Musician Gitsy Willis of ‘Murder She Wrote’ fame has died 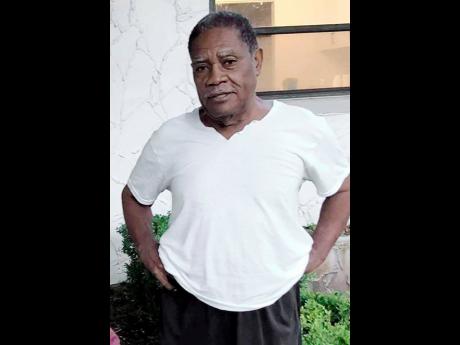 Contributed
Gitsy, as Willis was affectionately known, had been on dialysis treatment for more than two years.

Lloyd ‘Gitsy’ Willis, the genius guitar player and producer who distinguished himself as part of the Treasure Isle group of musicians and also Sly and Robbie’s Taxi Gang, has died. His widow, Shakira Willis, told The Gleaner that he passed away at 9:40 Monday morning, while undergoing dialysis at a facility in Portmore, St Catherine.

Willis, who played a leading role in the Chakademus and Pliers classic, Murder She Wrote, had celebrated his 73rd birthday on September 20.

“I took him to get dialysis at 6 o’clock this morning [Monday] and it would normally take about four hours. It was like any other morning. When I was leaving he kissed me and told me that he loved me and I smiled and told him ‘Behave yourself and don’t give the nurses any trouble’. When I went back to pick him up, I reached a little early, before 10 am, and the doctors greeted me and told me that he was no longer with us,” a shaken Willis said.

She said that her husband, who she has known for 20 years, but who she wed in March last year, has been doing dialysis for more than two years, and that he also suffered a mild heart attack in 2020.

“When he is on the machine his blood pressure drops sometimes and this time around they couldn’t bring it up back,” she explained.

Gitsy Willis was the father of one, a son, Lloyd Willis Jr, who lives overseas.

His colleagues in music have expressed their shock as they lament his passing.

Sly Dunbar’s response to The Gleaner’s request for a comment was, “Oh my God! This is unbelievable! Everyday I pray for him. Up to this morning I got up and said my prayer at about 6:30 and I prayed for him. This is a hard one. I wasn’t expecting this at all.”

He added, “Gitsy is someone I know from long time, we grow up together and we produced together. We worked together on Murder She Wrote and that blew up. We also worked on Chakademus’ album, Twist and Shout, as well as other projects. The last time I spoke to Gitsy he told me that he was on dialysis and that he had a mild heart attack. This pandemic thing just grab everybody attention and focus, and with social distancing I didn’t even get to visit him. We were texting one day and he told me that he had an album and I asked him if I could get it on CD, because I wanted to play it,” Dunbar recalled.

“If Karen was here, I couldn’t tell her this,” Jackson said. “There isn’t a nicer, quieter, more unassuming musician on this planet than Gitsy. He didn’t do excitement and hype, but when he picked up his instrument it was a different story. Gitsy was there with us, with people like Hux Brown and Lynn Tait, during the Treasure Isle days, but when he did Murder She Wrote, it catapulted him to stardom,” Jackson recalled.

He remembered him as “a sweetheart”.

“Yuh see like how people seh dem never hear Karen curse, well I never hear Gitsy curse yet. If there is an argument in the studio, Gitsy would just get up say ‘Alright’. After he got sick he became a semi recluse, but he built a studio at his house, so he would just call up people who he wanted to work with on his productions. He will truly be missed,” Jackson stated.

Murder She Wrote is one of the songs on Chaka Demus & Pliers’ 1993 album, Tease Me. It was first released as a single in 1992 and again in late 1993, reaching number 27 on the UK Singles Chart in early 1994. It was sampled by American-Spanish rapper, Pitbull in El Taxi; by French Montana in Freaks, featuring Nicki Minaj, and Omarion’s Post to Be, featuring Chris Brown and Jhene Aiko.