What one dubplate can do 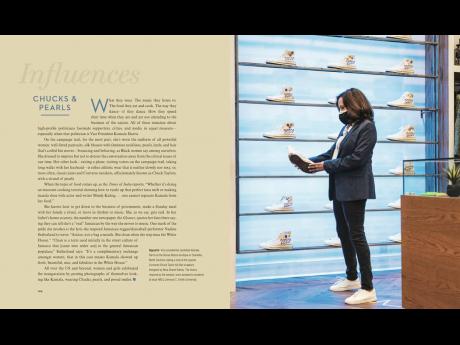 Christopher Measom
Page 146 of ‘Vice President Kamala Harris: Her Path to the White House’, sings the song of ‘Action’. 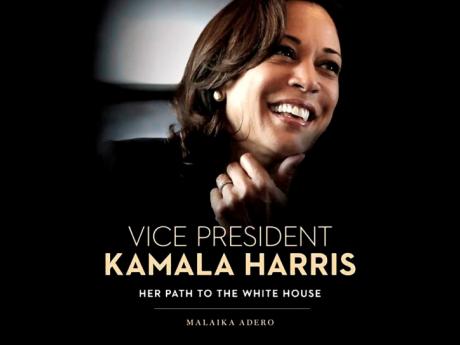 Christopher Measom
The cover of ‘Vice President Kamala Harris: Her Path to the White House’ by Malaika Adero with photo editor Christopher Measom. It is described as ‘the first fully illustrated book on Kamala Harris’s life and work, a retrospective that celebrates and honours her barrier-breaking achievements’. 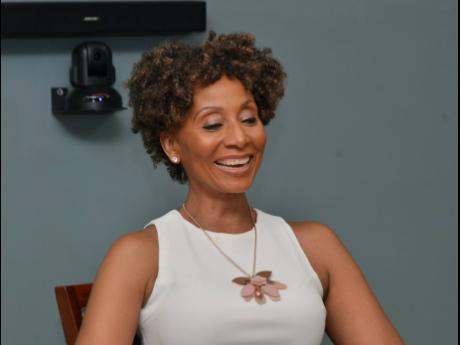 File
‘I am super proud!’ said Nadine Sutherland, speaking of the dubplate and the opportunity to speak about Jamaican culture in a book celebrating the rise of Kamala Harris.
1
2
3

Singer Nadine Sutherland and dancehall culture have found their way into a book celebrating the rise of Kamala Devi Harris – the daughter of Jamaican and Indian immigrants – along her journey to becoming the highest-ranking woman in the United States’s 244-year existence.

And Jamaica’s inclusion is the glorious tale of what one dubplate can do.

Authored by Malaika Adero and titled Vice President Kamala Harris: Her Path to the White House, page 146 sings the song of Action.

“She knows how to get down to the business of government, make a Sunday meal with her family a ritual or move in rhythm to music. She, as we say, gets real. In her father’s home country, the number one newspaper, The Gleaner, quotes her fans there saying they can tell she’s a real Jamaican by the way she moves to music. One mark of the pride she invokes is the lyric she inspired Jamaican reggae/dancehall performer, Nadine Sutherland to write: ‘Action, not a bag of mouth. She clean when she step inna the White House’. “Clean is a term used initially in the street culture of Jamaica that [came into wider use] in the general Jamaican populace,” Sutherland says. “It’s a complimentary exchange amongst women that in this case means Kamala showed up fresh, beautiful, nice and fabulous in the White House.”

It would take a whole string of superlatives to describe Sutherland’s amazement and joy at being able to represent for the culture at this level. The former teen star who came to prominence when she won Jamaica’s popular Tastee Talent Contest in 1979 has been holding this information tightly to her chest since April this year when she got the call asking about the dubplate. Now, she is ready to exhale.

“I am super proud!” a breathless Nadine told The Sunday Gleaner.

“I did this dub without any expectations, and look at this! Dave and I conceptualised this, and Snow Cone helped to rewrite the lyrics. When they called me in April, I explained what was meant in the lyrics and talked about ‘yuh nice, clean, decent self’. I am just so grateful to be given this opportunity to talk about our culture in a book such as this.”

Giving a quick recap, she noted that shortly before the United States presidential elections in December last year, she was contacted by her friend, Dave Rodney, to cut a dubplate giving a shout-out to Harris. The aim was to rev up support within the diaspora for Harris, whose father is Jamaican.

The request wasn’t really far-fetched because some referred to the Jamaican general elections in 2020 as ‘the dubplate election’ because dancehall artistes had been churning out high-priced specials of their big tunes for various politicians on the campaign trail.

Nadine told The Sunday Gleaner at the time that as a victim of political violence, she had stayed far from that dubplate debate. And although she was excited when she was asked if she would do a dub for Harris, she was a bit apprehensive because she didn’t necessarily want to be aligned to any particular party, whether Democrat or Republican.

“I am a child of immigration as my mother filed for us to go and live in the States, so there is a whole generation of Sutherlands growing up in the US. Growing up, I didn’t have any black heroes or superheroes. The closest thing I had was Wonder Woman. Now, my nieces and nephews in the US have Obama, and they have Kamala Harris, who is female and a child of immigrants, who were also successful. I am very happy to be able to do this,” Nadine said at the time.

A video message with the song, Action, urged persons to vote for Harris in the elections. The project, which was sponsored by Trevor Smith, was directed by Dave Rodney, and Shaun Walsh edited the video.

In a brief interview with The Sunday Gleaner, Rodney stated: “I am happy that Nadine as a Jamaican and a Caribbean American female artiste has been included in this milestone celebratory narrative. Both Kamala and Nadine are trailblazers, and it is wonderful that circumstances would bring them together, splashed across the pages of this exciting book.”

Vice President Kamala Harris: Her Path to the White House is from Sterling Publishing, a wholly-owned subsidiary of Barnes and Noble. It is described as “The first fully illustrated book on Kamala Harris’s life and work, a retrospective that celebrates and honours her barrier-breaking achievements.” Harris stepped into the history books as the first woman, first black person, first South Asian American, and first Caribbean American to hold the office.

The book is now available on a pre-order basis. It will be officially released on November 16.