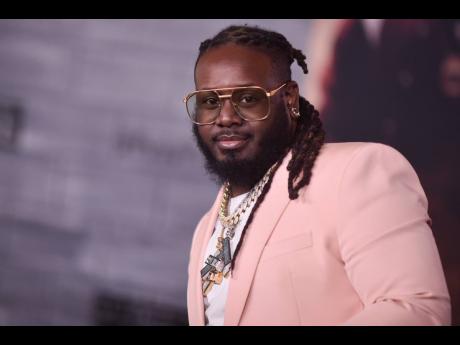 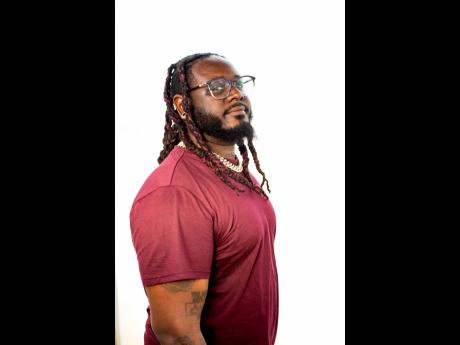 AP
‘I wanted to make sure that it wasn’t just a book of like screwdrivers, so I definitely was hands-on with a lot of it,’ shared T-Pain. 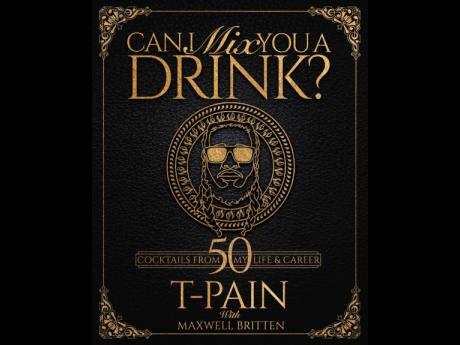 There may be a plethora of adjectives to describe music superstar T-Pain, but boring is never included. So when the idea of writing a book was presented, he knew what he would not be writing: an autobiography.

“I want to bring joy to other people. I don’t want to kill the mood. I want people to feel good when they read what I do,” said the Bartender singer. “So, I felt like why not do something that people can actually get something from?”

The Buy U a Drank singer is transitioning from consumer to instructor with his new book, Can I Mix You a Drink? co-written with professional cocktail expert and beverage executive Maxwell Britten, the book, which features gorgeous photos of cocktails on sleek black pages, is filled with 50 alcoholic drink recipes inspired by Pain’s music and career travels. He also offers brief, personal anecdotes before each recipe, many named after some of his biggest hits.

“When I go to these different places, all these different things that I probably didn’t think I would like, I ended up liking when it was done correctly in the region and from the culture that I was getting it from,” explained the Blame It harmoniser. “It helped to make this book pretty broad.”

In an interview with the Associated Press, T-Pain talked about creating the book, his passion for music, and if he’s finally ready to embrace his position in history as a musical trailblazer. Answers have been edited for clarity and brevity.

How hands-on were you with ‘Can I Mix You a Drink?’

I wanted to make sure that it wasn’t just a book of like screwdrivers, so I definitely was hands-on with a lot of it. I put in my weird requests… the I’m So Hood drink; I requested that [it] be served in a paper bag. The 5 O’Clock, I made sure that I had ice cream inside of it, like it was a beer float, basically. I had a song called Red Cup – one of the recipes is called Red Cup. It had to be served in a red cup – it’s the exact portions, and you actually pour into the lines on a red cup.

It was the I’m Sprung because I was drinking wine at the time. But now, it’s I’m So Hood, just because of the sheer ridiculousness of it being served in a brown paper bag… Seeing that paper bag just brings light to my day (laughs).

Can you tell us about your new music? ‘I Like Dat’ has already hit 22 million views on YouTube, and you just dropped ‘I’m Cool With That’.

It’s fun to not have to chase anything. I’m actually having fun making music again, and it’s not a job. It’s actually still my passion. It’s not something that I have to do to survive. It’s just something that I’m doing with my hobby in my spare time, and if it comes out dope, then why not let the world hear it?

You’re independent, so were you surprised at the success of ‘I Like Dat’?

Absolutely. Like I said, I’m not chasing the No. 1 spot. I’m not chasing money, so, you know, seeing the exposure and seeing the acceptance that it’s getting, yeah, that’s amazing…. The fact that people are still vibing with T-Pain in 2021 – yeah, I love it. That’s a dream come true. People would kill and die to last in the game this long.

Eventually, you’ll have an album called ‘Precious Stones’. What can we expect?

The reason it’s called ‘Precious Stones’ is because I feel like the world has been flooded with just the same white diamonds – like, white diamonds, meaning a metaphor as just the same kind of music all over the place. Everybody’s making the same music; everybody’s doing the same video… I look at jewellery like that, and I’m like, “Why are diamonds so expensive if there’s so many of them?” Everything got diamonds in it, everything – but what you can’t find a lot of is those precious stones.

You’ve received a lot of criticism in the past for popularising auto-tune, but have you begun to realise how much you’re actually appreciated by your fans and music lovers?

I see it sometimes, man. And it does break through the negativity a lot… As an artiste and as a public figure, we always see the negative first. That’s just what happens first. When we sit down and actually relax and chill out and stop trying to impress everybody, we do get to see the appreciation. And that’s where I am in my life. I’m actually chillin’, relaxing and sitting back and enjoying it.