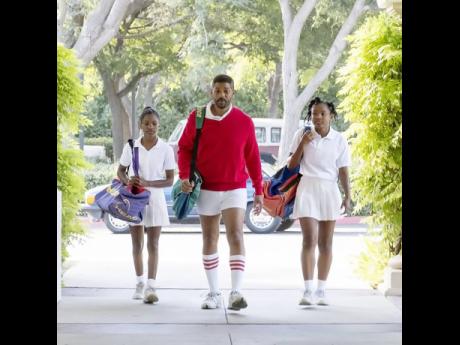 AP
From left: Demi Singleton as Serena Williams, Will Smith as Richard Williams and Saniyya Sidney as Venus Williams in a scene from ‘King Richard’.

When I first heard about this movie, I’ll admit to thinking it was an odd choice. While I’m not against making a movie about the man behind a pair of tennis titans, he’s not exactly my first choice. Venus and Serena Williams are living legends, and I look forward to their next cinematic treatment. Whatever that looks like, audiences will be lucky if it’s half as good as King Richard.

While he may not have the pedigree as his daughters, King Richard is a complex character all on his own. Despite his humble beginnings, his focus and determination make him a force to be reckoned with. Yet that same focus comes with a tunnel vision. Often in the film, the word of the king lays doubts. Throughout King Richard, it’s difficult to say if he’s being too hard on his daughters or not hard enough.

The reality of their situation is palpable. A violent environment is a strong motivator to escape to better things. Yet as much as there is to run away from, there’s even more to run towards. The chance to take your children out of a hard-knock life is balanced against the opportunity for them to be an inspiration.

While pressure makes diamonds, it also tends to burst a pipe. Richard’s plan for his daughters looms over the film like a religious prophecy, and each time it is tested, the film is at its most tense. As someone who’s never sat through a full tennis game, my ignorance of the sport didn’t keep me from the edge of my seat.

It’s all brought home by Smith’s performance. The subtleties are particularly impressive when seeing footage of the real Richard Williams. His hunch, his constantly pursed lips, and his unwitting charm. Everything brought forward by Smith. It’s a performance that hits home, proving heartbreaking in one scene yet utterly inspiring in the next.

All hail King Richard, the wise, and the humble. The film crafts a flawed and vulnerable mentor whose unending desire to push his daughters is all that keeps him going on the hardest of days. It’s a film that will have you cheering, crying, laughing, and sighing, and a performance worthy of the highest praise for Will Smith.