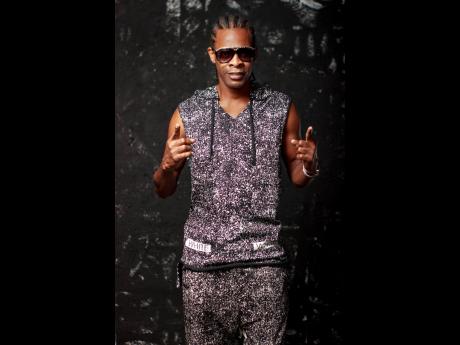 Mr Lexx’s brand has become synonymous with evolution. The entertainer, who popularised the rap-deejay style of delivery in dancehall, is a very talented freestyler, and has become a popular media personality through his social media presence and co-hosting duties on the defunct Nikki Z Live show.

Podcasting is up next for the artiste, who will roll out the promotional campaign for Mr Lexx Live in January.

“I don’t like not doing anything, and I like doing things that I enjoy doing, and mi enjoy chatting and making people laugh,” Mr Lexx told The Gleaner. “It’s not that I’m going to resign, but I’m almost at the end of my musical career. So I’m thinking about switching and making a transition and doing other stuff. So that’s the main focus right now.”

Without spilling all the details about the podcast’s format and content, Mr Lexx said it would serve as a platform for young artistes and see him “using my powers to help who mi can help. I don’t wanna tell you all of it, but people know I have a humorous personality, so it’s gonna be a funny show. The one thing that makes me somewhat relevant after 21 years is my personality. I’ve always been me, and that’s what my fans love me for. So as long as I have my personality, I think I’m always going to have a following.”

He is also aiming to have the product distributed across traditional and online media.

“HYPE TV is on board as far as TV is concerned, and I’m almost sure about Ready TV. As for radio, I don’t wanna say much about that, too, but it’s gonna be like a hybrid show, just like we had on the Nikki Z [Live] show.”

Despite his popularity, Mr Lexx is detaching himself from expectations.

“I just wanna do stuff instead of not doing anything, so wherever it goes, it goes … . All of the ratings, success and all of that is gonna depend on how creative I am, how professional I am and how much the fans accept it and draw to it. So I’m not setting any expectations. I am confident of what I’m bringing, so I just hope that y’all like the product and it end up buss.”

While it is a transition from music, the move coincides with his Touch Down EP, which highlighted six up-and-coming artistes, which he described as the most enjoyable aspect of creating the project. He did the same thing for his track WhatsApp Number, which features emerging act Soun Bwoii.

His latest release, Couldn’t You, was produced by Mineral Boss Records and aims to bring back the good old days of women flaunting themselves before the video light instead of “beating dem something pon the concrete”, as Mr Lexx put it.

“A one a dem Bounce a Gyal and ‘walk up inna di video’ (video light) type of songs fi give back the girls that feel-good type of vibe.”