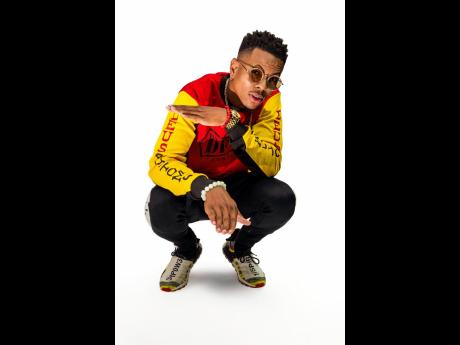 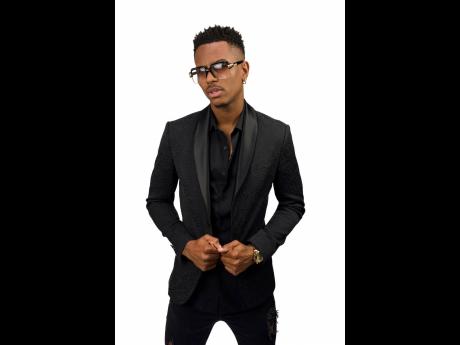 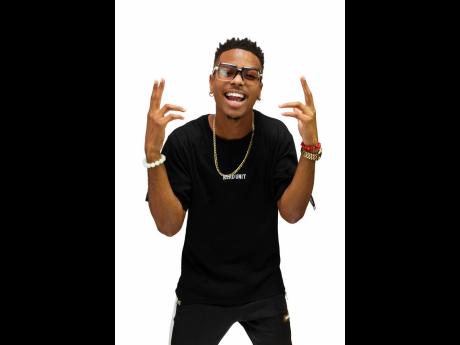 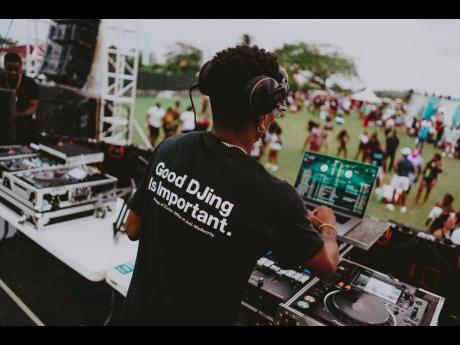 Just as his gold-framed glasses and hat to the back have formed part of his look, so too has DJ Puffy’s masterful turntablism, mounting accolades and trailblazing innovation come to characterise his career.

The Barbadian recently became the first DJ from the Caribbean to have a mix, Carnival Tabanca, on Apple Music, putting soca on the world stage while providing royalties to the artistes featured. The feat adds to his résumé of being the first DJ from the region to win the RedBull Three3style World Championship in Chile in 2016.

“These achievements represent the reason for my hard work and dedication: to continue to break barriers, especially coming from where I did, geographically and personally, as well as show to people who are in similar positions that anything is possible in life,” DJ Puffy, 30, told The Gleaner.

With more than a decade in the business and a lifetime in music, thanks to his mother, singer Denise Williams (who recently made a dance cameo in one of his live streams), DJ Puffy has upped the ante with Caribbean-EDM, his brand distinguisher which lures thousands of fans to his YouTube channel for live streams and immersive party experiences captured by visual storyteller James.

Creatively unchained, DJ Puffy is also a lifestyle vlogger and music producer. His later work includes the Dream in Colour EP and rhythms like ‘Dadli Daze’ (alongside DJ Quest) and ‘Summer Starter’. He’s gearing up to release songs with Grenada’s V’ghn, featuring some Jamaican acts.

His audience has included the likes of fellow Barbadian Rihanna, J. Cole and Jeremih, and his recent patrons were in Africa, where he returned to Tanzania and played in Kenya for the first time.

Today, his audience will be readers of Five Questions With as he mixes a bit of his success story with plans for the future.

1. You’ve been in the YouTube space for several years and have a large following. There’s also your website, merch, and active social media presence. Where did this business/marketing acumen come from, especially in a regional culture where people sometimes dismiss the profession as viable?

I love that you said that ‘people sometimes dismiss the profession as viable’. I’ve been fighting to prove this to the Caribbean for my entire career! Ha ha. I’ve always had a passion for business and entrepreneurship. My educational background is in computer science, so ultimately, I have always tried to turn my passions and hobbies into businesses. I also genuinely like social media, so I find it fun to rope my love for music, tech, marketing and business into the social ring. Being able to do what I love, share it, engage with others and monetise it, is such a great feeling!

2. Some of your highest-viewed DJ mixes were filmed by James, who gets an honourable mention on the channel. Who is this James, and why did you opt for this visual format versus just going live on Instagram?

First of all, everybody go follow James on Instagram please (laughs), @AlxdrJames. James is my photographer and videographer, who also happens to be one of my best friends! He was an avid follower of mine when I first started DJing on SLAM FM in Barbados, and one day I saw on Facebook that he was into photography. That was around the time I wanted to take my branding to the next level, so I hit him up, and from then we’ve been a team. The visual format that we chose on YouTube is all James; that’s his style, and I just let him do his thing. I love that his style is energetic and unique — it complements my energy perfectly. I prefer this over Instagram for a number of reasons: the quality is higher, and the platform (YouTube) is built for longer-formed content; therefore, people spend more time watching. I will probably make a YouTube video on this question. Thanks for the idea! (Laughs out loud.)

3. Your TLC ‘No Scrubs’ cover on Craig David’s ‘7 Days’ instrumental threw me for a loop, but it was masterful. Where do you pull inspiration from?

My inspiration comes from everywhere! My love for all types of music, mixed with my Caribbean background, definitely brews some cool blends sometimes.

4. How has the pandemic affected your brand and visibility?

The pandemic affected my brand and visibility in a positive way. I sat down, focused on what I had control of, and put my energy in those directions. Without the downtime that came as a result of the pandemic, my YouTube channel, Twitch channel, my website, even the songs I produced wouldn’t be at this level. I took the time and looked at how I could increase the visibility, reach and engagement of the brand, then took action.

5. You’ve accomplished so much and continue to expand your reach. Is there anything else that you haven’t done that you want to do?

The workshop is definitely coming in 2022. My management team also pulled some of my mentors into the plan, and now we are aiming to provide even more value to those who attend virtually AND physically. Definitely working on more collaborations in fashion. I’m not allowed to share the other things (laughs).