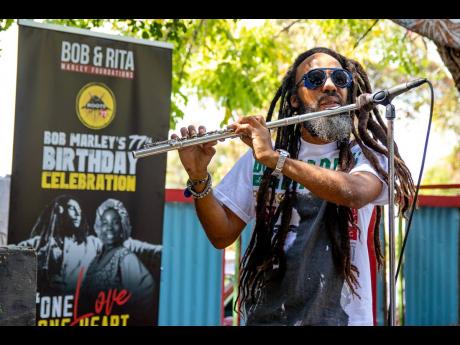 Contributed
Where words leave off, music begins with flautist Andre France at the ‘Back To Our Roots Beach Clean-up & Concert’ which forms part of Bob Marley’s 77th Earthstrong celebrations for 2022. 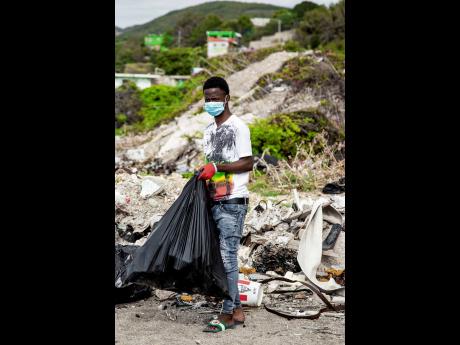 Contributed
More bags of victory against the enemy called pollution. 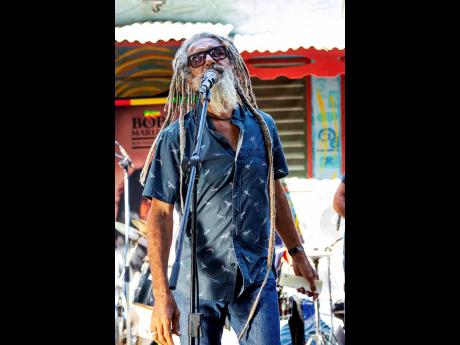 Contributed
Billy Mystic performed and hosted a slew of upcoming talents at the ‘Back To Our Roots Beach Clean-up & Concert’. 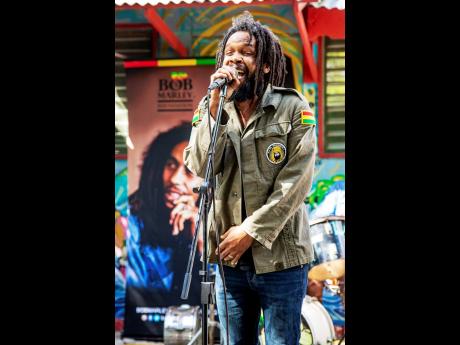 Contributed
Roots Rastafari artiste Micah Shemaiah serving up a set at the concert.
1
2
3
4

As part of Bob Marley’s 77th Earthstrong festivities, #Roots77, the Bob and Rita Marley Foundations staged a beach clean-up and live show to spotlight environmental consciousness as one facet of the late reggae icon, Bob Marley’s holistic wellness livity. The event took place last Saturday at Bull Bay’s cultural monument, Jamnesia, and concluded at 11:00 a.m. with the Back To Our Roots concert.

The beach clean-up aspect of the project focused on communities as the branches of broader society, so residents were mobilised to clean up a stretch of beach from 7 Miles to 8 Miles in Bull Bay, St Thomas.

This was followed by a pre-recorded concert at Jamnesia, which is popularly known as the home of the Wilmot family, who are globally renowned for their musical and surfing abilities. The family is also helmed by Billy Wilmot, lead vocalist of the Mystic Revealers reggae band, who acted as emcee for the concert and performed a rousing opening number before introducing the other featured artistes.

These included Earth & the Fullness, whose new single Life Has Meaning, produced by Natural High Music, was a major hit; the eclectic From the Deep band, talented newcomers Frogg Boss and Blacka Lion, and Micah Shemaiah, who closed the show with a spectacular performance of tunes like Black Black, Easy Breezy and Original Dread.

All performances will be included in the live-stream of Bob Marley’s 77th Earthstrong Celebrations on the Tuff Gong TV YouTube channel on February 6, starting at noon.