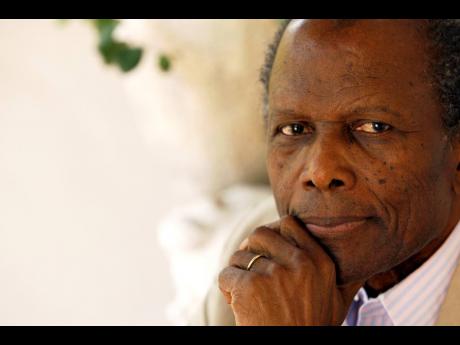 AP
A private memorial is to be held for actor Sidney Poitier.

The iconic actor passed away on January 6, at 94, and his family have now confirmed that his memorial service will be a private family affair because of the COVID-19 pandemic.

In a statement shared with Entertainment Tonight, the family said “The Poitier family so appreciates the wonderful outpouring of love, support and affection for Sidney. There have been many inquiries about an event to honour his life. At this time, due to the coronavirus pandemic, a private memorial service has been arranged for the family, with the possibility of a more public memorial service, should the virus’ numbers subside in the near future.”

The family has encouraged fans to donate money to some of the late actor’s favourite charitable organisations.

They said: “In lieu of flowers, those wishing to honour him are encouraged to donate to some of his favourite organisations and charities, including The Children’s Defense Fund, The United Negro College Fund, and the Alzheimer’s Association.”

Poitier was the first black winner of the Best Actor Oscar, for his work on Lilies of the Field.

He grew up in The Bahamas but was granted US citizenship after being born unexpectedly in Miami while his parents were visiting the US. He relocated to America when he was 15, landing his first movie role in 1955’s Blackboard Jungle.

The Hollywood icon was first nominated for an Oscar in 1958 for The Defiant Ones, and made history with his win six years later.

Poitier’s death was announced by Fred Mitchell, the minister of foreign affairs in The Bahamas.

He said at the time: “We’ve lost a great a Bahamian, and I’ve lost a personal friend.”