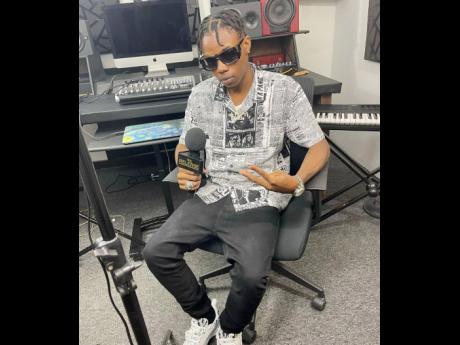 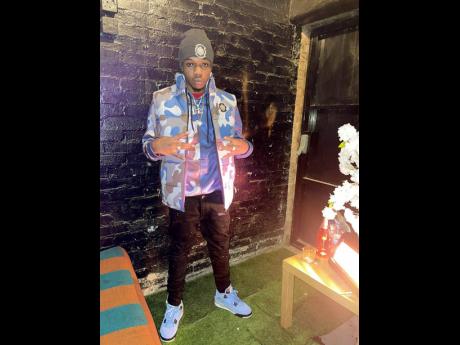 Contributed
Likkle Vybz has come a far way since making his music debut eight years ago with his brother, Likkle Addi, as PG-13.
1
2

Even on tracks which offers toasts to a lavish lifestyle, Likkle Vybz injects messages of money management and investments.

His entrepreneurial gene is attributed to his parents Vybz Kartel (who recently shared that the 19-year-old has invested in real estate) and Tanesha ‘Shorty’ Johnson, whose Short Boss Muzik label produced several of his songs prior to the formation of his and Likkle Addi’s Uptown Gaza Records imprint. It is on this label that the brothers, who record music together as UTG (Uptown Gaza/Greatness), released their debut album Team Different on May 6.

Given name Adidja Palmer, the singjay is keen on building his brand identity and generational wealth, themes that permeate the 13-track album. Likkle Vybz also gets personal on the project, dedicating Miss World Renowned to the mother of his seven-month-old son. He’s come a far way since making his music debut eight years ago with Likkle Addi as PG-13, and hopes the album will stamp their name in the industry.

Hear more about the man behind bangers like Daily and Give Thanks in this week’s Five Questions With.

1. Team Different is a multi-genre offering but the Latin feels on songs like Euphoric Love and Miss World Renowned are undeniable. Why Latin music?

It’s not Latin music, it’s strictly dancehall. It has a Latin vibe because of the rhythm that was used and the reason for that is because we always try to be versatile and with this project, Team Different, we think we showcased our talents very well and we occasionally listen to the Latin artistes so maybe that was an indirect influence. We’re also looking forward to doing a remix for Euphoric Love so that’s something the fans can look out for and the Latin audience as well.

2. From your surname to your ‘Uptown Greatness’ lifestyle and career success, you have a lot of reasons to flex. How do you stay grounded?

We have always been in the media from birth so it’s nothing new and our parents always give us talks of wisdom and just simple life lessons which go a long way. Even though in our music it may feel like we’re always singing about girls and flossing and money, we have morals and that, I can say, keeps us grounded.

3. On that note, a lot of fans have commended the motivational messages in your last release, Glory. What inspired that song?

As I said previously, our parents have always played their part and they talk to us about life, right and wrong, and we learn from mistakes they made that they help us to avoid. With that being said, I just know that even though most people may have it harder than some, everyone is going through something because everyone has their problems which they face daily and I just expressed how I felt and what I know the people are going through because we all have problems which we can relate to at some point.

4. How has becoming a father impacted your ambitions or dreams?

Becoming a father really just fuelled the fire I had even more because now you know that you have to do it big or to the best of your ability to set an example for your child because they will look up to you. I want my children to know that their father is ‘that guy’; you know, that he really did what he was supposed to do and whatever he wanted to do so why should anything stop me? That’s what I see when I see my father and mother so I’m really just pushing for bigger and better goals while achieving what I already set out to achieve.

5. How do you balance a solo career, running a label (with signee Leslie UTG), plus being a family man?

I learned from the best so it’s not something that will get the best of me. It’s something I look forward to doing every day and you just really have to be grounded and know that you have goals that you want to accomplish and also the fact that you need to be active in order to make a living and survive. You have to have a drive and a passion for whatever you set out to do.