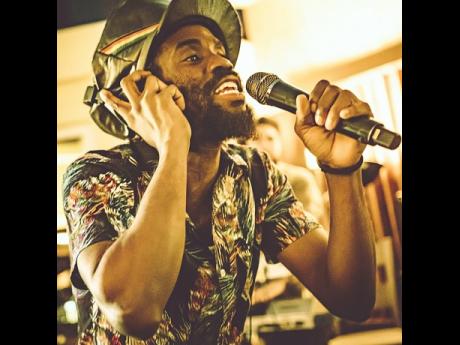 Contributed
Hector Roots Lewis will make his debut as Tribal Seeds lead singer at the Cali Roots Festival on Saturday.

Hector Roots Lewis will join the award-winning reggae band Tribal Seeds as their lead vocalist for their 2022 summer tour throughout the United States. The band’s lead singer, Steven Jacobo, has taken a hiatus from live performances.

“The band will continue to perform live without me, and I will continue to write and record songs for Tribal Seeds” he penned. “I want to thank the talented and crucial vocalist, @hectorrootslewis for stepping up and filling in as the lead vocalist in my absence, also my brother Tony-Ray and the band for pushing forward.”

Sharing the news with his fans and supporters on social media, Hector thanked the West Coast-based Tribal Seeds team for the warm welcome. “[It is] always an honour and a joy to learn and grow with a family of passionate musicians and be a part of this movement to spread love through reggae Music with the world. UPFUL vibes!” he shared.

In a video reasoning with long-standing band member Tony Ray Jacobo, which was shared on social media, Lewis, who has also performed with Chronixx & Zincfence Redemption for almost a decade, expressed his sincere gratitude for the opportunity to tour with the band.

The Jamaica-born multihyphenate, who is known for his smooth vocals, powerful command of percussions and energetic stage presence, has enjoyed a bumper year as a solo artiste – most recently with the release of his second single, Let’s Groove, from his soon-to-be released EP.

Hector will make his debut as lead vocalist with Tribal Seeds at the Cali Roots Festival on Saturday, May 28. The Let’s Get Kraken 2022 tour features Dirty Heads, Grammy Award winning band SOJA, Tribal Seeds, Artikal Sound System and The Elovaters, from June through to August.