‘The pandemic is still ongoing’ 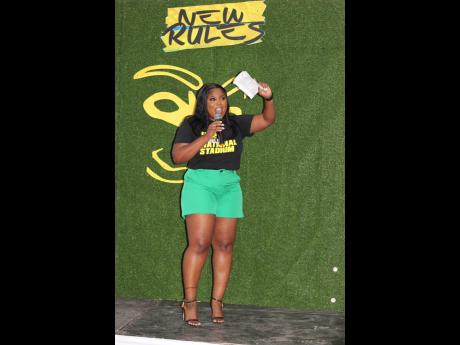 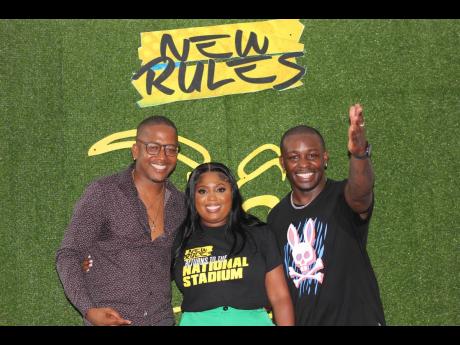 In 2020, dancehall hitmaker Alkaline was forced to postpone the New Rules concert in Jamaica due to the global coronavirus pandemic. It has had the entertainer’s fans on their toes awaiting the return of the event to Jamaica, which is slated for July 2.

The event, under the stewardship of New Era Productions, is expected to attract a large patronage to the National Stadium and, according to the chief executive officer and Alkaline’s manager, Kereena Beckford, the team is not taking any shortcuts when it comes to the health and safety of its supporters, as well as staff and guest entertainers.

“The pandemic is still ongoing,” Beckford said in her opening speech at a media launch for the New Rules Festival held last week.

“We’re still mindful of the fact, and we want to make sure our patrons are safe and everyone is countable as secure at the location,” she continued.

The event organiser announced its health and wellness partners, Konnexx Services Ltd, and spoke of the 360-degree body sanitisation the sponsor would be providing. The stations, which have the temperature monitor feature, scan the facial features and alert of persons who are not properly masked, and release mists of safe disinfecting solution all over the body, will be placed at both the entrances and exits of the venue. Sanitisation stations will also be placed inside, Beckford said.

The inaugural staging of Alkaline’s New Rules in 2017 saw more than 30,000 patrons coming to witness the epic showcase. When the Vendetta artiste stepped on to the stage, it triggered a stampede of anxious fans trying to get as close as possible. It served as a learning curve model for future executions and, even now, Beckford has reassured that there will be “tight security” as they anticipate an incident-free event.

Beckford had other major announcements to make, including a $1-million donation to the Jamaica Society for the Blind to aid with operational needs.

“New Era Productions is committed to executing its corporate social responsibility. This isn’t our first philanthropic endeavour, and it won’t be the last. We stand by our commitments and hope this donation to the Jamaica Society for the Blind will help strengthen their efforts,” she said.

Publicist and assistant event coordinator Rickardo ‘Shuzzr’ Smith expressed gratitude to the brands, stating that they “underscore what it means to be socially responsible” as part of corporate Jamaica.

“New Rules Festival is an event for the people, and we’re thankful to the respective brands for their partnership and long-standing commitment to Jamaica. One strategic partnership was definitely that with Konnexx Services Ltd, which is providing leading sanitisation technology. Given what the world has experienced, and is still experiencing, as a result of COVID-19, it’s important [that] events integrate the necessary protocols and systems to ensure [the] health, safety and welfare of our guests. The entertainment economy, though reopened, is fragile, [so] we must strike the necessary balance,” Shuzzr said.

Alkaline has been celebrating the successful release of his Top Prize album, holding on to a trending status with the latest single Static and being the muse of American designer Matthew M. Williams, whose haute sportswear line hit the Paris Fashion Week menswear show. The looks were defined by long and loose silhouettes, frayed hems and full face masks. Givenchy models strutted down the catwalk in true dancehall-themed street style to the sounds of four songs from the artiste’s catalogue reverberating throughout the speakers.

“It’s no surprise that ‘The Manhimself’, who I’m proud to call my brother, continues to make huge strides in reggae and dancehall music globally. Since his introduction and ascension to the helm of the genre, he has represented well, fuelled by his artistry and authenticity, as well as his loyal supporters. Alkaline continues to redefine the space as an independent artiste,” Beckford said.

“Dancehall’s influence on cultures, genres and fashion across the world is renowned and this new milestone demonstrates not just the economic value of the genre and our culture, but also Alkaline’s growth as he champions and ushers in a new era for Jamaican music. Our team, on behalf of Alkaline, would like to express our sincerest appreciation for the inclusion in said showcase. We look forward to a continuous great partnership and a successful New Rules Festival,” she continued.