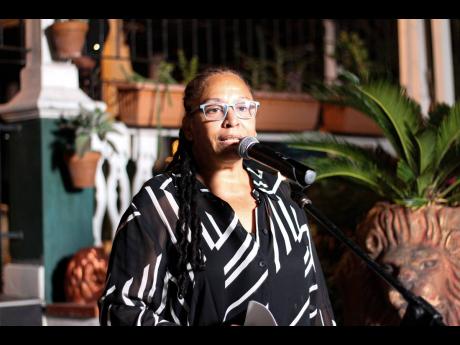 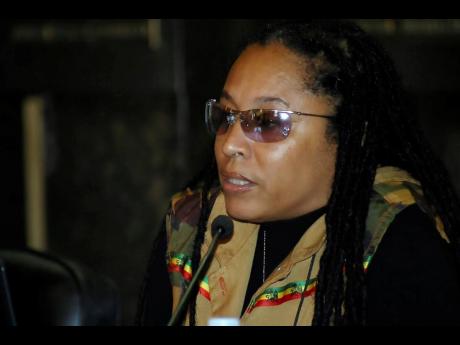 Known for her love, knowledge and unwavering will to promote reggae music locally and abroad, Andrea Davis embodies what it means to blend passion and purpose. From conceptualising International Reggae Day (IRD) in 1994 to organising the annual celebrations, Davis wears many hats when it comes to Jamaica’s music and creative industry. Guided by her belief that “reggae is the first true world sound”, she has travelled the four corners of the globe to spread and study the impact that the genre and culture have had on people of diverse backgrounds.

She has worked with many of the island’s greats, including Toots and The Maytals and Morgan Heritage, all while serving as a lecturer; brand, creative and policy consultant; writer; film and television producer; and public speaker. Davis’ key areas of strategic focus include intellectual property, the creative economy, and branding. She has done extensive work with the Jamaica Production Corporation, Jamaica Music Society, Jamaica Intellectual Property Office, and the Jamaican Government, with the sole aim of advocating for the development of the music and creative industry and packaging it for a global audience, so that the island may reap the maximum benefits.

As The Gleaner celebrates International Reggae Day, commemorating 60 years of ska music, Davis speaks with Five Questions about the current state of the local music industry and the importance of IRD in keeping reggae relevant as it competes with other rising global genres.

As Jamaica celebrates its 60th anniversary of Independence, IRD spotlights ska music as its soundtrack. Ska culture, its pioneers and ambassadors are being celebrated for their contribution to Jamaica’s rich music legacy. Ska was the first commercially successful music export gifted to the world, and the world has, in turn, cultivated a bountiful garden seeded by Jamaica. Music historians typically divide the history of ska into three periods: the original Jamaican scene of the 1960s (first wave); the English two-tone ska revival of the late 1970s (second wave); and the third wave ska movement, which started in the 1980s and rose to popularity in the US in the 1990s. The fourth wave includes the global explosion of ska with home-grown bands, festivals and labels, from Asia to Latin America, in the last two decades.

2. IRD celebrations cater to a global audience as reggae is known and supported across the world. With the rise of genres such as Afrobeats and reggaeton, which have gained popularity and support worldwide, how do the celebrations keep reggae music relevant?

Reggae music is the first true world beat, and it has been propelled by a diverse audience that has embraced the genre as an important part of global culture. Jamaican music has given rise to a number of home-grown variations of its influence, from ska punk to hip-hop, reggaeton to EDM. Jamaica has been at the epicentre of creativity for the past 60 years and has gifted the world with six genres of music, which continue to enjoy market appeal around the world. As an innovative, creative source, Jamaica remains an important contributor to global culture, but the explosion of Afrobeats and reggaeton have, by and large, outperformed Jamaican music, with the exception of Bob Marley and Sean Paul. IRD is a marketing platform for the best of Jamaica’s creative industries and the international Jamaican music industry. It serves as a catalyst for media, brands and stakeholders around the world who use it to advocate, celebrate and inform the growth of reggae globally. IRD is a hybrid festival blueprint designed to unite, inspire and uplift the global reggae community. Powered by participating media and event partners in the past, IRD has been celebrated in over 40 countries, including the UK, US, Canada, New Zealand, Australia, Brazil, India, China, Singapore, Thailand, Kenya, South Africa, Nigeria and the Caribbean.

3. What do you think is missing from the current local music industry, and if given a chance, how would you improve it?

A number of steps are needed to foster the enabling ecosystem required for Jamaica to remain competitive in the international music industry, including education and training, access to capital, venue and institutional infrastructure, and marketing and promotions. For over six decades, the world has been trying to sound like Jamaica, from Ms Lou’s elevated Patois to Bob Marley spreading reggae to the four corners. For the last decade, however, it feels like Jamaica has shifted from innovating its own sound expression to imitating others. We need to connect the roots to the branches so future generations can have a solid foundation from which to build the next chapters in Jamaica’s music legacy.

4. When you founded International Reggae Day in 1994, what motivated or inspired you to do so? Tell us the story, and the journey to where we are now.

International Reggae Day was inspired by a speech made by Winnie Mandela during her visit to Jamaica with her husband Nelson, after his release from prison, in which she spoke about the power of reggae music to inspire and uplift the people of South Africa in their fight against apartheid. Struck by the impact of Jamaica’s culture so far away, the idea of a day to celebrate this genre through media was born in 1994 as Reggae Day and expanded to International Reggae Day in 1996, after the birth of the Internet, which offered an exciting new way to connect with the world.

5. What are some of your favourite ska hits and performers, and who and what hits are you listening to now?

For me, The Skatalites, as the genre’s chief architects, remain the standard for ska with anthems like Eastern Standard Time and Guns of Navarone. Classics from artistes like The Maytals – Ska War and Never Grow Old; Millie Small – My Boy Lollipop, Desmond Dekkar – Israelites; Prince Buster – Al Capone. The Wailers – Simmer Down, and Derrick Morgan – Forward March, are currently in rotation on my playlist for July 1.