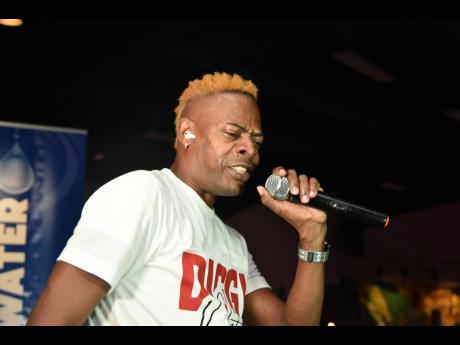 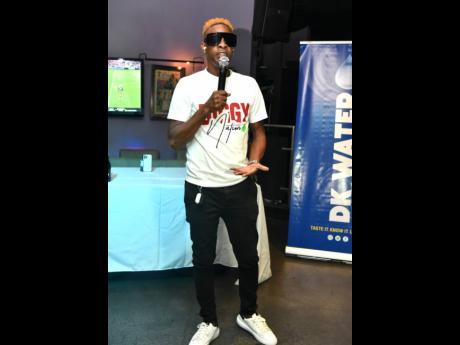 Kenyon Hemans
As he prepares to release his final album, Mr Lexx is preparing for the next chapter and celebrating 30 years in the business.
1
2

After breaking out in the industry in 1992, Mr Lexx, formerly known as Lexxus, delivered hit after hit, securing his place among the dancehall heavyweights of the ’90s. Easily identified by his raspy voice and witty lyrics that have earned his tunes a spot on party playlists to this day, the self-proclaimed Prince of the Dancehall is celebrating 30 years in the business this year.

Born Christopher Palmer, the Full Hundred deejay never got his big break on the scene until 1999 with tracks like Get Wid It and Cook. In 2000, he released his first album, called Mr Lexx, which spent five weeks on the Billboard Reggae Chart and peaked at number 12.

Though his road in the industry has been paved with challenges, Mr Lexx is ready to take a new route, especially after recovering from an emergency surgery earlier this year after his right lung collapsed during a performance. With his fresh lease on life, he answers our questions in this week’s Five Questions With.

1)What does being in the music industry for 30 years mean to you?

2) What is your most memorable moment?

I love what I do so much, so I have so many memorable moments. My top two or three would be – I was right there when Kanye West took the mic from Taylor Swift. That year I was nominated along with Major Lazer for Best Breakthrough Video at the MTV awards, and that was a moment I will never really forget. In 2006, my single with Wayne Wonder and other international stars, [including] Capone-N-Noreaga fuelled the Heineken Red Star album from Def Jam to a Grammy nomination. I just posted on my Instagram that I have been to 50 different countries on the planet, and not only is that a milestone amongst my peers, but that’s a milestone amongst the world, ‘cause a lot of people don’t even get to go to three countries. My music allowed me to go to 50 different nations on the planet, and that’s an amazing thing.

3)Was there ever a point that you thought you would quit?

Every damn time. So many times, but I guess that’s why your parents would always tell you to figure out what you love and pursue it, ‘cause once I figured out what I loved, even though sometimes I get up feeling like I don’t want to do this any more and I am fed up, I always find reasons to carry on and keep pushing on. Most of that reason, too, is my friends, who I call Diggy Nation. They are an amazing fanbase. It nuh tek no punk fi still be relevant in 2022.

4) What’s your formula for longevity?

Mi nuh have a bit of bad mind inna me. But I think it’s making good music. I try to tell the yute dem seh don’t make no music fi wah gwaan, ‘cause when it gone, the music a guh gone wid wah gwaan. Try to make sustainable music. Try to make music that not everybody will agree on, but [the] majority will agree on, or the majority gonna relate to. Once you have the majority relating to what you do, then it’s gonna be around for a minute.

5)You are launching your celebration of 30 years in the business. How exactly are you commemorating the milestone?

I just launched my website, www.diggynation.com. I am moving into merchandising. So I have shirts and tank tops for the ladies, and I am taking it step by step and little by little to get to sweatshirts and all of that. This is another way for me to make money without me having to be on stage. We are also giving back to Jamaica through charity from the proceeds raised from the event on November 5 at Sabina Park. We have a lot in store, and I am just grateful to be at this point.