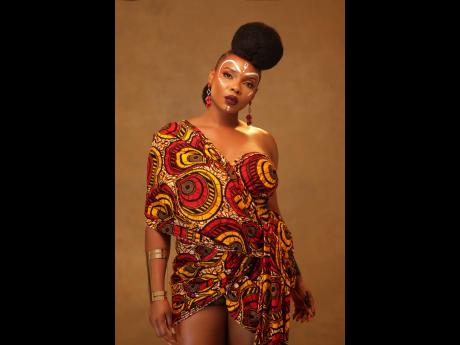 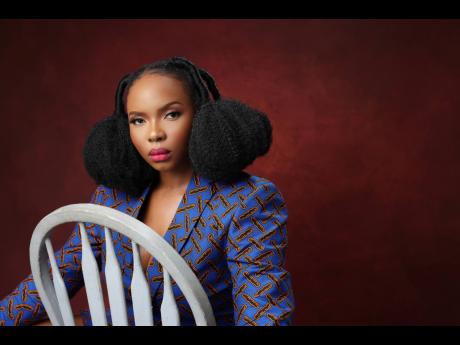 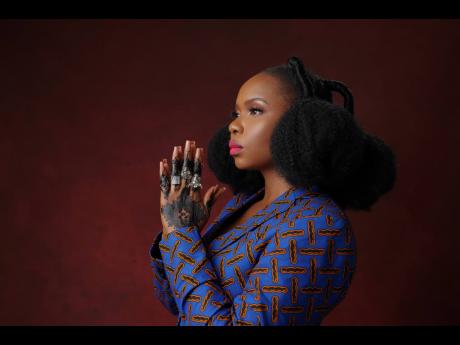 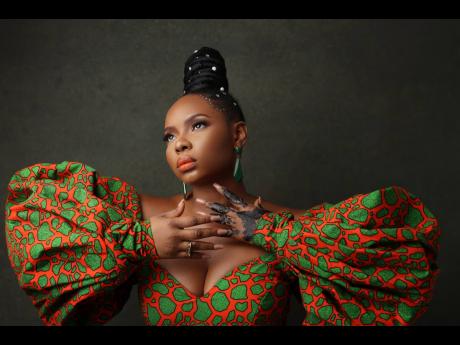 Nigerian afro-pop superstar Yemi Alade is bubbling her way into the hearts of dancehall music lovers. She has declared her love for Jamaican musical genres and looks to collaborate with many more reggae-dancehall artistes before the year ends. Earlier this year, her single titled My Man, which featured Kranium, was released, first with animated visuals that caused a stir and had her fans dancing and laughing.

With over 25 million followers across social media platforms, Yemi Alade’s brand has demonstrated that it has international appeal. Some of her best hits are: Tumbum, Kissing, How I Feel, Bum Bum, Ferrari and her breakout hit Johnny, which has amassed over 140 million streams on YouTube alone. “Since Johnny, I must say I have been given opportunities to tour the world, and now, in some places, my music has been there but not me but very soon,” Yemi Alade told The Gleaner in a recent interview.

In 2019, she was featured on Don’t Jealous Me, a track from Beyoncé’s compilation album The Lion King: The Gift. She appeared on the track alongside Mr Eazi and Tekno. She was also featured on Beninese-American music icon and activist Angelique Kidjo’s Mother Nature, which won the 2022 Grammy Award for Best Global Music Album, defeating WizKid and Afrobeat originator Fela Kuti. Yemi Alade has been primed to be the first Nigerian female artiste to win a Grammy Award, but she is not fussy. Her recording career continues to bubble as she makes an afrobeats-dancehall connection with Spice, crowned the Queen of Dancehall. The single Bubble It, released only two weeks ago, has garnered over four million views on YouTube and has Yemi Alade excited.

“Before recording, I always have a mission or goal in mind. I write the topics down. I see myself as a very versatile person – a vessel – and that music goes through me. Whatever comes out, it is what is communicated to me by the music and the rhythms,” she shared.

In this week’s Five Questions with, she reveals her type of man, the challenges she faces in the music industry and what she would like to do when she visits Jamaica.

1. Since releasing ‘My Man’, do you get asked a lot about the qualities you look for in a man? Do you look for something specific in a significant other?

Yes, I keep getting questions in interviews about what kind of man I fancy. So, I try to be truthful or as honest as possible and not just describe prince charming. I believe the man that any woman desires goes beyond just the physical. I mean, physical looks are a thing because it is good to look right with your clothes on and off. The most important thing that keeps any relationship going is what’s between the ears, the brain, the mind, the soul, and do you also have my best interests at heart? If a man’s goals in life fall in line with mine and if they are going towards the same direction, then it is a match made in heaven. A lot of people fall in love, but then their desires for life don’t actually intertwine nicely. For someone like me, especially with my career, it is important to have someone who understands my perspectives and life goals and is ready to support me just as how I would support him. That’s why in the single My Man, the first line, I said in Pidgin, “six packs isn’t what make me fall for you”.

2. Would you say, as a woman, it was difficult to break into Afrobeats and the music industry or that it is more male-dominated?

It’s an African situation where the females in every industry get the end of the stick. Over time there has been advancement because women aren’t sitting down and taking it. Females are trying to earn it. I like to always encourage my females; it is difficult, even for the males but 10 times more [for women]. Most people don’t rate us. They don’t think we are able to handle it. We are much stronger than we look, and most times [it is staring] them in their faces, but we have to prove it.

3. Speaking of language, we often hear that because people cannot understand the patois in dancehall, it limits the music from going further. Have you encountered persons saying this about your Afrobeats music?

I am going to be sincere, yes, I do, and this is a big question. Some people in [the] A&R side or in the business will raise certain concerns about how the language barrier may become a thing. But then again, we all realise that changing our accents would mean changing an entire genre and changing what is original to you and, for me, what makes me stand out, which is my Africanness. My Africanness is my superpower, and if I change it, then I’ve lost a huge chunk of myself, and that would be a sacrifice that I cannot make. I found through touring the world that those who are for you are for you, even as a human being first, not as an artiste. I find that I have fallen in love with several songs. I did not understand the words they were saying, I understood the assignment, and it resonated within my soul. I could feel the pain or happiness in the song, and that goes to show that music is its own universe. There [are] no tribes there, no language, only melody, rhymes and vibes.

4. What else have you been focusing your energy and time on outside of music?

For the year 2022, alongside my music, I’m really trying to give my voice to a lot of organisations who are trying to help humanity, especially in my role as a Goodwill ambassador for the United Nations Development Programme. I would like to leave my mark, not just musically, but in the lives of the people who need a helping hand. Hopefully, when I come to Jamaica, my charity, the James and Helen Pathway Foundation (which is named after my dad and mom), can perhaps help a few persons. Sometimes, even in your household or on your street, you see people who need help, and it’s good to give.

There is this picture and video I have saved for years; I wanted to come before [the] COVID-19 pandemic. I see people on these bamboo … what is it they call it … the rafts. I want to go rafting on the river. I also want to go to the street dances where they are doing the real dancehall movements and choreographies. Jamaica should hopefully be seeing me this year.

BRAWTA: What is a typical day off like for Yemi Alade?

I keep finding work to do, even when I am supposed to just chill. In my home, it’s a movie day, but I like to take my days off outside my house so that I don’t find work to do. I’d maybe get an apartment, order some good food, be by the waterside, have a few drinks with good company, do yoga to work out, and just replenish my body and get my zen together. Another typical day off is for me to connect with nature.