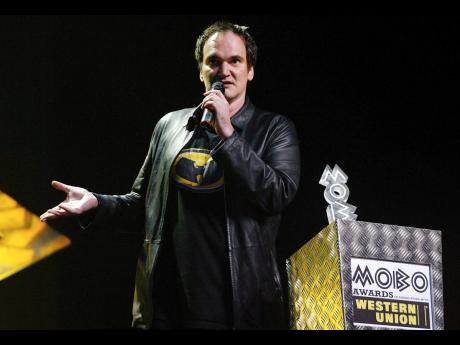 File
Director Quentin Tarantino at the MOBO Awards in London, England in September 2007.

Quentin Tarantino has defended his use of the N-word in his movies.

The 59-year-old director, who has been at the helm of Once Upon a Time In Hollywood, Django Unchained and Pulp Fiction during his illustrious career, has dismissed the controversy surrounding a white film-maker including the word so often in his films.

During an appearance on HBO Max’s Who’s Talking to Chris Wallace, the host asked Tarantino: “You talk about being the conductor and the audience being the orchestra. So when people say, ‘Well there’s too much violence in his movies. He uses the N-word too often.’ You say what?”

He replied: “You should see something else.”

The director added: “Then see something else. If you have a problem with my movies then they aren’t the movies to go see. Apparently I’m not making them for you.”

Despite the backlash over the years, Samuel L Jackson, who is one of Tarantino’s long-time collaborators, has defended the film-maker in the past.

In 2019, he said: “You can’t just tell a writer he can’t talk, write the words, put the words in the mouths of the people from their ethnicities, the way that they use their words. You cannot do that, because then it becomes an untruth; it’s not honest. It’s just not honest.”

The previous year, Jamie Foxx, who starred in Django Unchained, revealed he didn’t have any issues with the N-word being used, despite it being said over 100 times in the script.

Tarantino’s comments come after he has reiterated that his upcoming 10th movie, which is yet to be announced, will be his last one.