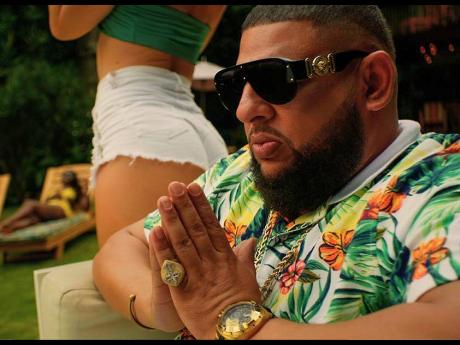 Contributed
With a renewed passion for reggae and dancehall, Mossy Kid has come out firing on all cylinders with a new single titled ‘Higher Level’. 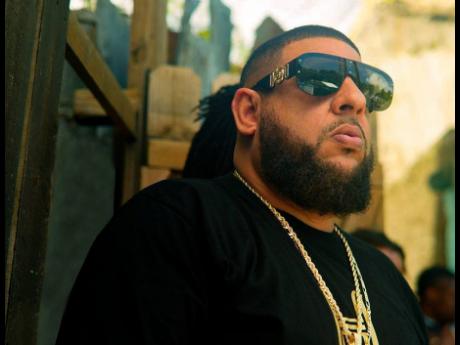 Contributed
Damian Moss-Solomon has not given up on his dream to create a legacy from recording and producing music.
1
2

After a long hiatus from the stages and studios, Damian Moss-Solomon, a former member of the acclaimed dancehall collective Dutty Cup Crew, has returned to the scene. The reggae-dancehall entertainer, who performs under the moniker Mossy Kid, has been holding on to the childhood dream of creating a legacy out of recording and producing music, sharing that “the flames of passion were never extinguished” in his recent interview with The Sunday Gleaner.

“I started out in the industry as a teenager without a plan B. There was no sort of backup plan. As luck would have it, at age 17, I was blessed with my first daughter. A turning point in that period of my life was not being able to pay bills – seeing myself broke, not putting anything on the table and knowing that I needed to do better. There just were not enough shows or platforms, and in the business, either you’re hot or not, either you’re a somebody or a nobody. The biggest thing is finding your purpose,” Mossy Kid said.

Dutty Cup Crew, which comprised Sean Paul, Kid Kurup, Looga Man, Mr Chicken, and Mossy Kid, would have gained recognition through the success of tracks such as Stick It Up and Buck Di Cup released in the late 1990s. All the members went on to pursue solo careers, but Mossy Kid ended up migrating to America, where he was exposed to the business of real estate, and to date, works in the area of property management.

He hails Sean Paul as a former member and recording artiste to have the greatest impact on him “because his persistence and level of professionalism from then until now is second to none”.

“I have to big up the general. As an original Dutty Cup Crew member, I was witness to the evolution of Sean Paul. His ability to keep reinventing and creating a brand in not only Jamaica’s reggae and dancehall space but in the ‘World Music’ arena is incredible. We were raised in the same neighbourhood. I believe that says it all …we’re just one family,” he said.

Outside of the crew, veteran acts like Yellowman would have made an impression on Mossy Kid by giving advice not to let the colour of his skin or an inaccurate concept of what constitutes a dancehall artiste’s image to be a deciding factor in how far he takes the music. He also named Super Cat, Shabba Ranks, and Third World as other influences.

Mossy Kid shared, “It was probably at Sting that we interacted, and he offered me advice that has stayed with me since. He said, “Don’t think because you’re a brown youth pon di scene that it affects anything. Just focus on doing your thing’, and that changed my perspective in a different way because out of everybody, Yellowman specifically came to me with that advice.”

He never stopped ‘doing his thing’, he said. Mossy Kid had taken on the role of songwriter, more so, ghostwriter for other recording artistes, but for many of the projects, never received credit. “Back in those days, you’re so hungry to earn something for your talent or gain some sort of recognition. I’ve ghostwritten for so many tracks, but due to certain stipulations, I can’t even share those publicly,” the artiste said.

No matter the career path he explored, the passion and love for the music resonated and called to Mossy Kid’s soul. Having watched his father, James Moss-Solomon, at the keys (on piano) or playing with other musicians was part of the dancehall deejay’s first exposure to the art, and it became a part of him.

With a renewed passion for reggae and dancehall, he has come out firing on all cylinders with a new single titled Higher Level, produced and released on Mossy Kid’s record label, Heavyweight Records.

“The passion hasn’t left. That is one of the reasons I established my own record label. The song is, basically, about the journey of self-elevation and some of the trials and tribulations that come along with it,” he explained.

Other songs have been released previously, including Gotta Be Somewhere, Put It On Me, and Draw Wi Out, a collaboration with his former crew-mate Looga Man, but the latest productions speaks to Mossy Kid’s re-emergence.

“ Gotta Be Somewhere was that first track to say ‘I’m back’ to the community, but Higher Level, is demonstrating what I’m bringing. I’ve learnt to just keep moving forward and not to measure success solely on numbers or views, but how much people appreciate the message and the quality of the production. I want to produce quality music that fills a void in our local genres,” he said.

“The first time I left Jamaica to do a show, everybody was saying nothing is going on for the music, but every street corner was playing our songs. It was a different time. Now, I’m just focused on getting the projects ready to come out and to promote them well,” Mossy Kid continued.