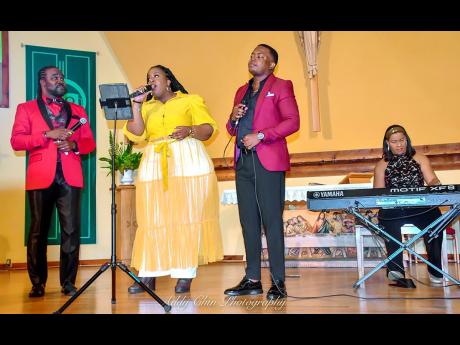 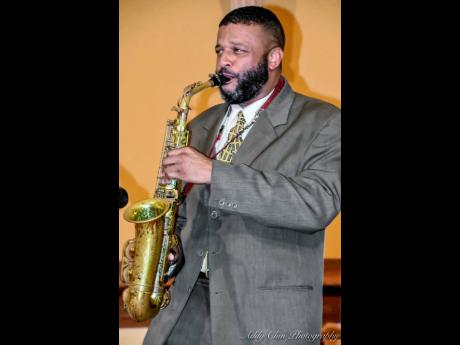 The inaugural staging of Fall Muzik Fest, which was held in South Florida two weekends ago as a tribute to the late Jamaican songbird Karen Smith, was a classy affair, with not one, not two, but four Jamaican entertainers, including Karen’s daughter, Courtni Jackson, representing.

Notably, the torrential rains did not stop scores of people who enjoy lovely music from coimng out and filling the pews of the more than five-decades old Holy Family Episcopal Church in Miami Gardens.

With formalities and prayers by Fr Horace Ward at the top of the programme, the festival opened with three-time Grammy nominee and saxophonist Melton Mustafa setting the tone for what was to come with the Al Green classic Let’s Stay Together. His balanced and emotive delivery was welcomed by the crowd, who swayed and sang to his dulcet notes. This was followed by his rendition of John Legend’s All of Me, which was warmly received by the audience.

But it was Courtni Jackson, who thrilled the audience with her rendition of the Nancy Wilson hit, How Glad IAm, which was also a favourite in her mother’s repertoire. Her performance resulted in the first standing ovation for the evening. That was followed by an uptempo Chaka Khan song, Ain’t Nobody, which was equally well received, and Katy Perry’s You’re Gonna Hear Me Roar, engaging the younger audience as they sang, danced and showed their appreciation with another standing ovation.

The multi-hyphenate Bunny Rose, no stranger to South Florida, opened his set with Autumn Leaves, a fitting symbolism of the season, and segued into Beauty and the Beast, delivered with precision and passion. Rose then launched into The Prayer, a crowd favourite which he did in English and Italian, sending the audience into a frenzy.

There were also delightful performances from jazz pianist Dr Kathy Brown and up-and-coming rising star Jamie Wilmot. The acclaimed pianist owned the ivories and had the audience lapping up every note, as she embellished Sly Mongoose in her characteristic contemporary style. Wilmot possesses great energy, strong voice and excellent use of stage, and is one to watch for the future.

Just after intermission, a recording of the late Karen Smith was shown to the audience. Fr Ward reflected on Smith’s contribution to the community and South Florida, and appealed to the audience to support the festival next year.

The second half of the show was progressively better with duets from Rose and Courtni as they gave a fitting tribute to Karen, singing Unforgettable and Eta James’ magnum opus At Last. During Rose’s second stint, a member of the audience loudly requested Purple Rain, which the performer gladly obliged and to which patrons waved their phones with lights on, creating a stadium-like effect. Each performer did one Christmas song each, as the season approaches, and for the finale they all sang O Holy Night, and asked the audience to sing along, which they did.

Master of ceremonies for the event was the affable Sophia Nicholson, who marshalled the proceedings with energy and light comedy.