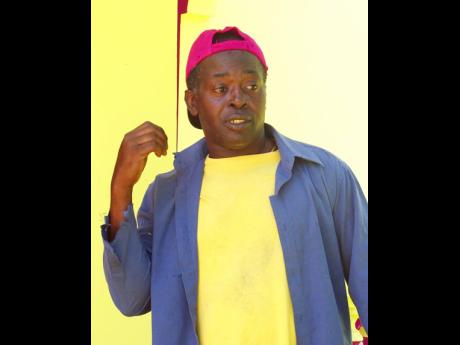 Contributed
Horace Francis on set during filming. He plays the role Fruita who eventually helps to reintegrate his friend into society after learning that he was living with AIDS. 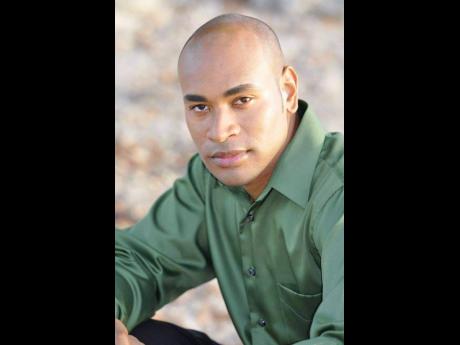 Contributed
Screenwriter and author Roger O. Williams began writing the dramedy ‘Let’s Show Them Love’ in 2008. However, it was not until early 2022 that he began production of the film. 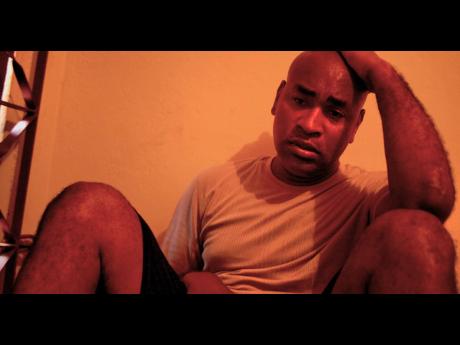 After witnessing various cases of stigmatisation and discrimination on the island, Jamaican screenwriter and author Roger Williams was moved to use his skills in the art of film-making to help spread information and knowledge on HIV and AIDS. Surprised that the people living with HIV/AIDS are still sometimes met with scorn to this day, he poured himself into the production of the short film, Let’s Show Them Love, though he had limited resources. While speaking to The Gleaner, he shared that his only hope is that the film can bring more awareness.

“I was living in Kingston in 2008 before I migrated to the United States. We were playing dominoes and stuff, and ‘six love’ drop, as we Jamaicans would call it, and one of the spectators who had AIDS sat down, and nobody wanted to play, and I was like, this is not right. The community needs education. So [I just] penned a scene, and it didn’t work out for it to be shot with the Ministry of Health. I had that script for about 11 years,” he shared.

“Fast forward to last year Christmas, I was on vacation in Jamaica, and I was walking towards a little shop, and somebody run a little boy and said, ‘Move from here, yuh muma have AIDS’, and I was like wow the stigma is still here. I started thinking to myself how I had the script for a while, so why don’t I develop it more and raise awareness because it is needed. So, I can go back to New York January morning and added to the script and characters and more scenes,” Williams continued.

The 30-minute Dramedy that is currently available on YouTube follows a cunning fruit vendor who must concoct a plan to help his depressed friend – who’s living with HIV – get on with his life and tackles HIV discrimination in their community. The team behind the film utilised local talent from within the Porus, Manchester community to play the characters in the film. Though for some, it was their first time being involved in such a project, it was hard to tell as the story was told in a captivating way that underscored issues faced by not only those with the illness, but also their loved ones.

“I want people to watch this film because we are living in a world where what is happening in the film is what a lot of people are going through. Even people in their families and we don’t even know they are going through that. We see people from the outside, and we don’t know what they are going through, and it could happen to any of us. So, what do you do when it happens to you or your family member? How do you deal with it? I want people to watch it to understand that it is important to show love even beyond AIDS and HIV. Just don’t discriminate,” Williams shared.

While the film overall addresses stigma and discrimination as it relates to HIV and AIDS, it also looks into mental health and depression, which according to Williams, is another major social concern.

“I suffered from depression based on my US military injury that I have that put me into certain places when I was in Fort Benning, Georgia, training. It was a chain of events that led up to depression for me, and I had to speak to a psychiatrist and get medication, but I am good now – very good, and I realised that it is very important stuff. You see people, and you don’t know what they are going through, and anything can trigger somebody, any sickness. I remember seeing the reaction from the person when the people didn’t want to play dominoes or the little boy, and it can affect you as a grown man and as a kid. I have people who, after watching the film say to me, ‘you know Roger, it is true you talking because my family was depressed and it is my sister who had it, and we had to close up the shop,’ ” Williams explained.

“What I want to show people in this film is that the depression and mental health not only affect the people who are being stigmatised, but their families have to go through it too. They share that pain, too, so I wanted to add the depression aspect to it too. Mental Health is a problem worldwide, not just in Jamaica. It blended well, the after-effect of stigmatisation with depression and raised awareness simultaneously, and it works well,” he continued to express.

Williams has worked as a stagehand, stage manager, and props master in the theatrical field. He is also a US military veteran, actor, and animal rights activist. He is the author of four novels: Turn Back Blow, Murder For Sale, Love Will Survive, and Only Animals Allowed in Heaven. He was born and raised in Manchester and currently lives in the United States.

Dr Alisha Robb-Allen, acting senior director of the health ministry’s HIV/STI Unit, while speaking with The Sunday Gleaner earlier last month shared that at the end of 2021, there were 27,576 people living with HIV in Jamaica according to a count by the National Surveillance Unit.