The Gift of Words — an aural delight 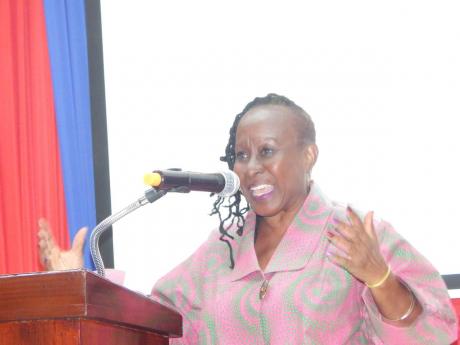 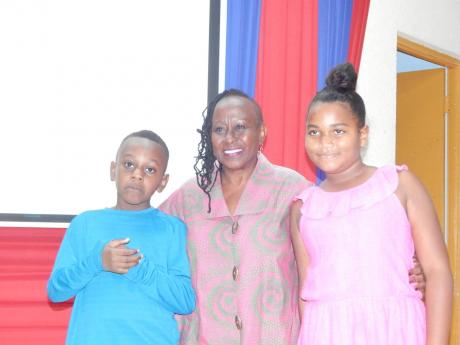 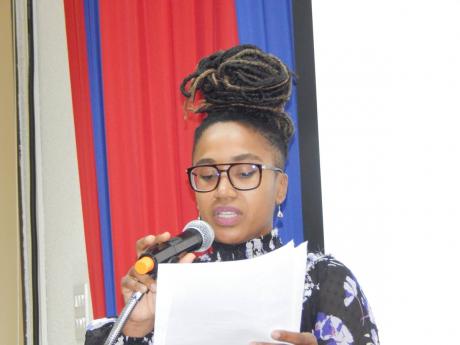 Opal Palmer Adisa’s promise of “a poetry reading with a difference” was fulfilled with her delivery of The Gift of Words on Thursday afternoon last week. In collaboration with The University of the West Indies, Mona, Department of Literatures in English, Palmer Adisa and friends delivered an aurally delightful package to an audience in the university main library’s multifunctional room

Words flowed in the space like a river, continuously, beautifully, for nearly two hours. They took the form of poetry, prose, song, speeches, and — because they pleased the audience — of cheers and words of congratulation to the performers.

These were — in addition to Palmer Adisa, the main reader and speaker — Charmaine Limonius (singer), child readers Mehki Emmanuel and Najila Bisnott, and adult readers Ruth Howard and Ann-Margaret Lim. Words were also spoken by Department Head Rachel Mosley-Wood, who brought greetings, and by the MC, Isis Semaj-Hall.

Poetically explaining the multifaceted rationale for her latest publication, The Storyteller’s Return, a collection of 63 story poems, Palmer Adisa said that it was essentially “a love poem” to Jamaica and herself.

It provided “a time for us to have a conversation with each other … and (an opportunity) to wrap myself in my Jamaica, dance my way through and re-remember what I did, what I invented, and what I carry on my back that is now on the tip of my tongue and articulated in my walk and song and in my skin.”

(Palmer Adisa left Jamaica in 1980 to further her studies because she wanted to write professionally, and the UWI didn’t offer a master’s in creative writing. In the USA, she got a doctorate, married, had children, got divorced, taught at various institutions and wrote and performed a lot. She returned home after 25 years.)

Continuing, she explained why she has gifted the book to Jamaicans. “I give them The Storyteller’s Return in the hope that they might see and recognise those enduring aspects of themselves that allow them to survive and to thrive and to create and to invent and incorporate all the talents into words that swish with the breeze and respond to the birds’ chatter.”

She read poems from the book and later spoke about the writing of her 2021 publication, Portia Dreams, a children’s biography of Jamaica’s first female prime minister, Portia Simpson Miller. Her research included visiting Woodhall where young Portia grew up and creating a list of 30 questions to ask people in the know about her early life.

That book, Palmer Adisa said, was her gift to Jamaican girls, especially poor ones growing up in rural areas. They, too, should have big dreams. “If your dreams don’t overwhelm you, you’re not dreaming big enough,” she said, quoting an unnamed source.

The book has 10 chapters and went through five drafts, the author revealed. Chapters from it were read by Emmanuel and Bisnott.

Lim and Howard, both writers themselves, read poems from 100+ Voices for Miss Lou (UWI Press, 2021), a 425-page anthology of poems and scholarly essays honouring cultural icon Louise Bennett Coverley. The book, which Palmer Adisa edited, was designed to “shatter the one-dimensional caricature” mentally held by many of the late poet-performer-actress-essayist.