A lifetime of service to the justice system - Zaila McCalla 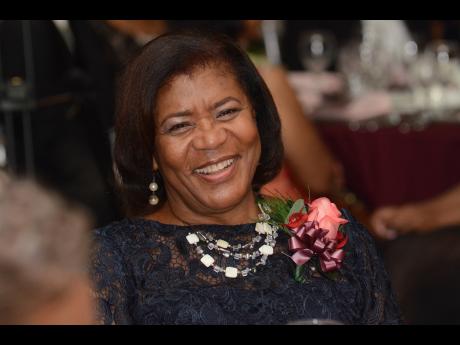 She is one of six children born to Beryl and Leopold Morris in the parish of St James.

Justice McCalla attended the Chantilly All-Age School in Westmoreland until she matriculated to The Montego Bay High School. She later graduated from The University of the West Indies and the Norman Manley Law School. Her extensive career includes serving in the capacity as a Clerk of Courts, then as a Crown Counsel before being appointed Assistant Director of Public Prosecutions where she served until 1985 when she was appointed a Resident Magistrate.

She has served as President of the Resident Magistrates’ Association.

Her meritorious work would lead to His Excellency the Governor-General to appoint the Hon. Mrs Justice Zaila McCalla, Chief Justice of Jamaica with effect from June 27, 2007.

Outside of her professional life, McCalla has been married twice. She was first married to Adolph Holness but their marriage would come to an end. In 1981 she married William McCalla, an Attorney-at-Law. They have three children together, their names are Mark, Leslie Ann and Martin.

McCalla is an Anglican and attends the Church of St Margaret, Liguanea. In July 2014, she was appointed the Chancellor of the Diocese of Jamaica and the Cayman Islands. This responsibility entails her advising the bishop and the Diocese of matters regarding the Canon Law.

Mrs Justice Zaila McCalla has given more than 40 years of service to the judiciary in Jamaica.

There have been many a kind word said about Justice McCalla over the years. Here are some of the more recent.

“she will always remember Mrs Mc Calla's quiet strength and her humble and dignified approach to her role as Chief Justice. It is well known that the function of the judiciary is to interpret and apply the law, and the function of the legislative branch is to make the law. I feel confident that your legacy will ensure that the rule of law is maintained as the country moves forward.”

“Mrs McCalla's judgements will stand the test of time”.

Allan pointed to advancements like the implementation of the Case Management System, which he said, has improved the administration of justice.

Director of Public Prosecutions, Paula Llewellyn, has spoken about the civility, grace and dignity with which Justice McCalla carried out her duties.