Board members could be ‘above the law’ 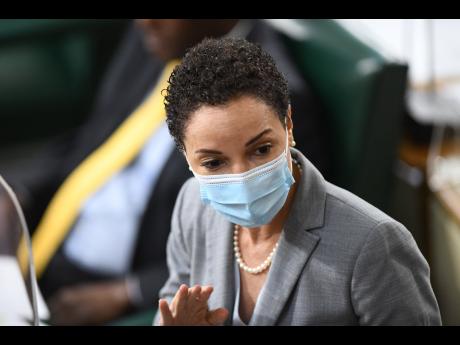 With violence against women at the top of the country’s collective agenda, and the #metoo movement not yet in the world’s rear view mirror, it is interesting that the government of Jamaica were on the verge of passing a sexual harassment law that may exclude some members of the society, those who have historically (recent history mind you) been found to be the major perpetrators, people in positions of power.

THE JOINT select committee of Parliament currently reviewing the sexual harassment bill has agreed that board members be held accountable in the proposed legislation, even though they technically are not employees of the organisations they serve.

In arguing for the inclusion of this group of persons, Senator Kamina Johnson Smith noted that board members are capable of making the work environment hostile, intimidating and offensive.

Johnson Smith said the issue should be considered in the context of a chairman harassing a board member and, by extension, of a member making overtures to a worker at the company they serve.

Legal officer in the Ministry of Culture, Gender, Entertainment and Sport, Georgette Grant, said that board members were not initially contemplated in the bill.

“That would be a one-off situation in terms of a board member interacting with staff, and it would not be an everyday occurrence in a lot of workplace situations, so it is not something that is covered, ”she said.

Lawmakers Angela Brown Burke and Rhoda Crawford, who sit on the joint select committee, also support the accountability of board members explicitly addressed in the legislation.

“I have seen enough boards at work to know that these things happen, and so I just want to make sure that it is covered. It seems now from what is being said that it is not sufficiently covered,” said Brown Burke.

Crawford was insistent that the harassment threat on boards was real.

“Having sat on a board before, sometimes outside of a board meeting, you have no other interactions with members of that board, and I am speaking about board members to board members, so if that is not covered in the bill and there is an issue or there is a case of a sexual harassment, I don’t know where else the person which is harassed would go for redress,” said Crawford.

Petrona Sealey-Browne of the Office of the Parliamentary Counsel and Solicitor General Marlene Lynch-Aldred believe that Section 3 (1) of the bill was sufficient to address the issue, but the committee members disagreed with their assessment.

They agreed that amendments could be made if it was the desire of the committee members.