A Brexit post-mortem for London 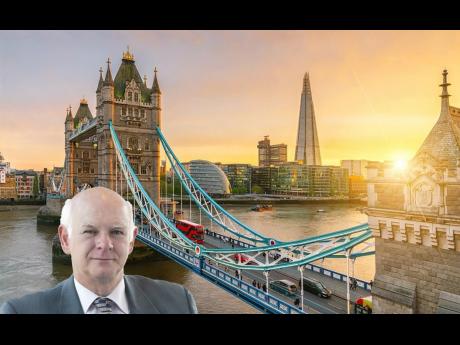 LONDON – Nearly five years after the Brexit referendum, and in the five months since Brexit itself, the debate about the future of the City, the financial centre of London, has remained a dialogue of the deaf. Those who voted in June 2016 to leave the European Union believe, whatever the evidence to the contrary, that the impact will be minimal, and that the warnings of job losses and business relocation are exaggerated. Remain voters are programmed to think the opposite and, whatever the evidence to the contrary, forecast gloom and doom. What can we learn from what has actually happened?

We have to acknowledge, first, that COVID-19 has confused the picture mightily over the last 18 months. People have not found it easy to change location, even if they wanted to. More important, there are some temporary regulatory arrangements that blunt the impact of the United Kingdom’s departure from the single financial market. There is a Temporary Permissions Regime in London for some EU-based firms, and the European Commission has allowed euro-denominated instruments to be cleared in London until 2022, to avoid the disruption a sudden change on December 31, 2020, might have brought. So what we are seeing today may not reflect Brexit’s full longer-term impact.

Nonetheless, changes that have occurred so far permit us to start assessing the future of the City and the financial operations based there. One move that generated headlines was the abrupt shift of trading in European equities from London to Amsterdam at the start of the year. An average of €9.2 billion ($11.2 billion) in shares was traded daily on the Amsterdam exchange in January, four times the volume in December 2020, while London’s daily average dropped sharply, to €8.6 billion. The switch can be traced to regulation: the European Commission has not granted “equivalence” to UK trading venues, and is in no rush to do so.

That was a crucial early goal by the Remain team in this match, you might think. But the Leave team hit back quickly. Very few job moves resulted from this switch, they say: most of the traders remain in London. And they point out that London continues to lead Europe as a centre for raising new capital. In the first quarter of this year, €8.3 billion was raised through London IPOs, compared to €5.4 billion in Frankfurt, €5.6 billion in Amsterdam, and just €0.1 billion in Paris.

The Remain team advances again: Equities are not the only, or even the most important, instrument. The UK share of euro-denominated interest-rate swaps fell from 40% to 10% from July 2020 to January 2021, while the EU share rose from 10% to 25%. New York was the beneficiary of some of the business lost to London, as many forecasted. And they point to the move of banking assets worth perhaps €1 trillion out of the UK, mainly to Frankfurt.

But both sides acknowledge that from an economic point of view, the city in which trades are booked is less significant than the city in which traders pay their taxes. Soon after the Brexit vote, consultants Oliver Wyman estimated that 75,000 jobs would quickly be relocated to other EU centres. Others produced even higher estimates. Have those pessimistic forecasts been borne out?

The Leave team can claim another goal. A detailed survey from consultancy New Financial last month identified 7,400 positions that had been moved from London to a eurozone financial centre – just 10% of the estimates in 2016. The biggest beneficiaries have been Dublin, Paris, Luxembourg, Frankfurt, and Amsterdam, in that order.

But the study can be interpreted in another way. Two years ago, the same authors identified 269 firms that had relocated some activity. Now they find that 440 have done so, and they regard that as an underestimate of the number that will eventually do so. They expect the relocated jobs number to rise further.

Moreover, there are signs that the property market may be reacting. Over the last two years, property prices have risen 20% in Paris, almost 40% in Amsterdam, but just 6% in London.

But it will not be one-way traffic. Just as firms based in the UK no longer have unfettered access to the EU’s markets, so most EU-located firms will need authorisation to conduct business with London-based clients. So perhaps 300-500, mainly smaller, European firms will need to set up in London. The net result will be an outflow of jobs from London, but not on anything like the scale widely expected in 2016.

That is because firms have found ways to work around the regulatory obstacles. They have also found that moving staff is costly and difficult. London retains many attractions: schools, cultural life, and many long-established expatriate social networks. It will take time for any putative rival in the EU to develop a plausible matching offer.

It seems likely, therefore, that London will remain Europe’s largest financial marketplace, by a considerable distance. It will remain plugged into a global network: transactions with European clients are perhaps a quarter of its business. But it will no longer be the continent’s de facto financial centre.

For the EU, London will shift from being its principal onshore financial centre, to an important offshore centre. Other cities will pick up business, though the signs are that a multipolar system will develop, with no single winner. There will still be a profitable role for London, but the Golden Age of the City as Europe’s financial capital will recede, as Golden Ages tend to do.