Woman arrested for pulling switcheroo with daughter in school prank 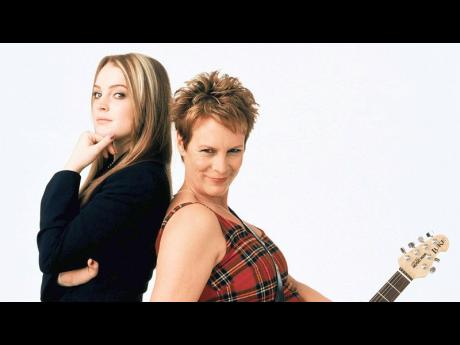 A poster from the 2003 movie Freaky Friday, featuring Lindsay Lohan (left) and Jamie Lee Curtis. An overworked mother and her daughter do not get along. When they switch bodies, each is forced to adapt to the other's life for one day.

A mother was arrested after pretending to be her teenage daughter and attending her school for a day.

Casey Garcia posed as her 13-year-old daughter Julie by dying her hair and dressing up like a teenager in a bid to prove that the security at the school in Texas wasn't fit for purpose.

Garcia, 30, documented her school day on camera and interacted with teachers and staff.

Once the stunt was discovered, Garcia was arrested for criminal trespassing and tampering with government records.

She later posted a video explaining that her actions had only been to prove how lax security is at some schools.

Garcia said: "We need better security at our schools, this is what I tried to prove, and I don't mean to be curt but I kind of feel like I proved it.

"I think the deal-breaker for me was actually walking in and posing as a seventh-grader. I mean I'm no spring chicken, but it wasn't hard and I made it to all seven periods."