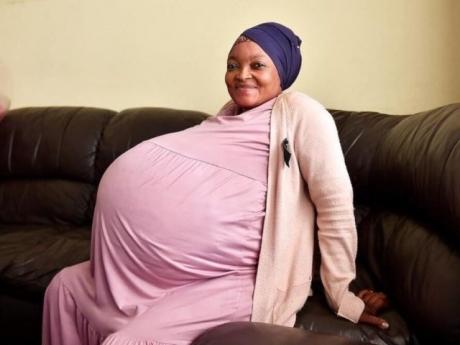 A mother has claimed to have given birth to a record-breaking 10 babies.

Gosiame Sithole explained how she was left in shock after delivering decuples in Pretoria, South Africa, last week. It would be the world's largest-ever live birth if it is confirmed.

Her husband Teboho Tsotetsi claimed that Sithole had given birth to seven boys and three girls via a Caesarean section at 29 weeks. The couple believe that medics failed to spot two of the children during a scan and had only been expecting eight children.

"She was seven months and seven days pregnant. I am happy. I am emotional. I can’t talk much."

However, government officials have said that they do not have evidence of the deliveries and are looking to verify Sithole's claims.