Company invests in freezable boxers to help beat the heat 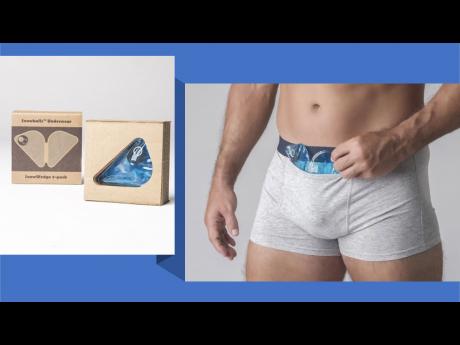 A company has developed freezable boxers so men can keep cool in the heat.

The underwear - which has the appropriate name Snowballs - come fitted with freezable wedges that slip into the boxers and keep the private parts at a cool temperature.

The pants have several benefits as they encourage male fertility and can ease pain.

The company's website says: "Since the mid-Sixties, scientists have been aware that scrotal cooling can improve male fertility, but no controlled tests were done until the mid-Eighties when the advantages of cooling were first clinically shown.

"Now, with an increasing number of studies confirming its effectiveness, some of the world's best fertility specialists are beginning to prescribe icing. And doesn't it just make good sense to directly treat the part of the body with the problem?"