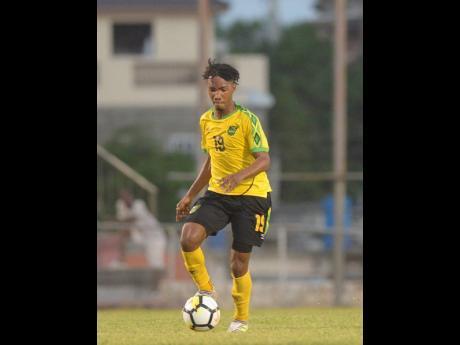 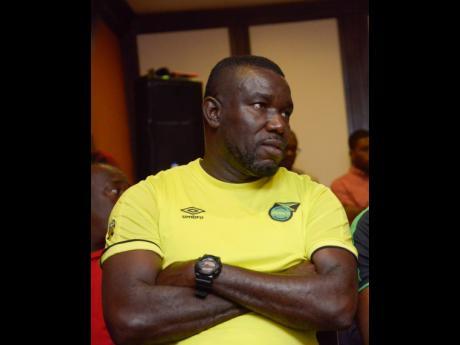 After a heartbreaking 2-1 loss to Mexico and then a crushing 3-0 home defeat against Panama, doom and gloom would be understatements as far as the Reggae Boyz campaign for a second-ever World Cup berth was concerned. But gloom turned to maybe optimism after coach and players turned things around, earning a point against Costa Rica for the first time in that country.

MAGEE HAS THE TOOLS TO DO JOB IN MIDFIELD

WHETHER NATIONAL midfielder Tyreek Magee becomes a part of the core starters going forward in this Concacaf World Cup qualifying cycle or not, national head coach Theodore Whitmore has maintained his confidence in his ability to contribute whenever he is called upon.

Magee was among the changes that Whitmore made to the Reggae Boyz’s starting line-up in their 1-1 draw against Costa Rica in San Jose on Wednesday, and his play in the midfield served as a catalyst to Jamaica getting their first point of the campaign after three tries.

The 22 year-old, who plays his football in Belgium with KAS Eupen in the Jupiler Pro League, made only his second international start and had a hand in Shamar Nicholson’s equaliser in the 47th minute when his pass found Kemar Lawrence whose cross picked out Nicholson for the goal. Additionally, he contributed to generating offensive from the midfield, which had been lacking in their backto-back defeats to Mexico and Panama.

Whitmore said that Magee’s performance during their 1-0 loss to Los Ticos at last summer’s Gold Cup gave him the confidence that he could replicate that at the Estadio Nacional de Costa Rica.

“Tyreek played the last game against Costa Rica in the Gold Cup and for me he was one of the better players. We sat and we analysed how we wanted to approach this game and I think Magee was an integral part of it,” Whitmore told The Gleaner. “We wanted him to be up the pitch, we wanted him to connect between both lines, getting the ball in spaces to attack the Costa Ricans, and he did just that for us.”

National midfielder Devon Williams, who started alongside Magee, enjoyed playing with him also and had confidence in his ability to hurt the Costa Ricans based on that Gold Cup game.

“Tyreek is a wonderful talent. We have an understanding and it shows on the pitch. He is a really good player,” Williams said. Magee made his league debut with the club on August 28 in a 2-1 loss to RFC Seraing.

With his performance on Wednesday, it has opened the door for debate on Magee being a part of the starting core going forward in the qualifiers. Whitmore says that while Magee has to continue improving, he and the team have no doubt about his quality and ability.

“We trust Tyreek that much for him to be here. So once he is here, we know what he can do, what he can offer,” Whitmore said. Williams says that Magee is doing himself favours at the moment in being trusted with that starting role.

“You can only wait and see but he is doing good so far,” Williams said.