Persons with convictions given gun licences 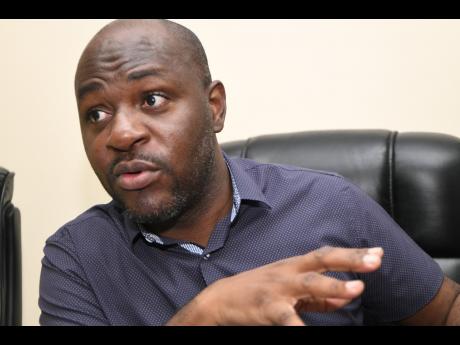 There are investigations into more than 100 cases at the Firearm Licensing Authority (FLA) where persons deemed unfit were approved for firearms. Shane Dalling, chief executive officer of the FLA, says they have started to revoke some of the licences.

Over 100 cases under investigation

BUSINESSMAN ROBERT Ivey was given licences for four guns, including a rifle and a shotgun, despite convictions in the United States (US) for drugrelated crimes, a Sunday Gleaner investigation has revealed.

Late businessman Robert Fletcher had two fraud-related convictions when he was given permits for two firearms, including a 12-gauge shotgun.

The permits were approved by the Robert Gregory-led Firearm Licensing Authority (FLA) board of directors over a three-year period that ended in 2015 and are among over 100 cases that have been under investigation since 2017 for alleged breaches, according to documents perused by this newspaper and multiple sources.

Shane Dalling, chief executive officer of the FLA, declined to disclose details of specific cases, but confirmed that Ivey’s permits were revoked as a result of the investigation and warned of more gun licence revocations.

“We have found several cases of persons who are unfit to hold licences and the board has started the process of revoking those licences,” he told The Sunday Gleaner during an interview on Friday.

The businessman had his four permits yanked in June 2019 after the FLA indicated in a notice that he was “no longer considered a fit and proper person to retain a firearm licence”.

The Court of Appeal, in a ruling on November

19, and the Supreme Court have dismissed separate legal challenges to have them reinstated.

Hugh Wildman, the attorney who represented Ivey in both of the permit cases, said “that is not known to me” in reference to Ivey’s convictions.

“I don’t know about that. I was not Mr Ivey’s attorney at the time. That’s news to me,” the attorney said.

Ivey was convicted in July 1995 for possession of and conspiracy to distribute marijuana and sentenced to four years in prison before he was deported from the US, according to documents reviewed by The Sunday Gleaner.

However, the businessman indicated, in documents filed in the Court of Appeal case, that he has “never been convicted of any criminal offences and is of good character”.

Fletcher, who was gunned down at his St Andrew business in May this year, was convicted for forgery and uttering forged documents after he attempted to board a flight for the United Kingdom with a fake British passport bearing another name. His sentence was not disclosed.

According to sources, Ivey first applied for a firearm licence on October 18, 2011, but was denied by the then FLA board, chaired by retired Assistant Commissioner Errol Strong, “by reason of his convictions in the United States”.

But less than two years later in May 2013, after the Gregoryled board was installed, the FLA approved a licence for Ivey, records show.

The other three licences were issued between 2014 and 2016, though Ivey checked the ‘yes’ box on his 2014 application where it asked if he had ever been convicted of a criminal offence in Jamaica or overseas.

He listed one of the offences where he was asked to provide details of his conviction and indicated that he opted to plead guilty.

Fletcher, sources said, did not disclose his convictions when he completed both applications submitted to the FLA.

But according to one source, his convictions were known to the FLA before he was given the green light to own a 9-millimetre pistol and a 12-gauge shotgun.

Gregory said he could not recall details of Ivey’s case, but acknowledged that the rifle permit issued to the businessman “sounds strange”.

“The only rifle I recall we approved was for people in competitive shooting, like the Rifle Club,” he explained.

Still, Gregory defended t he decisions of the board to approve permits for individuals with criminal convictions, an issue which at the time incensed top law-enforcement personnel.

The former FLA chairman asserted that a criminal conviction, “in and of itself”, does not preclude a citizen from getting a gun licence.

“We consider the nature of the crime,” he told The Sunday Gleaner during an interview on Friday.

As an example, Gregory said if the crime involves the use of a firearm and violence, there is “absolutely” no chance for the applicant to get a licence “no care how long ago it was committed”.

“But there are other crimes, depending on the length of time before the application and whether people have served their time. We consider the cases in that light,” said Gregory.

“A drug conviction, i n and of itself, is not something that disqualifies you for life. You have served your time,” he insisted.

This assertion was challenged by an attorney who cited Section 36 of the Firearms Act which sets out the circumstances under which a gun permit can be revoked.

Section 36 subsection C stipulates that subject to Section 37, the FLA may revoke any licence, certificate or permit if the holder has been convicted of an offence under the Dangerous Drugs Act or any other offence for which a sentence of two years or more was imposed.

“So, if the permit can be revoked for a drug offence, why would you grant it with a drug conviction?” questioned the attorney, who did not want to be named.

Dr Michael Harvey, who also served on the FLA board between 2012 and 2016, told The Sunday Gleaner that he had no comment on “issues about the FLA, having served several years ago”.

Harvey insisted, too, that he does not have a personal friendship with Ivey and denied claims that the businessman was previously employed as his driver.