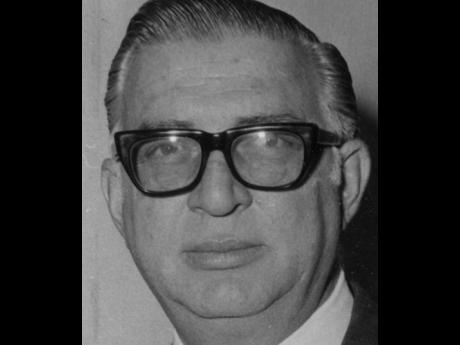 Mr Samuel Henriques, chairman of the National Savings Committee, and Mr Keith Sullivan, national savings officer, had lots of praises for Jamaicans living in London. They were even more impressed that there was a high level of interest to invest in their homeland.

The first attempt to sell National Savings Bonds to Jamaicans in England has been a roaring success and there is a good chance that the £50,000 worth of bonds offered in Britain will all be taken up.

Mr Henriques said, “We have met with great success. I am confident that we will achieve our target and it might even go over the £50,000. We shall have a complete idea of how much the tour has raised in bonds by December.”

Henriques and Mr Sullivan have spent 25 days in Britain and had addressed 20 meetings.

They estimate that they have spoken before about 8,000 people.

We have gone into many homes to talk about the savings bonds and it has made us very proud to see the standard of living achieved by our fellow Jamaicans in this country, Mr Henriques shared.

“The people here have Jamaica foremost in their minds and they want to know some way in which they may help to build up their country. That is why the bond scheme has had such an enthusiastic reception. “We many even come back to London next year for another promotional tour.”

Jamaicans in Britain will be able to cash the bonds if necessary with minimum delay. It will probably take about 12 days.

“The cooperation from the High Commissioner has been outstanding. He and his officers set us a hard pace but we enjoyed every minute of it,” he continued.

Comedian Ranny Williams who accompanied Mr Henriques and Mr Sullivan on their tour is staying on in England for a while to complete his part in the film High Wind in Jamaica, which is being shot at Pinewood after being on location in Jamaica.