Who pays for climate change? 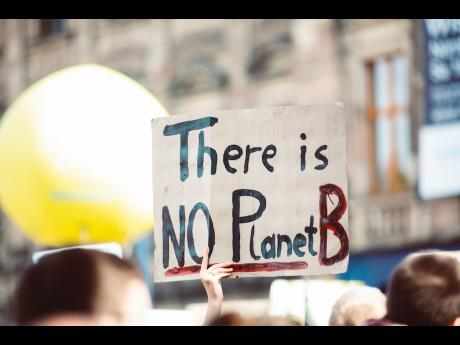 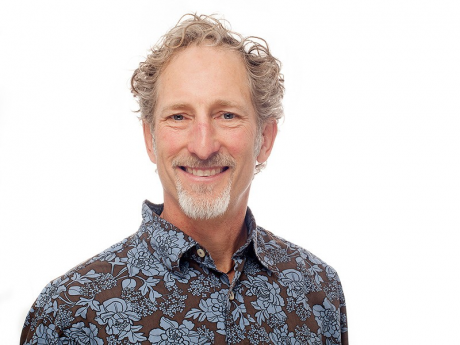 Gernot Wagner, a climate economist at Columbia Business School, is the author, most recently, of Geoengineering: The Gamble (Polity, 2021).
1
2

SHARM EL-SHEIKH: If there is one issue that has taken centre stage at this year’s United Nations Climate Change Conference (COP27), it is money. Delegates, climate activists, and the rapidly increasing number of private-sector attendees are discussing who should pay for climate change, and how.

The focus on money is past due. While the annual climate talks are ultimately about cutting greenhouse-gas pollution, the transition to a net-zero economy requires massive financing, as will adapting to a world of rising average temperatures and sea levels, increasingly frequent and severe extreme weather, and all the other costly effects of burning fossil fuels.

Ever since COP15 in Copenhagen in 2009, a key figure in this debate has been “$100 billion”. That is how much the world’s advanced economies promised to provide to developing countries every year by 2020. But it was never clear whether this target referred only to public money, or whether it could include a mix of public and private flows. While most of the Global South interpreted it as a commitment of public funds, most of the Global North preferred the broader definition. If one takes the latter view, the rich world was already on track to providing $97 billion in annual climate finance flows back in 2011, according to a widely cited study from the Climate Policy Initiative.

And yet, 13 years on from the 2009 pledge, few would make the mistake of mixing public and private funding, while everyone recognizes that the global energy transition will require not billions but trillions of dollars per year. Ahead of the COP26 talks in Glasgow last year, Mark Carney, the UN’s special envoy for climate action and finance, concluded that at least $100 trillion of external finance would be “needed for the sustainable energy drive over the next three decades if it is to be effective.” And there is considerable convergence among international bodies, consultancies, and banks around this number. Massive amounts of private spending will need to be directed away from fossil-fuel investments and toward low-carbon infrastructure, energy, and transportation.

But that doesn’t let governments off the hook. Public funds are the lever for rechannelling private money at the necessary pace and scale. The Inflation Reduction Act, Bipartisan Infrastructure Law, and CHIPS and Science Act that the United States has recently enacted are good examples of this lever in action. The idea is that some $500 billion in government investments will encourage many hundreds of billions more in private flows. Yet while those sums (and similar policies elsewhere) could jump-start a global clean-energy race, all the public investments and most of the private ones will be spent domestically. That leaves the Global South still wanting.

The global picture fits a similar pattern. Since annual foreign direct investment dwarfs development aid, much of the money to cut carbon-dioxide, methane, and other greenhouse-gas pollution will come from private sources, regardless of what governments agree to do. Unlocking these funds will require what climate negotiators call “creative” solutions, which means, “We know that much more money is needed, but we can’t be the ones who provide it.”

Thus, John Kerry, the US climate envoy, came to COP27 with a proposal to use carbon credits to fill at least some of the financing gap. Under this approach, rich countries and companies would get some credit not just for cutting their own pollution, but for paying others to do so.

The idea is not new. The US proposed a similar system ahead of COP3 in Kyoto in 1997. At the time, much of the rest of the world, including the European Union, opposed the plan. Yet, ironically, the EU now has the world’s largest carbon market, while the US, aside from California and a dozen northeastern states, does not. To this day, it is still politically impossible at the national level to make polluters pay for their carbon pollution. That is why President Joe Biden’s administration has focused instead on spending money to aid the energy transition at home, and it is why Kerry is proposing a voluntary carbon credit system.

Carbon credits, especially voluntary ones, are no substitute for meaningful efforts by companies and countries to cut their own pollution. For one, carbon-credit systems have plenty of problems of their own. While California’s carbon market trades billions worth of credits per year, it also has allowed some $400 million in apparently fraudulent forest offsets into its system. If California’s mandatory market struggles this much with compliance, just imagine the problems that would plague a voluntary global system.

The US and other rich, large polluters still have a responsibility to pony up direct aid on a much larger scale than they are currently doing. That goes both for unconditional aid to help the poor weather climate change, and for funding to help them cut their own pollution. Germany and Austria deserve credit for leading the charge with promises of €170 million ($175 million) and €50 million, respectively, in aid for the most vulnerable countries. And a new commitment from the US, the EU, and Germany to invest $500 million in renewables in Egypt is a good step (even though the gas thus freed appears to be set for export to the EU). But given that these sums all fall in the millions, they still miss the mark by orders of magnitude.

There is clearly something to the idea of hitching billions in much-needed aid flows to private financial flows in the trillions. The first order of business is for governments to help guide trillions in private investments toward the Global South. “Creative” solutions should focus on making loans and investments less risky for private investors, with rich governments and multilateral funds providing loan guarantees and other assurances to help reduce sovereign credit and other risks.

Carbon credits could similarly play a role in helping scale up sorely needed investments, provided that voluntary carbon credits are seen only as a stepping stone to making polluters pay to cut their own pollution. Ultimately, building more momentum behind the global clean-energy revolution is what really matters. If allowing rich companies to boast of their green credentials means that they will fund more clean energy in the Global South, that is not a bad thing. Often, the best way to ensure that necessary work is done is not to care too much about who takes the credit.

Gernot Wagner, a climate economist at Columbia Business School, is the author, most recently, of Geoengineering: The Gamble (Polity, 2021).