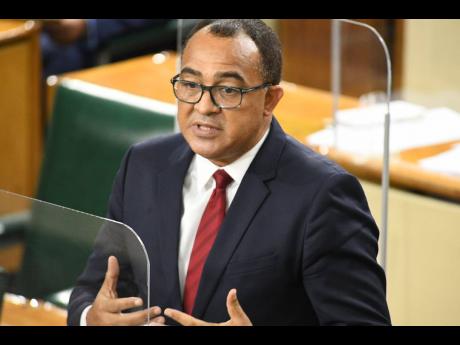 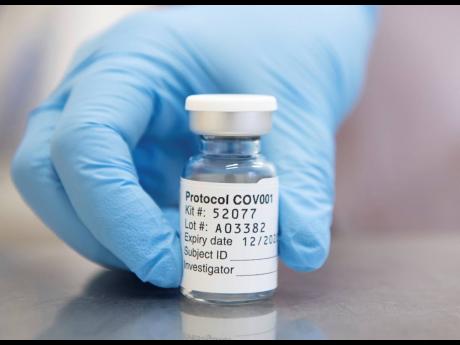 AP
This undated photo issued by the University of Oxford shows of vial of coronavirus vaccine developed by AstraZeneca and Oxford University, in Oxford, England. Pharmaceutical company AstraZeneca said Monday Nov. 23, 2020, that late-stage trials showed its coronavirus vaccine was up to 90% effective, giving public health officials hope they may soon have access to a vaccine that is cheaper and easier to distribute than some of its rivals.
1
2

There is a discomfiting contrast between developed and developing countries with regard to vaccines. The former is far advanced in administering vaccines to their population, and the latter are, for the most part, struggling to source them. Up to 40 percent of the population in the developed world has received at least a first dose of the vaccine while developing countries have only been able to inoculate under seven percent of their population. The World Health Organization’s appeals to give greater consideration to smaller and poorer countries have yielded no response.

This disparity threatens the effectiveness of vaccines, which are the most critical response we have to the pandemic. It is also a potential threat to global security and our collective well-being. Despite this, wealthy countries and some pharmaceutical companies are operating by the rules of the jungle despite the WHO’s futile attempt to introduce some order and equity. Indeed, we seem to be moving towards a Hobbesian state of nature, where there is a disregard for any notion of the greater good, and it’s every country for itself.

In this state of nature, where competition over scarce resources heightens the potential for conflict, the priorities become safeguarding one’s self-interest and exercising power towards that goal. Vaccines are the scarce resource in a context not only of high demand and limited supply, but of desperation – where the vaccines are a lifeline for countries’ economic survival. The wealthier countries have seemingly become blinded to the reality that in a globalised world, individualistic approaches and the rules of the jungle are likely to produce conflict and create divisions between countries.

Hoarding vaccines, and failing to proactively ensure that developing countries are also vaccinating their population, will prolong the pandemic and move those countries dangerously closer to that state of nature.

Further, new strains of COVID-19, such as the so-called Indian, Brazilian, and UK strains, have already affected some countries’ vaccination programmes, having rendered some of the vaccines ineffective. It is thus clear that even if wealthier countries are able to sufficiently protect their own population, the virus will continue to spread and to mutate.

COVAX, the global vaccine-sharing initiative, was created so that developing countries would have access to vaccines in recognition of the fact that without this kind of a pooling of resources, they would be left in the unvaccinated dark. In addition to an attempt to advance global equity in vaccine access, it was also a practical response to ensuring that all people would be vaccinated as per their slogan: “no one is safe, unless everyone is safe”.

However, COVAX has only been able to deliver a fifth of what was promised and expected to just over 100 countries. Jamaica’s allotment from COVAX so far is approximately 69,000 doses, well below the two hundred and fifty doses promised by now. COVAX has been unable to fulfil its commitments as a direct result of wealthier countries’ actions, including export bans on vaccines and raw materials, which have effectively undermined the facility. The knock-on effect of preventing the export of raw material – as well as India’s own struggles to contain the spread of the virus has been to curtail India’s initial efforts to assist others through vaccine diplomacy.

Wealthy countries have purchased vaccines in large quantities – up to four times what is required to inoculate their population. Hoarding has become normalised, and supply shortages have worsened as a result. At the same time, there is market manipulation by some pharmaceutical companies, whose naked profit-seeking behaviour is tantamount to exploitation. Among their practices is to set minimum -order quantities, even if those are in excess of the populations of the purchasing country, at prices multiple times the cost of production. The law of the jungle is at work. Meanwhile, the rest of us developing countries must contend with the ongoing effects of the pandemic and the threat of more variant strains.

We are witnessing – and experiencing – a void in global leadership, and in this pandemic, that void has potentially devastating implications for developing countries.

The pandemic presents a moment to rethink global leadership. States’ actions can either weaken international organisations such as the WHO, or they can provide the support that would signal these organisations’ critical role in seeing the world through this crisis. In a global arena where large, developed countries’ purchasing power threatens to undermine developing countries’ prospects for recovering from the pandemic, those organisations can exercise the necessary moral authority to curtail those selfish actions. There have already been calls for the WTO to waive intellectual property rights for vaccine development. The support of the entire international community would help to advance these efforts and initiate other collective strategies.

The Group of Seven committed US$4.3 billion towards an equitable roll-out of the tests, treatments, and vaccines. Without freeing up the supply chains and the raw materials, this commendable contribution could prove difficult in achieving its goal in a timely manner. The US’s return to the WHO is welcome, and their recent announcement to distribute vaccines to other countries is also welcome, but not sufficient. The export restrictions, invoked under the Defense Production Act, should be lifted.

Developing countries need vaccines. They need them so that heir own economies can recover from the pandemic and so that the world can move towards herd immunity. As each country endeavours to vaccinate its people, the fact that national vaccination programmes’ success depends on all countries’ vaccination success has to be at the forefront of global leadership. Collective interest, in the context of COVID-19, is not just an ideal, not just a nice concept, it is what will keep the entire world from disintegrating into barbarity and chaos.

- Dr Christopher Tufton is Jamaica’s minister of health and wellness and member of parliament for St Catherine West Central. Send feedback to cctufton@gmail.com or columns@gleanerjm.com.