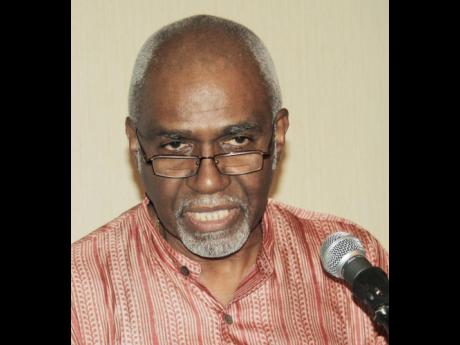 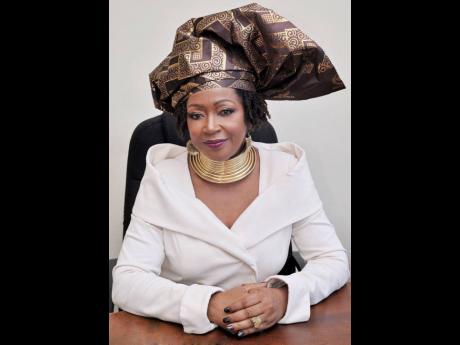 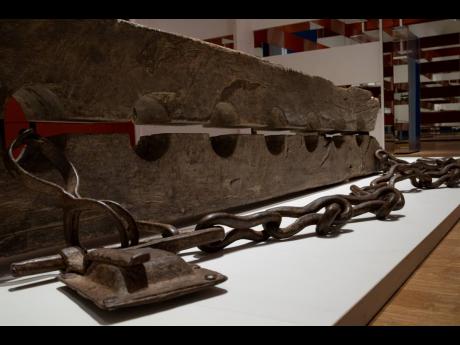 AP
Tronco, or multiple foot stocks used to constrain enslaved people, are seen at the Slavery exhibition Rijksmuseum in Amsterdam, Netherlands, Monday, May 17, 2021.
1
2
3

In this edition of Reparation Conversations, Honorary President of the American Society of International Law (ASIL), Patrick Robinson (PR), talks to Verene Shepherd (VS) about a virtual symposium he convened on May 20-21, 2021.

VS: Honourary presidents of the ASIL usually mark their tenure with a special project. Why did you decide to focus on reparation for your project?

PR: My interest in the subject of reparations for trans-Atlantic chattel slavery is inherited. I was born to a man who devoted his entire life to the upliftment of Black people in Jamaica, especially, poor Black people. Such an interest almost necessarily implies an interest in trans-Atlantic chattel slavery and the need for those who carried out that practice to repair the damage that it did to Black people. My father named the three houses of the elementary school where he taught in honour of black men – Marcus Garvey, Booker T. Washington and James Aggrey – long before the rise of black consciousness in the 1960s. I have, therefore, had a long and deep engagement with African and black issues.

PR: Reparations for trans-Atlantic chattel slavery is about seeking fairness for our African ancestors who were plucked from their homes and families on one side of the Atlantic and transported to the other side and forced to provide free labour under the most atrocious conditions. Fairness as a principle of law requires that reparations be paid to right the wrong done to those ancestors and their descendants.

VS: There does not appear to be a mass movement for reparation in Jamaica. Why?

PR: It is regrettable that many of my countrymen and women do not wish to have a conversation about our history or be reminded that they are descended from enslaved Africans. Yet there are many examples of the payment of reparations for atrocities.

Up to a few days ago it was reported that Germany will pay €1.1 billion to Namibia for the atrocity committed by German soldiers against members of the Herero and Nama people between 1904 and 1908. This was described as a gesture of reconciliation, not legally binding reparations, and might even be interpreted as an example of racialised reparations.

VS: Does the German-Namibian case align with the aims and objectives of the symposium you convened?

PR: No. The approach it follows stands in contrast to the work and aim of the symposium, which makes the case for reparations on the basis that wrongful conduct (the practice of trans-Atlantic chattel slavery) has been committed, and, therefore, reparations are due as a matter of law. Consequently, it seeks the payment of a sum of money and an apology or other form of satisfaction for that wrongful conduct. The symposium envisaged the payment of reparations on a systematic basis to replace the occasional payments that are being made globally.

VS: There are those in Jamaica who still see reparation as an act of begging and ignore the bi-partisan Motion in Parliament in 2015 to seek reparation from Britain. What is your answer to them?

PR: No Jamaican need be embarrassed about the claim which the Jamaican Parliament made in 2015 but should feel honoured to support the claim because what has been handed to us by our ancestors is a sacred trust that we must see ourselves as having an obligation to execute. It is indubitably not begging. It is what international law entitles us to do to repair the damage from the wrong done by chattel enslavement. However, the question is whether, in light of the relative inactivity of successive governments at the highest level, the adoption of the resolution may be seen as only window dressing.

VS: Let me return to the details of the symposium: What were the main areas of concern discussed?

VS: Who were some of the presenters for this event and what aspects of the theme did they explore?

My own presentation stressed that a determination that trans-Atlantic chattel slavery was lawful would be flawed if it resulted from an examination that was confined to European states and their colonies. There were other states whose practice would also have to be examined, states in Europe, Asia, and Africa.

Professor Eric Miller, my cousin, made a presentation on the Tulsa massacre of 1921. He is a member of the legal team that has instituted proceedings in a USA court for reparations in respect of the rioting by white mobs that left 300 black persons dead. Hundreds of businesses, homes, churches, and schools were burned down, particularly in the thriving Greenwood District known as the Black Wall Street.

VS: What was the major takeaway from the Symposium?

PR: The main takeaway from the presentations is that historic trans-Atlantic chattel slavery was unlawful and that contemporary racism against black people that is linked to trans-Atlantic chattel slavery breaches international human rights and warrants reparations. This conclusion was very clearly articulated by E. Tendayi Achiume, the UN Special Rapporteur on Contemporary Forms of Racism, whose 2019 Report to the UN General Assembly argues that “many contemporary manifestations of racial discrimination must be understood as a continuation of insufficiently remediated historical forms and structures of racial injustice and inequality”.

VS: Based on the discussions held then, why do states insist that under International Law, trans-Atlantic chattel slavery was legal at the time of its practice?

PR: That view is usually expressed by those whose focus is confined to European state practice. However, as stated before, whether trans-Atlantic chattel slavery was unlawful requires a wider examination of state practice not only in West Africa, where the transaction of enslavement and chattelisation occurred, but also the practice of other states elsewhere. That wider examination will show that trans-Atlantic chattel slavery was not only novel, but not permitted by the law of nations.

VS: Often, naysayers argue that slavery was practised on the African continent before the existence of chattel slavery. What would you say to those who say this?

- Send feedback to reparation.research@uwimona.edu.jm or columns@gleanerjm.com.