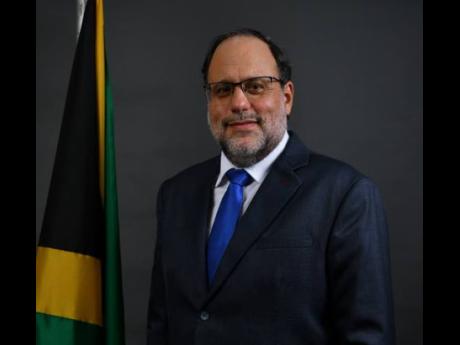 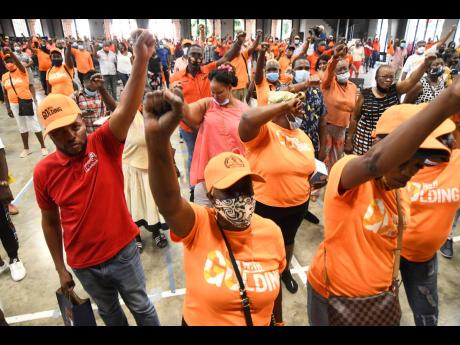 File
PNP supporters at the PNP NEC election meeting for race of chairman and general secretary at Jamaica College in Kingston in November 2020.
1
2

When I decided to run for president of the People’s National Party, I did so knowing that the job of uniting and energising our movement would not be easy. I understood then that mending fences and building bridges would mean real work for every person involved and require genuine commitment to our movement by all concerned.

Our campaign was honourable. We refrained from resorting to an all-too-familiar style of politics where falsehoods and insults spread like wildfire, from WhatsApp to Facebook. Instead, we pressed forward, unfazed by attacks and vilification, and delivered our message and vision to the delegates of the party. That resonated with a clear majority of our delegates.

Elections are contests and often contentious. Some supporters are more exuberant than others. Ultimately, there is a winner and a loser, and losing is hard. Feelings are hurt, and as changes start to be rolled out, there is inevitably angst about what could have been. But an election represents the voice of the people, and the outcome must be respected and accepted. That is a hallmark of our democratic tradition in this country.

There are a few who would wish to see us take longer to heal. They would prefer to see us bicker and fight in public. In fact, they would prefer to see the decision of the delegates and our democratic traditions subverted. We should not undervalue or take for granted that this country has never rejected the voice of the people, and we will not start today.

We have started the hard work of healing the fissures in our party, both new and old. Stalwarts of our movement are leading this effort through the active mechanism of the Unity Committee. We are an organisation of powerful personalities, so we have engaged a professional mediator to help us work through minor differences that are sometimes cloaked as insurmountable obstacles. This is hard work that takes time, but we embrace it zestfully. The party is more powerful together, united to bring positive change, progress, and security for every Jamaican.

Recently, we had a meeting of the officers of the party in which we recommitted to this process. We did so because as Vice President Mikael Phillips said, “we have a party and a country to protect for every Jamaican”.

I couldn’t agree more. We are the party that championed principles of equality and social justice for the Jamaican people in so many critical areas of life. But today, we are a party that is at a crossroads.

The internal turmoil we are going through is temporary and is absolutely rejected by the vast majority of our members and supporters. It is an unpleasant but perhaps inevitable side effect of the transformational change that we are going through as an organisation. It is a process of healing and cleansing that is absolutely necessary to save the soul of the party of the Rt Excellent Norman Washington Manley, architect and father of Jamaican nationhood.

We will emerge from this moment stronger, better, and more powerful. We will become a more modern political organisation, focused on solutions to the most fundamental challenges of our time and ever more determined and effective in our representation of the Jamaican people. We will get back to being the party of ideas and the vehicle through which young people choose to serve their country.

As we work towards this, I repeat my call to the few who have tried to frustrate the process so far to join us. Under my watch, the party welcomes the vigorous contest of ideas but eschews discord as we ensure that our party once again becomes an effective and cohesive organisation that is fit for purpose to resume government of our country. We are moving forward together, so either get on board or be left behind. I am excited by the prospect of a united and powerful People’s National Party.

- Mark Golding is leader of the Opposition and president, People’s National Party. Send feedback to columns@gleanerjm.com.