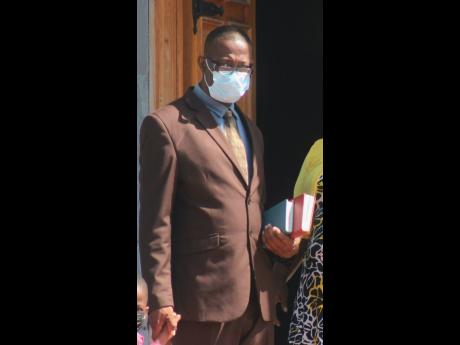 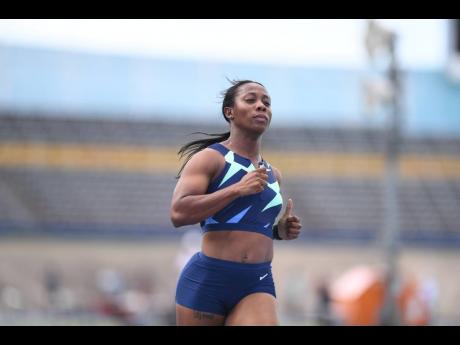 Behind me on a wall in the small bar is a sign prominently displaying, ‘We do not sell illegal cigarettes. It is an offence.’ I happen to know that about 90 per cent of cigarettes sold there and in other bars and shops are illegal. Which just about explains Jamaica.

The place where our ideals and our wish lists are often far divorced from one another. A writer to The Gleaner expressed the view, “If Mr George Wright has done what it is alleged he has done, he should rightly be condemned for it, but should we drink his blood before we are satisfied?” The writer wants us to adopt the forgiving and redemptive nature of Jesus Christ. At no place in his letter has he asked Mr Wright himself to make that first step towards his own redemption: declare his hand.

Politically, it suits the Jamaica Labour Party (JLP) administration to compartmentalise the embarrassing George Wright matter and pretend that it can have no real effect on the broader political and policy agendas of the JLP government. At the core of it all is Mr Wright’s seeming certainty that his constituents approve of his perceived behaviour, and they mostly fall into the mould of those Jamaicans who believe that Jamaican women need a little spanking every now and then.

I can well understand that the JLP hierarchy may have been hampered by the legal structures of the Constitution. It could also be much of the patriarchal failings of society are alive and well inside the JLP so, that provides an embarrassing brake. A mercenary sort of politics would place the blame for Wright’s problem not just to the double dose of doubt but to the open illumination of it. The little man can do it and get away with it. The big politician runs the risk of a career changing moment.

Wright won on a JLP ticket last September. Since the grainy video surfaced of a man striking a female and Wright was given a thousand and one chances to deny his presence, time has led to his resignation from the JLP. To add insult to injury and maybe to add much needed levity to our lives Mr Wright could offer his services to the People’s National Party (PNP).

But that party is already too close to the edge of a political mud lake.

HOW MUST NWC WORK MAGIC

One regular reader who has become most disgusted by the National Water Commission (NWC) believes that under no circumstances should water supply be cut off from a customer. Whether that customer is paying or owing.

“Can anyone out there understand that the behaviour of the NWC with regards to the disconnection of water is far more outrageous than people having parties after curfew? An organ of the State is openly defying the protocols and their mandate.”

According to this reader, under all circumstances, those connected to the NWC mains must have water. I would be the first to agree with many Jamaicans that the NWC has old infrastructure and is, basically, badly behind the times. I also know that many communities, especially in various inner-city pockets do not pay for water. They steal it as ‘community culture”. A behavioural expectation. It is accepted that water is a human right, but how do we work into that equation the cost of providing that product that is supposed to be a human right?

In the 1970s when the PNP was experimenting with democratic socialism, that matter and others of similar import were constantly discussed and misunderstood. The PNP wanted to be halfway in on socialism and going forward wobbly on capitalism.

“Put the search light on this and ventilate it on behalf of the people unable to pay and the people who, having paid, are still exposed due to the behaviour of the NWC.”

There is no broad policy in the public arena of ideas that separate the JLP from the PNP. At odd times whenever the PNP feels a need to draw back into its ‘core roots’, it makes the claim that it is a socialist party. Utter foolishness! Both political parties are wedded by the times of the moment to a market-driven, capitalist economy. Thus, an entity like the NWC cannot be conveniently divorced from certain realities while dressing up in socialist garb.

What better lifting of the hopes of an entire nation than our champion lady Shelly-Ann clocking 10.63 and pumping new life into the Tokyo Olympics! We are being constantly reminded that Florence Griffiths Joyner made the record in 1988. Of interest is that she retired from the sport the very next year. Which would be like Bolt retiring in 2010.

Many Jamaicans needed a reason to forget the pangs of life and living daily during the COVID-19 times.

One lady I know who has a shop and bar told me last Wednesday, “Rings like Shelly-Ann running is what mek poor people feel better. Rich people can rub dem han in dem money. So can bawl out loud in front a di TV when Shelley a run.”

Many Jamaicans are rational people. Those who remain here do so because to remain here benefits them. Our athletes no longer have a need to be under the direction of foreigners. The expertise is right here. Our engineers and experts in artificial intelligence are rational people, too. The expertise resides abroad, so they gravitate to where the living and the earnings are better.

Shelly-Ann is our little slice of happiness, and she has rocketed herself into our hearts again in the way that only she can do. And we love her for it, eternally.