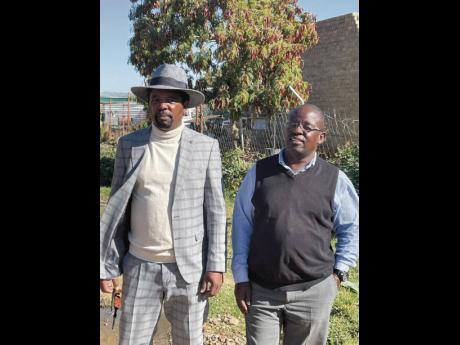 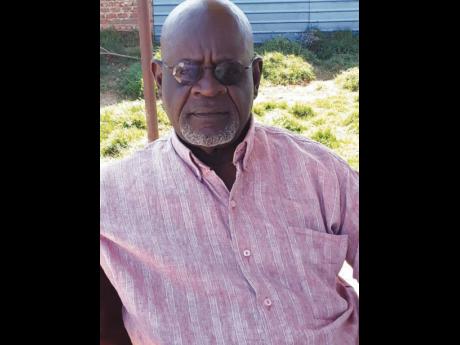 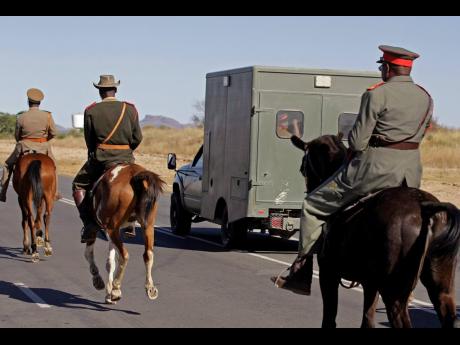 AP/ File
Riders on horse back escort the small truck that is transporting skulls of ancestors recently returned from Germany, from the airport to be put on display in the city of Windhoek, Namibia, in October 2011.
1
2
3

Over the past few months, the world has watched as Namibia and Germany grapple with finding a resolution to the over five-year negotiation process, started in 2015, which aims to achieve reparatory and restorative justice for the Nama and Ovaherero people of Namibia, victims of the brutal German colonial forces, especially in the period 1904-1908. During that period, tens of thousands of Nama and Ovaherero people perished through murder by German forces and expulsion to the Omaheke Desert, where many died of starvation.

On May 28, Germany announced that it would officially acknowledge the atrocities it committed against the Nama and Ovaherero people during the 20th century as genocide while also committing to providing financial aid valuing over €1.1 billion. This aid, Germany says, will be paid over the course of 30 years. Critics, however, have said that this is insufficient, and furthermore, that what the German Government should provide is a reparation package, not to aid.

In Reparation Conversations, Ovaherero, former diplomat Ambassador Ben Karamata (BK), Sandie Tjaronda (ST) of the Ancestral Land Foundation of Namibia, and Sir Welcome Kazondunge (WK) of the Namibia Genocide Foundation talk to Verene Shepherd (VS) about the quest for reparatory justice for their people and blasts what is being referred to as the German-Namibian “reconciliation agreement”.

VS: Greetings Ambassador Karamata, Mr Sandie Tjaronda, and Sir Welcome Kazondunge, and thanks for agreeing to talk with me about the claim of the Nama and Ovaherero people in Namibia against the German government. Give us a quick background to the current situation.

BK: Thank you for having us. This process really began in 1990 after independence. The late Dr Kuaima Riruako, paramount chief of the Nama, started this movement to claim reparations from the German Government for the genocide of the Nama and Ovaherero people. The first claim focused on the right of return, in reference to the return of wealth, land, and heritage that the Germans took from the Nama and Ovaherero people. In 2006, Dr Riruako brought this issue to the Namibian Parliament in the form of a motion that was adopted unanimously by the parliamentarians. Following this, the legislative branch instructed the executive branch of the Namibian government to commence negotiations with the German government, exploring the probabilities of resolving this issue bilaterally.

There were, however, voices who felt that bilateral negotiations between two governments did not have jurisdiction to deal with the question of genocide as a crime against humanity. Rather, they argued that it was a legal issue that should have been brought before the International Court of Justice (ICJ). There was, however, reluctance from the government and a refusal to take this issue to the ICJ. Hence the creation of the bilateral committee for negotiations between the Namibian and German governments.

VS: We have been inundated with the recent news that Germany will at last apologise for genocidal acts against the Nama and Ovaherero people and pay a sum of €1.1 billion to the government of Namibia. How does this offer compare with what was asked for?

BK: We do not want to get involved in what the Germans have now offered as it is does not even come close to the damages they cost us. For us, the numbers are not even up for discussion.

WK: The extermination order from 1904 and the legacies thereof still remain today. My people remain displaced and in poverty, scattered all over Africa and the world, and we were not included in the negotiating process. Therefore, to have come to a sum with no input from us means that we do not even want to enter into that conversation.

VS: Civil society groups have also complained that everything was done in secret. What are the Nama and Ovaherero people and their supporters/defenders going to do now?

BK: Yes. The legitimate representatives of the Nama and Ovaherero communities that initiated this process were excluded from the negotiating process. Instead, the government applied the ‘divide and rule’ strategy by inviting those Nama and Herero chiefs, who represent the minority and not the majority position, that were more compliant with the government in order to create an illusion of legitimacy. This is a grave issue as our position is that rather than this agreement, we need to take the legal route mentioned previously.

ST: It is important to acknowledge the fact that we have a basis now for what is going to happen next. As special groups, civil society organisations, and activists, we have all wanted three outcomes: 1) An unequivocal acknowledgement of German actions as genocide; 2) An apology; 3) Discussions of terms for reparation for damages cost.

VS: You speak in terms of genocide against indigenous peoples not from 1904-1908, but 1904 to 2021, to include continuing harm. Explain the rationale for your timeframe and the nature of the continuing harm.

BK: Since 1904 and still today in 2021 we suffer from the legacy of genocide. Our people are displaced. Up to now, 80 per cent of Namibian land is occupied by the Germans and the Afrikaans who subsequently came after the Germans under apartheid. We are land-less. We are property-less.

WK: The 1904 extermination order was issued and still continues today. There was no subsequent order to revoke this order. So it is timeless, and in our understanding, still stands. Therefore, the legacy still continues. My people still live under the poverty that has resulted from that order. They are still displaced in the diaspora all over Africa and all over the world.

ST: We have been, and continue to be, affected on all fronts, economically, culturally, and socially. We have lost our identity; we do not have a place to call our home. These are really the effects that we are feeling up to today over 100 years later.

VS: You also say that the colonial oppression was not confined to Namibia, can you expound on this?

BK: One must remember that the Ovaherero and Nama were transported by the Germans during 1904-1908 to Cameroon, Togo, Angola, Tanzania, etc. So we have to talk about the diaspora communities that are spread across the African continent as well. It is, therefore, not only a Namibian issue, but one that is also outside the Namibian borders.

VS: Thanks so much for speaking with me today. The CRR joins in your hope for just compensation for historic and continuing harm.

BK, ST, WK: Thank you for having us. The struggle continues.