Peter Ruddock | Marijuana in athletics – the case of Sha’Carri Richardson 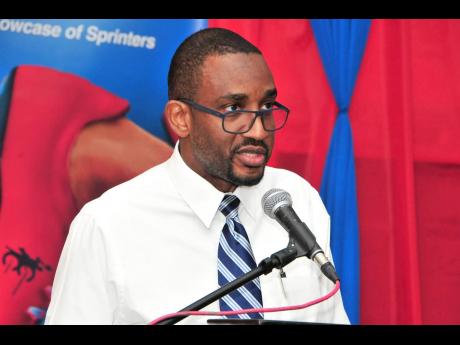 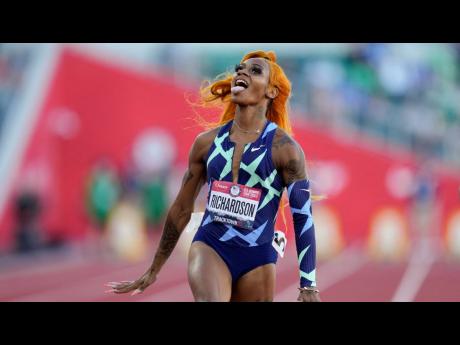 AP
Sha’Carri Richardson celebrates after winning the women’s 100-metre run at the US Olympic Track and Field Trials. Richardson will miss Tokyo Olympics due to a 30-day suspension after she tested positive for THC, the intoxicant found in marijuana.
1
2

The athletic world was in shock when it was announced recently that American sprint sensation Sha’Carri Richardson had received a 30 day suspension for an “adverse analytical finding”. Evidence of a cannabinoid was discovered in the 21-year-old’s urine sample in a recent drug test. Cannabinoids are found in marijuana (aka cannabis) and are banned only “in-competition”.

Expected to challenge for the 100m gold medal at the Tokyo Olympics, after posting 10.72 seconds in April and winning the 100m at the US Olympic Trials on June 19 in a time of 10.86 seconds, Richardson will now miss the entire Games.

Richardson has accepted her ban and admitted to smoking cannabis to help cope with the death of her mother.

A raging debate has ensued on whether the presence of marijuana compounds in an athlete should constitute grounds for a ban. In support of Sha’Carri, some have argued that cannabis is already legal in many parts of the world, including in many states across the United States. Some have suggested that WADA rules are archaic and in need of changing if a “soft” drug such as marijuana can have such consequences.

Indeed, there is now a petition to reinstate the American track star and revisit the rules around marijuana and athletics. The petition named “Let Sha’Carri Run!” was created by MoveOn Civic Action, a progressive lobbying group in the USA.

Even US lawmakers, Reps. Alexandria Ocasio-Cortez and Jamie Raskin, have got involved and wrote to leaders of the United States Anti-Doping Agency (USDA) and the World Anti-Doping Agency (WADA) to encourage them to overturn their decisions. The USDA wrote back saying that it wants to mitigate such “harsh consequences” but can’t change the rules unilaterally.

Those supporting the ban, however, insist on strict adherence to the WADA codes and suggest that marijuana can actually enhance athletic performance.

Sha’Carri is not the first athlete to have been sanctioned for marijuana. American swimmer Michael Phelps was suspended for three months by USA Swimming after a photograph of him holding a marijuana bong was published some months after the 2008 Olympics. Note, however, Phelps did not test positive for marijuana during the competition period.

In 1988, Canadian gold medal snowboarder Ross Rebagliati was stripped of his Olympic gold medal after a positive test. His medal was reinstated, however, as tetrahydrocannabinol (THC), the main psychoactive component of marijuana, was not yet on the list of banned substances. Rebagliati’s case was prior to the establishment of the World Anti-Doping Code by WADA, however. Before then, compounds from cannabis (THC, etc) were prohibited only in certain sports.

In the first Prohibited List published under the auspices of WADA in 2004, prohibition of cannabinoids was extended to all sports in-competition. Substances added to the WADA Prohibited List must meet two of the three inclusion criteria: a) it poses a health risk to athletes; b) it has the potential to enhance performance; and c) it violates the spirit of sport.

In 2011, WADA published a paper in Sports Medicine (Huestis, Mazzoni, and Rabin) discussing the reasons marijuana and cannabinoids meet the criteria. Below are relevant excerpts from the publication:

1. “Athletes who smoke cannabis in-competition potentially endanger themselves and others because of increased risk taking, slower reaction times, and poor executive function or decision making.”

2. “Based on current animal and human studies as well as on interviews with athletes and information from the field, cannabis can be performance enhancing for some athletes and sports disciplines.”

3. “Use of illicit drugs that are harmful to health and that may have performance-enhancing properties is not consistent with the athlete as a role model for young people around the world.”

Marijuana’s impact on athletic performance in not clear cut, however. In the same 2011 Sports Medicine paper by WADA, references were cited for both reduced and improved performances due to cannabis use.

Cannabis was reported to reduce exercise performance due to decreased coordination, distortion of spatial perception, and alteration of awareness of the passage of time, among other reasons. However, the paper reported as well where performance could be improved due to cannabis’ promotion of increased relaxation and relief of the stress of competition, improvement of sleep and recovery after an event, increased risk taking (which may improve training and performance), improved oxygenation of the tissue, and a pain-killing effect that could permit athletes to work through injuries and pain induced by training fatigue.

The paper concluded that much additional research is needed to be unambiguous about the effects of cannabis on athletic performance.

Clearly, the debate will continue to rage about whether marijuana compounds should be on WADA’s list of prohibited substances and whether or not it improves performance. While it remains on the list, though, I would advise athletes, if they value their careers, to avoid the use of marijuana as well as the hundreds of other compounds on the WADA list of prohibited substances.

- Peter Ruddock, PhD, is a medicinal chemist and has served as expert witness on the defence team of national athletes. He lectures in the Doctorate of Pharmacy Programme at the University of the West Indies. Send feedback to columns@gleanerjm.com and peter.ruddock@yahoo.com.