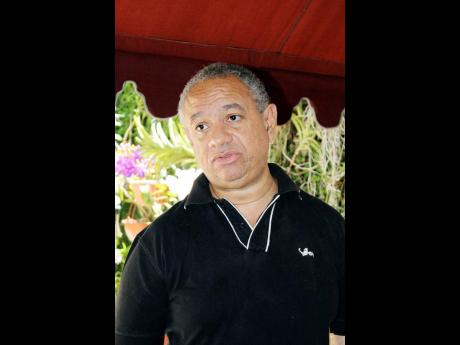 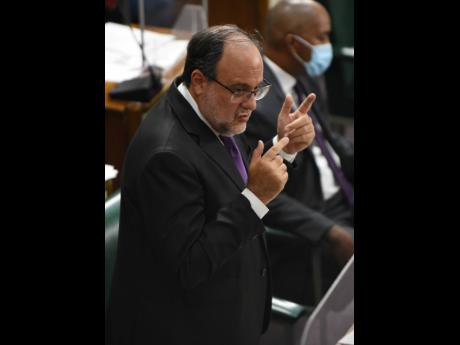 Mark Golding seems to forget (or not know) how digging in of heels worked for other leaders facing similar allegations. 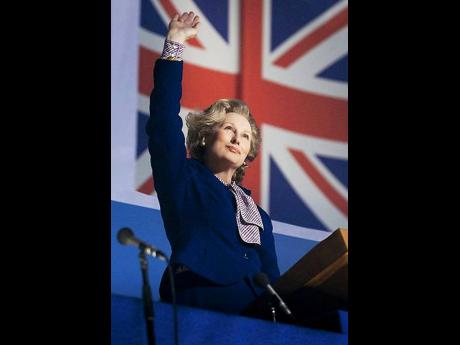 Has the political party formerly known as the People’s National Party (PNP) changed its name to Better Rise United Clique Up Party (BRUCUP)?

Although I haven’t seen an official announcement, this must be so because in any other party, the immediate resignation of chairman, all vice -presidents and PNPYO president, citing leadership issues, would result in a “wheel-and-come-again” reaction from the party. Instead, President Mark Golding calmly accepted the resignations, installed BRUCUP supporters as new vice-presidents, and pretended nothing happened.

But something very seismic happened. Something that would ordinarily mean cataclysm for any party leader’s future most definitely happened!

Margaret Thatcher dominated 1980s British politics and appeared invulnerable after driving Argentina out of the Falklands, taming miners, tightening anti-trade-union laws, and selling state industries and council houses. But her dictatorial approach to internal party politics, anti-European utterances, and widely despised Poll Tax (threatened every Tory MP’s re-election) resulted in the 1989 resignation of her “unassailable” Chancellor Nigel Lawson. In 1990, she demoted Sir Geoffrey Howe, one of her most senior Cabinet members, and reportedly bullied him relentlessly in Cabinet.

In November 1990, Howe resigned. His resignation statement in the Commons was pointedly venomous. But it was his imagery regarding her treatment of party colleagues who didn’t support her policies or approach that stung most. He said:

“It’s rather like sending your opening batsmen to the crease only to find, the moment the first balls are bowled, that their bats have been broken before the game by the team captain.”

A recent example of how loss of senior officer support tends to sound a party leader’s death knell came in the Irish Democratic Unionist Party (DUP) after DUP Leader Edwin Poots took over from Arlene Foster in May 2021.

Poots grabbed power by promising to promote party unity and be a “listening leader” for Members of the Legislative Assembly (MLAs) who felt their voices were previously ignored. Then he proceeded to ignore those same MLAs by installing his sycophant, Paul Givan, as First Minister over MLAs’ objections.

A meeting of DUP officers made it clear to Poots that they wouldn’t be working with him. Poots resigned. The nationalist Social Democratic and Labour Party leader, Colum Eastwood, tweeted that he was “sick of this soap opera. We’re in the middle of a pandemic, waiting lists are skyrocketing, our economy is in crisis. Maybe it’s time for some grown up politics”.

So say all of us. Instead of “grown-up” politics, Jamaica got this from the leader of Her Majesty’s loyal Opposition:

“Discussions … were attempted, but unfortunately, these didn’t lead to consensus. It seems that the response of these four officers was to resign en bloc. While I’m saddened by this action, their resignations are accepted.”

SADDENED? Don’t you mean “exposed”? Or “gravely wounded”? What about “untenable” (regarding your leadership position)? Nah, of course not! This is BRUCUP, not the People’s National Party.

What did the rebels have to say?

“Despite all reasonable efforts to broker a platform of unity, there were covert attempts to sabotage the goal of peace and harmony with a plan to horde (sic) the available positions.”

Firstly, “horde”? Sigh. Maybe they mean to “crowd” (as in mob-handed) and not “hoard”. Who knows? I do have a certain “reluctancy” to challenge Mikael on language. Secondly, this is a dagger piercing the heart of any party leader who promised to work towards unity. Dayton Campbell’s facile remark “it takes time” is utter nonsense in light of

• The same BRUCUP leaders gave Peter Phillips no time; and

• Unity requires an attitude and effort from the leader that has been either brilliantly concealed or non-existent for nine months.

Rebels’ allegations of “covert attempts” to sabotage PNP peace and unity are credible. Mark Golding wasted no time in aggravating existing disunity by

(1) Telling the PNP NEC who to choose as GenSec/Chairman.

You’d think THAT fiasco would’ve taught Mark to be more personally committed to promoting unity around philosophy and electoral goals instead of personal sycophancy. No. Such. Luck! He

(2) surrounded himself with a “Risers” clique;

(3) insulted his rival for PNP president by returning her to her “place” shadowing Foreign Affairs. Promotion to Education or National Security would’ve been a unifying move.

(4) demoted an outstanding Senate Leader of Opposition Business to force BRUCUP Leader (and friend) Peter Bunting into her position.

With apologies to Haile Selassie and Bob Marley, until the philosophy that makes paper groups superior and party members inferior is finally and permanently discredited and abandoned, everywhere is war! Until there’s no longer first-class Risers and second-class Onesies of any PNP, mi seh war!

“… we concluded the sincerity of certain members of the leadership wasn’t forthcoming and the minimalist effort towards unity was a charade that’s inimical to a genuine pursuit of unity.”

How did Mark Golding respond?

“The party has received the resignation of the incumbent vice-presidents and chairman. Certain allegations were made, in their resignation letter, which are not accurate. These will be dealt with in the appropriate party forum.”

Is that a threat? Does Mark believe that Jamaica will allow him to arrange for some BRUCUP disciplinary committee to punish PNP chairman/VPs without presenting to Jamaica his reasons/evidence for asserting that their allegations “are not accurate”?

Based on what has long since been in the public space, I’ve set out some of the evidence supporting the rebels’ allegations of insincerity and charade. Maybe this latest Gang of Five (or Four plus One) can produce more.

Mark’s apparent response is to dig his heels in and drive the PNP into further disunity and disarray. What would be the charges against PNP stalwarts Paulwell, McNeil, Crawford, and Phillips? Dissemination of discontent already shared by too many Jamaicans for the PNP’s good? Mark seems to forget (or not know) how digging in of heels worked for other leaders facing similar allegations. He might try asking Edwin Poots or Maggie Thatcher’s duppy.

Naturally, PNP officials’ and supporters’ public statements downplay the calamity. One Comrade was quoted as warning political watchers “to call off PNP’s funeral”. I heard K.D. Knight, of all people, spinning like a gig on radio trying to interpret the resignations as evidence that the rebels want to work “on the ground”, spreading PNP vision.

But the most ridiculous assertion came from former GenSec Maxine Henry-Wilson, chairperson of the ‘Unity Committee’.

“Henry-Wilson said the party leader has expressed regret at the latest episode but believes there’s a way for the party to chart forward.

‘We are running on a programme of readiness for local government [elections], but more fundamentally, it’s a programme which has allowed the party to find a way of reconnecting with its members and supporters at the constituency and divisional level.’”

DWL! Expressed REGRET? Ya think? How about accepting responsibility? The PNP has found “a way of reconnecting with its members and supporters at the constituency and divisional level”? Really? SERIOUSLY? This flies in the face of not one, not two, not three, but FOUR topanaris PNP officers, (including Mikael Phillips who has shown the most non-partisan support of the leader since November 2020) saying they’re trying to prevent “a further widening of the internal rift”. A rift that hasn’t already widened can’t be further widened. The PNP Chairman/VPs say that widening is because Maxine’s committee is a “charade”.

Is K.D seriously suggesting that these stalwarts would be unable to work “on the ground” while in their official posts? The rebels made no such claim. They said “the sincerity of certain members of the leadership wasn’t forthcoming and the minimalist effort towards unity was a charade”. However hazily expressed, THAT’s a targeted, toxic tackle of Mark Golding and his closest associates whether K.D. wants to admit it or not.

Nobody declared the PNP dead. It’s Mark Golding’s tenure as party leader that attracts undertakers’ attention. His allegedly dictatorial Risers Only approach, despite the PNP’s rejection, in September 2020, of every Riser not protected by a garrison, threatens the electoral chances of every single PNP candidate. High-ranking PNP officers have made a public statement inferring that party leader(ship) is at least disingenuous. Every Jamaican is sick of the PNP’s soap opera.

Comrades know their bats have been broken by the team captain before they are sent to the wicket and that they are on the road to finding out that fourteen seats can seem plenty.