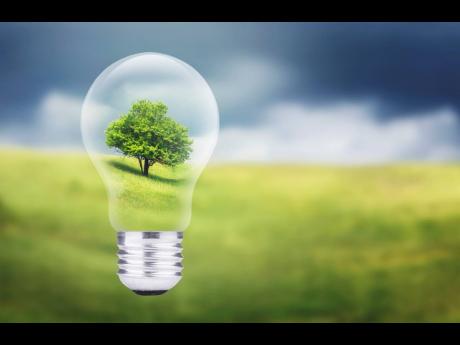 Biletskyi Ievgenii
Governments, as well as the private sector, can generate a profit by capitalising on an untapped market for selling forest-generated carbon credits. 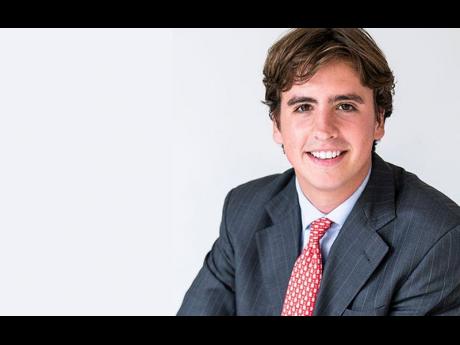 In a recent offshore oil and gas conference in Houston, Guyana’s foreign minister said that the country’s economy is expected to grow 500 per cent by 2030. Guyana’s current US$6.8 billion real GDP would ignite to nearly US$35 billion, about the size of Paraguay, who has nine times the population of the former British Colony. Per capita, this would make Guyana the second wealthiest country in Latin America, behind the Cayman Islands, a British territory.

This unprecedented growth will be driven by Guyana’s recent discovery of nine billion barrels of recoverable oil and gas. Despite the optimism, Guyana’s surge will also coincide with a world in which fossil fuels are losing favour among investors and governments. In May 2021, the International Energy Agency said that no new fossil fuel projects should be developed if the world aims to get to Net Zero by 2050. Three months later, the United Nation’s Panel on Climate Change (IPCC) stated that the world can only emit 15 more years of industrial emissions to give it a 50 per cent chance of limiting temperatures to 1.5°C above pre-industrial levels.

Even if governments decide to cut emissions more rapidly than they are promising, the IPCC declared it is “more likely than not” that the world will be 1.5°C warmer by 2050. Via flooding in coastal cities, extreme weather events, and warmer oceans, millions of humans will be dislocated from their homes, food production will be hampered, and many will die.

To complement the substantial cut in carbon emissions, the IPCC report also recommended “negative emissions” – the concept of removing carbon dioxide from the atmosphere – to keep the world under 2°C. One relatively simple way to do this is by limiting deforestation and planting more trees, as they absorb carbon dioxide for food consumption, and release a reduced amount of CO2 once they die. This is a relatively straightforward nature-based solution that allows forests to become “carbon sinks”.

Governments, as well as the private sector, can also simultaneously generate a profit by capitalising on an untapped market for selling forest-generated carbon credits. Multinationals, countries, and funds alike, are eagerly seeking to reduce their carbon footprint. Buying carbon credits is a simple way to do so. With 87 per cent of Guyana’s land covered by forests, and deforestation rates below 0.05 per cent, the country is well positioned to create a fund that sells these credits. Foreign countries and companies should also be able to provide funding in exchange for the conversation of Guyana’s forest. Norway did this back in 2009 by providing Guyana with US$250 million in financing through its REDD+ agreement. Actions such as these allow developed countries to offset a small percentage of their own emissions, while allowing emerging economies to simultaneously make money and protect their ecosystem.

Guyana should also complement this strategy with the development of renewable energy sources to sustain its growing energy demand. Historically, Guyana has been reliant on diesel and heavy fuel oil to power its economy, which not only emit more carbon emissions but are also more expensive. By developing its wind resources along the Atlantic shoreline, installing solar panels in the hinterland, and developing a large-scale hydro project, Guyana will “green” its grid. The country should also capitalize on the large offshore gas discoveries by developing a gas-to-shore plant that produces cheaper and cleaner power that can be dispatched quickly to back up renewables.

These strategies, however, are only a part of the path forward. Fully grown trees absorb about a ton of CO2 every 100 years, while the world emits over 40 billion tons of CO2 a year. Similarly, gas plants will require carbon capture technologies, improved leak detection and stronger seals to eliminate methane leaks and carbon emissions.

In specific, the development of Carbon Capture Storage and Utilisation (CCSU) projects, in which carbon is captured from the air, stored deep underground, and sometimes utilised, is still limited and underfunded in Latin America. Guyana is no exception. CCSU projects will require large investments from foreign companies and funds to become a reality in emerging economies. To promote CCSU at home, and create a more sustainable oil and gas sector, the Guyanese government will have to develop business-friendly regulations to attract these types of investments.

Luckily, Guyana will have a strategic advantage vis-à-vis its global oil and gas peers. The crude reservoirs found in the Liza Field, home to the nine billion barrels of oil that have been discovered, consist of high-quality oil-bearing sand. This means that the oil is light and sweet, making it is easier to extract and refine – subsequently releasing less carbon emissions. The country also has relatively low operational costs to extract its oil, as well as faster drilling times. This means that large oil-consuming countries, such as China, India, and the US, as well as large energy companies, such as Exxon, Chevron and Total, are intensively eyeing the growing Guyanese discoveries.

The Guyanese government recognises the appeal of its new-found treasure and has vouched that its future oil contracts will generate more profits for the government. Yet, the PPP administration also recognises the need to pump out as much oil as possible while “there is still demand” for fossil fuels. Hence, they are faced with a ‘Catch 22’: accelerating oil production and increasing oil profits, while at the same time depending on changing energy demand and companies seeking to maximise their shareholder returns.

The first solution for Guyana is to diversify its economy in a proactive and through manner. Another proposition is to transform itself into a new type of oil and gas producer: one in which fossil fuel production is mixed with CCSU technologies, cleaner power generation, and nature-based solutions. This will allow for Guyana’s energy sectors to be preferred over other dirtier, less profitable, and riskier jurisdictions.

These strategies must also be accompanied by a more transparent and accountable government. Although the ruling party has bashed the previous administration’s Natural Resource Fund for being too politicised, it has failed to introduce legislation creating a new one. It has also vouched to create a Petroleum Commission to manage its oil sector, but the country has been producing oil for nearly two years without this necessary body.

President Ali appears to recognise the urgency of the situation, as he recently pledged to create the Petroleum Commission by year’s end. While implementing these important regulatory changes, the government must include incentives for CCSU, renewable energy and nature-based solutions. The path is being charted for Guyana to become an energy powerhouse, but without these strategies, it is “more likely than not” that it will be left behind in this rapidly changing energy sector.

Arthur Deakin is co-director of AMI’s energy practice, where he oversees projects in oil and gas, solar, wind and hydrogen power, as well as battery storage and electric vehicles.