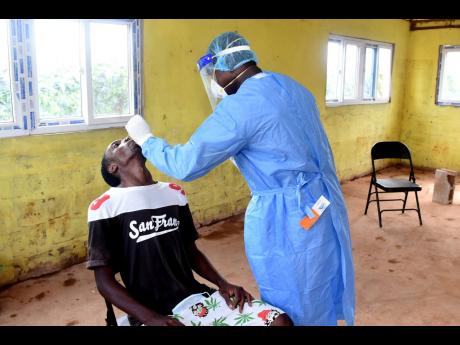 The fast-paced and constantly evolving COVID-19 virus is outpacing us. Those who refuse to recognise that the pandemic has presented very fluid circumstances are still stuck in 2020 when the only strain we knew of the virus was the strain on the economy. But, at this rate, we will pass through so many COVID-19 variants that in no time we would have run out of Greek letters with which to name them.

With that said, policies must be informed by the understanding that we are living through a fluid situation which we can’t predict with perfect accuracy. For some, the Government’s best bet is to mandate COVID-19 vaccination and call it a day. Less stress, I guess.

Nevertheless, I’m going to use this article to look at some of the most widely used arguments that have been made in favour of mandatory COVID-19 vaccinations both to be imposed by private employers and by the Government.

The issue of ‘duty of care’ is one that is almost exclusively now being applied to employers and how they will ‘protect’ their workers from COVID-19. The only potential argument an employer could rationally put forward for mandating vaccination among workers is that, by remaining unvaccinated, one poses a preventable risk to the health of others by carrying a greater likelihood of passing on the virus. I don’t know if there’s anyone who still thinks vaccinated people can’t spread the virus, so the obvious contention is now over how much less likely it is for them to spread it.

The fact is, we don’t know exactly. According to the most recent science, the purpose of the vaccine is to lessen the likelihood of serious illness and death in the event of contracting the virus – not necessarily to prevent spread.

As I write this sentence, the Centers for Disease Control (CDC) website bears the following about the Delta variant, which is perhaps the most dominant strain currently:

It therefore begs the question, what exactly is the objective behind mandatory vaccinations in the workplace? I’ve seen people make pitiful attempts to bring to the fore some very wonky sets of numbers to prove the point that the vaccines drastically reduce the transmissibility of the virus. Forgive me if I have followed the CDC in spreading propaganda, but they’ve clearly indicated here that Vaccinated Vilma may very well be the one to infect her department of both vaccinated and unvaccinated people at work. The benefit to her would have been a reduced risk of severe sickness. Unvaccinated Ursula, on the other hand, with all else being equal, would likely end up sicker. But, frankly, that’s her business. At best, Ursula being unvaxxed is no more of a threat to her colleagues than Vilma, and at worst her unvaxxed status affects the health of her coworkers to a largely unspecified and unknown degree.

Also, the idea is consistently being put forward that employees also have a duty of care to their colleagues. Sure. I agree. But in the same way that rights are not absolute, as I’ve been hearing a lot these days, duties are also not absolute. While I have a social responsibility to safeguard the well-being of those around me, this responsibility does not trump my own well-being or concerns. And so the point that the unvaccinated must put themselves aside and think about their neighbour is one that clearly can’t be made in isolation of personal considerations.

From where I stand, the only reasonable argument that could be put forward in favour of mandating vaccines is the cost of healthcare the Government absorbs for COVID-19 patients, most of whom are unvaccinated. This argument, of course, has nothing in the world to do with maintaining healthy workplace environments and is really only an argument the Government could convincingly put forward.

I don’t think the argument is unsound but I do think it is wildly hypocritical. The argument is more or less that the Government shouldn’t have to expend state resources on people who willingly do things that put themselves in danger. At this point, I may have already estranged myself from political correctness so I may as well just state what should be strikingly though undiplomatically, obvious. The Government has been extending care to smokers, drunk drivers and people who do all manner of reckless or self-destructive things who sooner or later end up in the hospital.

What makes the difference? Is it that unvaccinated people occur in greater numbers and it is therefore okay to suddenly limit people’s ability to live recklessly but the few who smoke and drink are more affordable? Let’s face it. Other vaccines are different. They actually prevent spread. There is a much stronger argument for mandating something that can prevent the spread of a deadly disease. The COVID-19 vaccines are not preventing spread. They are preventing hospitalisations and so does putting away cigarettes and alcohol and garbage foods that cause obesity.

If we can agree that both vaccinated and unvaccinated persons can function as hosts for the virus, then it is quite out of logic to mandate weekly PCR tests for unvaccinated persons but not for vaccinated persons. The whole point of the PCR test is to accurately disclose the COVID-19 status of the individual. Is there a reasonable basis for testing some persons but not others when all persons can spread the virus? Again, I’m not throwing cold water on anybody’s parade but one wonders who is advising the companies now fashionably deciding to go the route of ‘vaccine or biweekly PCR test result’.

This is really not just a private sector issue. Wherever mandatory testing is being done, it would make sense to have all potential hosts tested. Then again, if COVID-19 testing is punishment for being unvaccinated, then it wouldn’t make sense to test everybody, now would it? The question is, what is the purpose of the mandatory PCR tests?

It is clear that some of the most widely recycled arguments for why COVID-19 vaccination should be mandated just don’t stand up to scrutiny. I won’t fool myself into thinking this article will sudden quiet people’s unsound biases but it’s worth a try. I once saw someone boldly sporting a flier announcing their support for mandatory vaccinations. So consumed by their own zeal, the person didn’t realise their flier actually said “I support mandatory vacations.” Don’t be like this person. Just stop and think.

Kristen Gyles is a graduate student at The University of the West Indies, Mona. Email feedback to kristengyles@gmail.com or columns@gleanerjm.com.