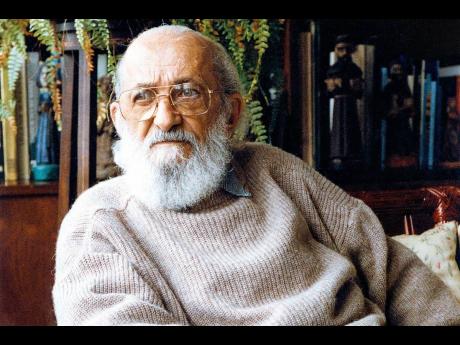 Paulo Freire, a master educator from Brazil who was born 33 years after the abolition of enslavement 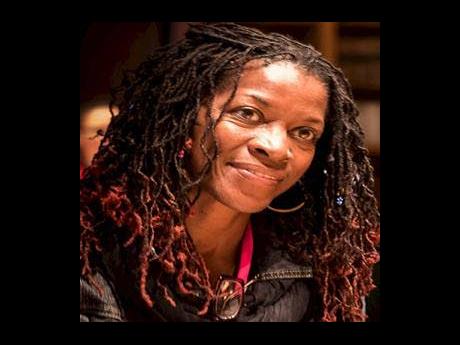 On September 19, 2021, I explained to my 15-year-old daughter Amira-Jioni that that date was the Centennial of Paulo Freire (1921-1997). She had not heard about Freire before, so I explained that he was a master educator from Brazil who was born 33 years after the abolition of enslavement.

It was a bit of a mind boggle for her that an estimated 4.9 million dehumanised Africans were trafficked mainly from Senegambia, The Congo, Luanda (Angola) to Brazil between 1501 and 1866. She gasped when I explained that although enslavement officially ended in Jamaica in 1834 (well, 1838, since those four “Apprenticeship” years was really stolen time), enslavement continued in Brazil until 1888.

We also had to speculate how many enslaved people would have been born for the three centuries that enslavement lasted. One has to take into account that multiple millions of enslaved Africans were reproduced intergenerationally. Brazil’s enslavement toll lasted the longest.

Amira-Jioni was amazed that although he was an ace educator who recommended developing equal relations between teachers and students through dialogue, Freire’s books were banned in many countries. The most famous of his seven books, Pedagogy of the Oppressed, is currently banned in Arizona in the United States of America.

Freire came of political age in an era where the coloniser was still profoundly present – especially in institutions like education. Although he was born in the middle class, the Depression which started in 1929 in the USA spread to Central and South America with a vengeance and had a profound impact on people like Freire and his family. His palpable encounter with deprivation resulted in his galvanised political consciousness. Dropping out of school and experiencing the pangs of hunger that the poor take for granted had a profound impact on the direction of his activism. Freire was convinced that the intersection of education and political action provided a winning combination for emancipation for marginalised social actors from their untenable condition.

My inquisitive child asked me how I came to know about this educator and I explained that Pedagogy of the Oppressed is the kind of book that you can read and reread over several years.

“Every time that you read it something new jumps out at you,” I said.

The starting point for organizing the program content of education or political action must be the present, existential, concrete situation, reflecting the aspirations of the people. We must pose this existential, concrete, present situation to the people as a problem which challenges them and requires a response – not just at the intellectual level, but at the level of action (p. 101).

By now, Amira-Jioni was fully engaged so I pressed on. I explained that Paulo Freire was a pioneer in the application of critical pedagogy to explain that domination can use miseducation to reinvent itself intergenerationally. Education is also a strategic opportunity to theorise and apply liberation strategies.

Freire engaged in dialogue as a mechanism of reducing the hierarchy between educator and learner. He painstakingly produced a conscientisation framework, which aimed at improving critical awareness as a mechanism of empowerment. He acknowledged that the colonial reach persisted in the corridors of the minds of the oppressed within whom was housed the enduring legacy of dehumanisation.

Amira-Jioni asked, “Was Freire saying that government should get a response from the people?”

“Exactly, yes,” I responded. “Not only the government. Educators should engage students in conversations, so that students contribute to the learning process.”

She said that her teachers at Ardenne High encouraged students to actively participate.

I explained further that in the process of educating peasants, Freire engaged in dialogue as a method of collapsing the distance between educator and learner. He used the model of conscientisation to encourage critical awareness.

He acknowledged, however, that the colonial reach persisted in the corridors of the minds of the oppressed.

I was happy my daughter was still interested in the conversation so I added that as far as Paulo Freire was concerned, the process of revolutionary liberation was key for social context.

The master educator meandered between the classroom and the political arena as he saw both roles as seamless. He was convinced that a revolutionary education programme was a prerequisite for the oppressed to exercise agency.

Freire observed that, “One cannot expect positive results from an educational or political action programme which fails to respect the particular view of the world held by the people. Such a program constitutes cultural invasion, good intentions notwithstanding.”

That reference sparked Amira-Jioni and she said that it reminded her of a poem called Invasion that she had written for an English Literature assignment. It was a fitting coincidence and inspired me to include it here:

Put us through hell

And expect use to praise

Shoot us down on every occasion

You have a celebration

There was no assassination.

Our characterisation but today

Floyd they tried to avoid

Well today we will make

A confrontation in this liberation

Why deflect from God’s creation

This is happening in every location,

So let the Lord be my

Salvation work us every day on the

Against the racist Caucasian

Our ancestors had a whole

I wish this was just an animation

We’ve been fighting years and years for a

You cover it up

With a whole fancy decoration

It is already hard for

Us to get education, occupation

Judging on our characterisation

Who wants to raise a child

It is declared that we have

Emancipation but yet we are still owned

We ain’t taking no vacation

Aluta continua, Maestro Paulo Freire! I have a revolutionary walking in my footsteps.

- Imani M. Tafari-Ama, PhD, is the Research Fellow, Regional Coordinating Office in the Institute for Gender and Development Studies, University of the West Indies, Mona. Email feedback to columns@gleanerjm.com