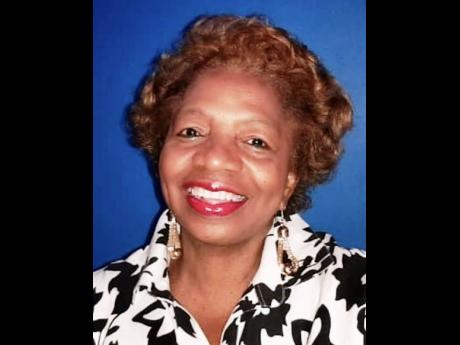 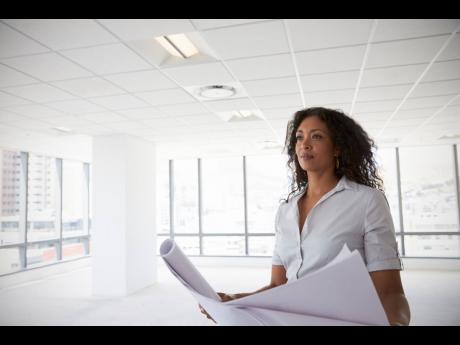 The female engineers in the construction industry are not lifting blocks and steel. They are doing the designs and they are also construction managers
1
2

“You need to control the testosterone levels in this meeting!” admonished my client’s project manager during a site meeting.

This still resonates across the years as my most memorable architect’s moment in handling onsite construction where I was the only woman in the meeting – and in charge.

I had been confident that raised-voices engineers would have resolved issues – after all, they were university batch mates. Britannica Academia elaborates, “… there is a clear relationship between a male’s aggressiveness and his circulating levels of testosteronen… .”

The construction sector is a male domain. The architect’s responsibility is to be ‘in charge’ of all team members, including architecture design, projects coming out of the ground, payment certifications, site instructions, quality of work, conducing meetings, among others.

My client representative chided me that afternoon for abrogating one responsibility that never appeared in any books or lessons on architecture or project management: managing male hormones.

Colleague construction-sector male and female professionals continue to be amazed when I share that story because it came from a man about male issues. Why? More frequently, such remarks have centred around women’s hormonal insinuations, some hilarious, some, sadly, often heart-wrenching. Men in meetings and on construction sites have even suggested linkages to husbands – having, desiring, needing. Harsh but true!

One Jamaican construction professional shared with female colleagues that she sat in her car and cried long and hard after a comment about her husband during an intersectoral meeting!

Bruce Thether in ‘How Architecture Cheats Women: Results of the 2017 Women in Architecture Survey’ in ‘The Architectural Review’ journal writes “… discrimination most often takes place in meetings – one 32-year-old UK architect describes ‘disgusting comments made about my sex life’ in a room in which she was the only woman …”.

The article ‘What Influences Women to Study Architectural, Engineering or Construction (AEC) Majors?’ by Fiona MacDonald and Serdar Durdyev in July 2020 Journal of Professional Issues in Engineering Education and Practice, reports that gender disparity is most prominent in higher-skilled and university- educated construction-industry professions as opposed to trades, including engineers, architects, designers, and project managers.

In the March 2021 journal Gender Issues, ‘Women and “Ideal Women”: The Representation of Women in the Construction Industry’, Catherine Norberg and Maria Johansson note that “… many professions are still heavily gender segregated, which contributes not only to unequal options for individuals, but also to discrimination and overt exclusion … the construction industry is a typical example of a work site heavily dominated by one gender…”.

NO WIFE AND CHILDREN

In the April 22 Gleaner article ‘Sparkes: Women and engineering a natural partnership’, Natalie Sparkes is convinced that women are natural problem solvers. A past president of the Jamaica Institution of Engineers, she admits being heartened by a growing number of women embarking on engineering careers in the last few years, “… the [female] engineers in the construction industry are not lifting blocks and steel. They are doing the designs and they are also construction managers …”.

Graduates of the Caribbean School of Architecture (CSA) at the University of Technology, Jamaica (UTech) average 66 per cent male and 33 per cent female. The first female head of the CSA was architect E. Nadine Issacs, also the first to have an architectural firm and first president of the Jamaican Institute of Architects.

CSA Bachelor’s graduate Kelly-Rae Ashley enjoys her work as an architectural technician with site inspections. Her next step is a Master of Architecture programme on her journey to architect’s registration then establishing her firm.

On the corporate ladder is Urban Development Corporation (UDC) General Manager Heather Pinnock, who, like Ms Ashley, gained her Bachelor’s degree from the CSA at UTech, Ja. She furthered her studies at the University of London in development and planning also at Technische Universität Dresden in Green Economy and climate change, plus others. Ms Pinnock leads over 900 UDC team members into operating at a world-class level, attaining the highest international accreditation standard of ISO:9001 certification for core business processes, programme management, and land services. She motivated the team following several previous unsuccessful attempts.

Recalling with high commendations the first female to own a construction company, Ruthlynn Villiers, managing director of VGC Holdings, Kelly remarked “… she was a true lady, one of the guys ... “. Contractor Villiers was infamous and established a cadre of female construction workers, forming the Women’s Construction Collective, providing basic training in construction skills for women from lower-income communities.

The STATIN April 2021 Main Labour Force Indicators lists 1,206,000 total employed of both sexes with ratio 55 per cent male and 45 per cent female. Of this, there is only one per cent females employed on construction sites.

Minister of Culture, Gender, Entertainment and Sport, Olivia Grange, in 2017, called for more women to be employed in the construction industry. The April 15 Jamaica Observer article ‘Championing reform of the construction sector’ states that data on employment in this is very disarming of confidence in a brighter future for women unless creative and transformative measures are taken.

It also reports Finance Minister Dr Nigel Clarke remarking “paltry” that “… women are virtually absent from the sector. Even in the period from July to October, when there was an increase ...”. The Observer continues: “… before we rush to say that there are no barriers to women’s participation in the sector, let us do the research on gender and the construction sector, examining the experiences of the scores of women, in particular those trained by the Women’s Constructive Collective over the past 30 years …”.

Would more female managers enhance architecture and landscape interventions in Jamaican built environment? Would female traffic engineers produce road solutions for citizens and their children? Would a female bulldozer operator excavate a hillside to compromise foundations of citizens’ fencing and dwellings on their private property without their consultation?

“… Women in the construction sector should be encouraged, not vilified …” remarked a young Jamaican construction-sector professional.

- Patricia Green, PhD, is a registered architect and former head of the Caribbean School of Architecture in the Faculty of the Built Environment at the University of Technology, Jamaica. Email feedback to patgreen2008@gmail.com and columns@gleanerjm.com.