Tony Deyal | A chair is still a chair 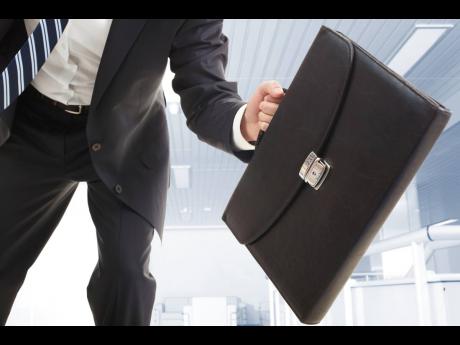 Right now, there are more lawyer jokes than lawyers, and that by itself is worthy of the Guinness Book of World Records.

One of the best lines in Mario Puzo’s The Godfather comes from a meeting of the key leaders of the Mafia who were told by their unquestioned leader, the Capo Di Tutti Capi, “We are all honourable men here; we do not give each other assurances as if we were lawyers.”

Diana Gabaldon, author of the Outlander series, wrote this dialogue about lawyers: “Has he come armed, then?” she asked anxiously. “Has he brought a pistol or a sword?” Ian shook his head, his dark hair lifting wildly in the wind. “Oh, no, ma’am!” he said. “It’s worse. He’s brought a lawyer.”

John Grisham, a lawyer himself, wrote in The Client, “You advised him not to get a lawyer, giving as one of your reasons the opinion that lawyers are a pain in the ass. Gentlemen, the pain is here.”

Over the years, I’ve had many dealings with lawyers and felt deeply insulted when I was told by a friend that I should have studied law instead of journalism and communications as I would have made a very good lawyer. My reply was, “You know my great grandfather came from India and his English was not perfect, and Mr O’Connor, our neighbour, was born in Trinidad. Even though my grandfather made many mistakes in pronunciation, the one word he and Mr O’Connor both pronounced properly was ‘liar’ for ‘lawyer’.”

Right now, there are more lawyer jokes than lawyers, and that by itself is worthy of the Guinness Book of World Records .

What should also find a place in that and other collections are lawyer jokes like these: “What’s the difference between a lawyer and a herd of buffalo? The lawyer charges more.” “What’s the difference between a tick and a lawyer? The tick falls off when you are dead.” “A man asks his lawyer, ‘If I give you a thousand dollars, will you answer two questions for me?’ The lawyer replied, ‘Absolutely! What’s the second question?’” The one I like best, culled from all the reading I did over the weekend on the subject of lawyers and politicians, was by the British Conservative politician, David Mellor, “Lawyers are like rhinoceroses: thick-skinned, short-sighted, and always ready to charge.”

Incredibly, many of us believe that politicians are worse than lawyers. In fact, one of my favourite science fiction writers, George R.R. Martin, wrote in his book Ace in the Hole, “Politicians were mostly people who had too little morals and ethics to stay lawyers.”

In my time, I’ve known and worked for many politicians, from prime ministers to aspirants, and even ‘expirants’ or ‘dead-horse’ politicians. Having lived in several of the English-speaking Caribbean countries and worked in all, I learnt that politics divides and all it adds are rancour, blame and some great comedy.

In Barbados, early in his term as prime minister, Owen Arthur introduced a Value Added Tax (VAT) which caused much concern and even anger. As he headed into an election, he reduced the VAT and many Barbadians were so happy that they went on radio, praising him. One senior member of the Opposition party was so angry that he tore into the callers to a radio talk show, “You all thanking him? That is like if you praise a man because he stop beating his wife!”

I questioned a Jamaican friend if he knew any political jokes and he replied, “Yes, but all of them in Parliament.”

Trinidad is replete and never complete without political jokes and jokers. Many of us remember the days before party politics when one famous politician went to examine a school that, as a religious leader, he took credit for building. When he met the teachers, he was told by the headmaster that the school needed some urinals. Not knowing what that was, the politician looked at his advisor who whispered, “Things to pee in.” The politician, nodding his head in support, piped up, “Oh yes, and some sh**inalls too!”

Tubal Uriah Buzz Butler, founder of the trade union movement, was losing the battle against the party of Dr Eric Williams and had to face a formidable and well-liked female opponent, Muriel Donawa. My friends and I, all Donawa supporters, started to heckle Butler with, “We want Donawa! We want Donawa!” Butler stopped his speech and declared, “Listen! I is a man. I want Donawa, too.”

A few days ago, a young lady-lawyer turned politician, The Honourable Vandana Mohit, while representing the Opposition party in Trinidad as a Member of Parliament, made a statement which brought down the House (of Representatives) and much laughter throughout Trinidad and Tobago. When I heard it, I immediately checked my bookshelf and picked up The 776 Stupidest Things Ever Said to see if her gaffe would replace one of the others or qualify for number 777.

Among the 776 Stupidest Things Ever Said are some comments that are better known but not of the same calibre as the walker and the wheelchair. For example, a British parliamentarian who blundered, “We on this side of the House are not such fools as we look”. This is clearly not in the Vandana league. Samuel Goldwyn, known for his special way with the English language, like “A hospital is no place to be sick” and “A bachelor’s life is no life for a single man”, came close to initiation in the league with, “A verbal contract is not worth the paper it’s written on.”

Former Mayor of Washington, DC, Marion Barry, would have made the cut with, “Outside of the killings, Washington has one of the lowest crime rates in the country.” Irish politician, Sir Boyle Roche, would have definitely been included with, “Little children who could neither walk nor talk were running around in the street cursing their Maker.”

I wondered if the guy in the wheelchair had done what a shareholder of a company threatened, “I will put down my foot with a strong hand” or a politician in a meeting, “I move, Mr Chairman, that all fire extinguishers be examined 10 days before every fire.” If Vandana wants to extinguish, or at least control, the present conflagration of humour and ridicule that she has brought upon herself, she should insist, as Richard Nixon did, “I was not lying. I said things that later on seemed to be untrue.”

- Tony Deyal was last seen saying that, if US Senator Joseph McCarthy was in the Trinidad Parliament, he would have insisted, “That’s the most unheard-of thing I ever heard of.” Email feedback to columns@gleanerjm.com