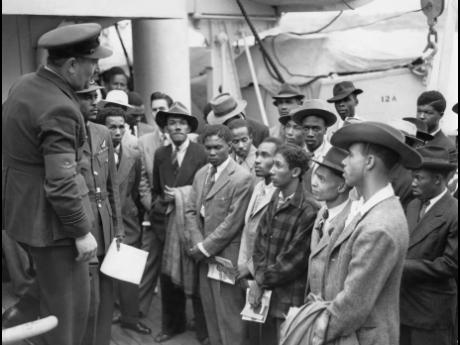 Voice Photo
Empire Windrush with the Jamaican immigrants en masse being welcomed in the United Kingdom when the docked on June 22, 1948. 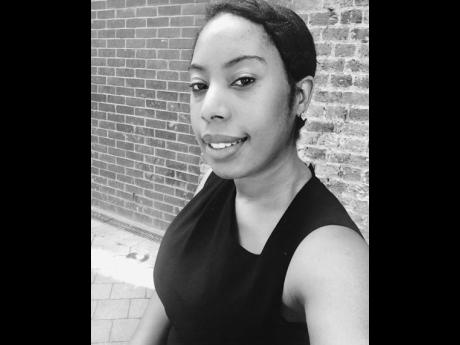 In this issue of Reparation Conversations, a collaboration between The Gleaner and the Centre for Reparation Research (CRR) The University of the West Indies. We revisit the matter of reparative justice for the Windrush generation, an old issue that is once again in the news.

The Windrush Scandal of 2017 has raised its ugly head again with thousands of victims still battling for compensation. Since the British government’s implementation of the Windrush Compensation Scheme in April 2019 following the scandal’s discovery, recent enquiries have found that a vast majority of claimants are yet to receive a penny.

The published report on the Windrush Compensation Scheme by The Home Affairs Committee released on 24th November 2021 has confirmed that as of September 2021, only 20.1% of the initially estimated 15,000 eligible claimants have applied to the scheme and only 5.8% have received any compensation. These alarming statistics have, according to the committee, identified, ‘a litany of flaws in the design and operation of the Windrush Compensation Scheme.’ Since the Windrush Scandal, 23 victims of this ageing community have died without receiving any compensation. The Windrush Compensation Scheme application processes have been criticised for the excessive burden it places on claimants to provide documentary evidence for losses suffered. Causing further emotional distress, the committee confirms there has been a failure to ‘provide urgent and exceptional payments to individuals in desperate need’.

The committee has identified that victims of the Windrush Scandal are in desperate need as a result of long delays and complex difficulties faced when applying for compensation via the scheme. The Home Office, as a governmental department responsible for wrongly detaining, deporting, causing financial loss and emotional distress to victims of the Windrush Scandal, is the same department that administers the Windrush Compensation Scheme. The scheme’s former independent adviser, Martin Forde, QC, stated in oral evidence to the committee that he was ‘very troubled by the Home Office being responsible for the scheme because it is not typical practice for the body that caused the loss to control the amount of compensation awarded’. Many victims have not applied for compensation as there is a lack of trust and confidence in the Home Office. The Home Office in 2010 destroyed the landing cards which belonged to the Windrush generation, therefore, keeping no record of those granted leave to remain.

Their lives during this period was filled with racial abuse, harassment and, at times, violence. With the echoes of sentiments held by anti-immigration politicians like Sir Oswald Mosley and Enoch Powell of the ‘50s and ‘60s, these reminders of the past can only reinforce that for this ageing generation, reparative justice can be the only solution to remedy this betrayal. The Windrush generation’s descendants still face racial injustices while living in contemporary Britain and, although equal opportunity policies of the Windrush generation’s time have evolved into tighter and somewhat effective Equality, Diversity and Inclusion policies, there is still a culture of neglect and dismissal when it comes to supporting the various Black communities of Britain.

It is important to remember that the Windrush generation were invited from 1948 to 1973 as British subjects to help rebuild and fill the post-war labour shortages in Britain. Indoctrinated since birth, prior to independence, people of African descent living within the British Caribbean territories were told, believed and were legally classified as British. The Home Office, by wrongly classifying the Windrush generation as illegal immigrants and therefore ‘not British’, demonstrates an embedded and dismissive attitude link to Britain’s history in colonialism. The promise of the ‘British Empires dream for all’ has now become a nightmare.

The Home Office may not have intentionally targeted the Windrush generation but, the roots behind the actions of those who acted negligently, and the thought process behind the ‘hostile environment’ as a political campaign, should not be disregarded. The Windrush Compensation Scheme has seen a lack of engagement from the Windrush generation according to the committee, as a result of the ‘fear of being retraumatised by the process’. The Windrush generation, dubbed as a special ethnographic group, have since their arrival to Britain suffered various forms of traumatisation due to racial injustices. Just as their ancestors did, they helped to rebuild Britain with racial discrimination as a connecting theme to both their struggles. Whether immigrants sailing to the ‘Mother Country’, or captives being taken away from their ‘Mother’s country’, if true justice is to occur for the Windrush generation and their descendants, then requests for recognition and restitution via reparative justice, including that of their ancestors, must be permitted. The Windrush Compensation Scheme administered by the Home Office cannot deliver this.

Without reparative justice, reoccurring political and societal errors linked to the legacy of the transatlantic slave trade and colonialism will continuously manifest, resulting in numerous ‘lessons learnt’ mostly at the expense of Black and ethnic minority communities. The compensation levels to remedy these continued forms of human rights violations against the Windrush generation and their descendants must be determined by an independent tribunal and not the Home Office. If not, we may find the lyrics of iconic UK reggae band Steel Pulse coming to pass where, ‘Babylon makes the rules where my people suffer…’