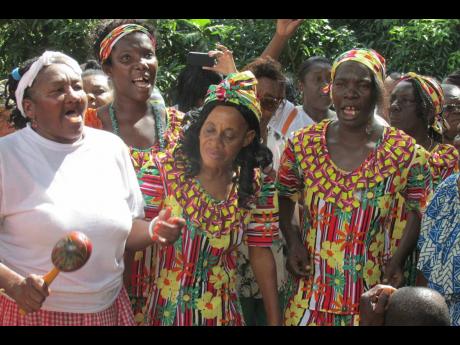 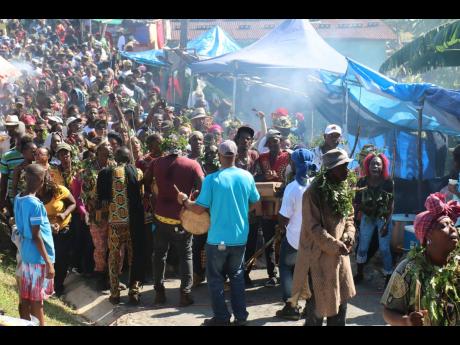 Instead of being hostile to the Maroons, the people of Jamaica should heed these words from International Court of Justice Judge, Patrick Robinson, in his September 6, 2021 letter to The Gleaner Editor 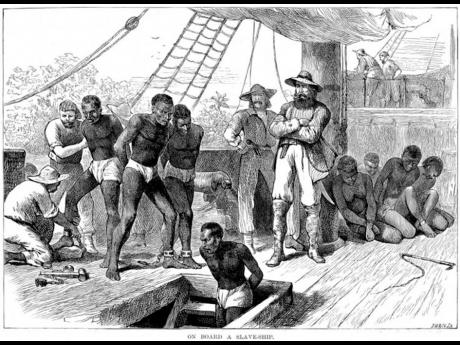 Contributed
An apology on behalf of those who did oppress enslaved and newly freed Africans (in the Morant Bay War, for example), would go some way to heal the wounds of the past and allow all of us to reconcile our differences and sign a realistic 21st-century “Peace Treaty”. 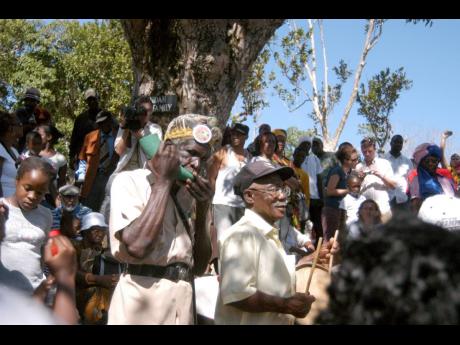 In this edition of ‘Reparation Conversations’, a collaborative initiative between The Gleaner and the Centre for Reparation Research (CRR) at The University of the West Indies (UWI), we attempt to shed some light on the issue of the Maroons of Jamaica and their rights under the United Nations Declaration on the Rights of Indigenous Peoples (UNDRIP).

Indigenous Peoples, said to number between 350 and 500 million in up to 90 countries, are defined as descendants of the first arrivals or earliest surviving occupants of a land. Today, they occupy perhaps as much as 22 per cent of global land area and comprise some 5,000 distinct cultural groups, speaking 4,000 of the world’s 7,000 languages.

According to the World Directory of Minorities and Indigenous Peoples (WDMIP), the Maroons of Jamaica are Indigenous Peoples. Under the heading “Jamaica” and the subheading “Maroons”, the WDMIP states: “The largest early single exodus of Africans away from slavery came when the British invaded Jamaica in 1655 and expelled the Spanish. A large number of Africans escaped into the hills and mountains and linked up with the indigenous Taíno, thereby laying the foundations for the formation of the Maroon settlements.”

Indeed, “Maroon” is said to derive from cimarrón, itself based on an Arawakan/Taino word samara, meaning “arrow”, signifying the ongoing action or flight of an arrow. Gabriel Rocha analogises the Taíno meaning of simara to “the intentionality of … enslaved or colonized people extricating themselves from conditions of oppression”. The black ladinos and African bozales who laboured alongside the Taíno in Spanish mines and on sugar plantations and collaborated with them, seemed to have adopted this understanding of the term cimarron, engendering a tradition of marronage. The Wolofs, as early as 1521, destroyed Diego Colón’s sugar plantation and eventually joined forces with Taínos led by the cacique Enriquillo to send a signal that conquest would be opposed

Marronage, then, defined the existence and experiences of Africans and First Nation Peoples wherever they were enslaved or attempts were made to conquer and enslave them. Maroon communities existed in Africa, from among those who fled raiders for captives or escaped from coffles along what were called “interior slave routes;” dotted the fringes of plantation America, from Brazil to Florida, from Peru to Texas: were found in the Great Dismal Swamp, straddling North Carolina and Virginia, in the Bas de Fleuve region of Louisiana, in San Lorenzo de los Negros, in Veracruz on the Caribbean coast of Mexico, across the Caribbean and in Latin America, especially in Palmares Brazil, where they are known as mocambos or quilombos.

Maroon communities represented an unwavering threat to Europeans. They resisted the ideological premise of slavery and were targeted by European militaries to be destroyed. Yet the resistance of the Maroons never wavered. This is the spirit of marronage - the uncompromising abhorrence for repressive regimes.

As Indigenous Peoples, the Maroons have rights under The United Nations Declaration of the Rights of Indigenous People (UNDRIP), an international instrument adopted by the United Nations to enshrine (according to Article 43) the rights that “constitute the minimum standards for the survival, dignity and well-being of the indigenous peoples of the world”. The UNDRIP, which protects collective rights that may not be addressed in other human rights charters that emphasise individual rights, and also safeguards the individual rights of Indigenous Peoples, was adopted by the General Assembly on September 13, 2007, by a majority of 144 states in favour, four votes against (Australia, Canada, New Zealand, the United States), and 11 abstentions (Azerbaijan, Bangladesh, Bhutan, Burundi, Colombia, Georgia, Kenya, Nigeria, Russian Federation, Samoa, Ukraine). Since 2007, all four countries, including the United States, have reversed their positions and now officially endorse it. On June 16, 2021, the Canadian Senate officially passed Bill C-15, an act respecting the United Nations Declaration on the Rights of Indigenous Peoples.

The General Assembly declared: “Indigenous Peoples have the right of self-determination. By virtue of that right they freely determine their political status and freely pursue their economic, social and cultural development. In exercising their right to self-determination, they have the right to autonomy or self-government in matters relating to their internal and local affairs, as well as ways and means for financing their autonomous functions.” Article 5 of the declaration states: “Indigenous Peoples have the right to maintain and strengthen their distinct political, legal, economic, social and cultural institutions, while retaining their rights to participate fully, if they so choose, in the political, economic, social and cultural life of the State.” Article 10 is clear: “Indigenous Peoples shall not be forcibly removed from their lands or territories. No relocation shall take place without the free, prior and informed consent of the indigenous Peoples concerned and after agreement on just and fair compensation and, where possible, with the option of return.”

Instead of being hostile to the Maroons, the people of Jamaica should heed these words from International Court of Justice Judge, Patrick Robinson, in his September 6, 2021 letter to The Gleaner Editor:

“… the Maroons occupy an important and pivotal place in our history and culture. They were the first colonised enslaved group to defeat the British or any other European slaveholding country, 65 years before the enslaved in Haiti defeated the French. They were the first colonised people to defeat the British, 30 years before the Indians – who were not enslaved – in the famous Anglo-Mysore war, 1767-1769. The fact that they agreed with the British to return enslaved runaways does not nullify the significance of their achievement.”

APOLOGY WOULD GO A FAR WAY

At the same time, in the same way that CARICOM states are asking descendants of the British colonisers to apologise to the descendants of Africans and Indigenous Peoples for historic wrongs committed by their ancestors against them, I agree with Judge Robinson that the Maroon leadership “should be more forthcoming in seeking a rapprochement with the Jamaican people about this regrettable part of their history; something akin to a truth and reconciliation process may be needed”.

Yes, it was the British State that co-opted ancestors of today’s Maroons into their chattel slavery project, encouraging a divide-and-rule policy when the Maroons, after an 80+ years’ war, were so close to taking over the country from them. Yes, not all Maroons adhered to the treaty and fought with the British against other black people. Yes, not all who sought refuge in Maroon Towns were returned.

Nevertheless, an apology on behalf of those who did oppress enslaved and newly freed Africans (in the Morant Bay War, for example), would go some way to heal the wounds of the past and allow all of us to reconcile our differences and sign a realistic 21st-century “Peace Treaty”.

- Prof Verene A. Shepherd is the director of CRR. Email feedback to reparation.research@uwimona.edu.jm and columns@gleanerjm.com.