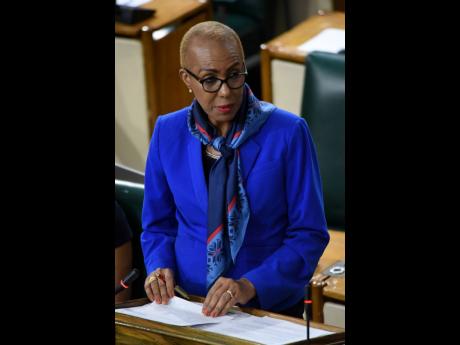 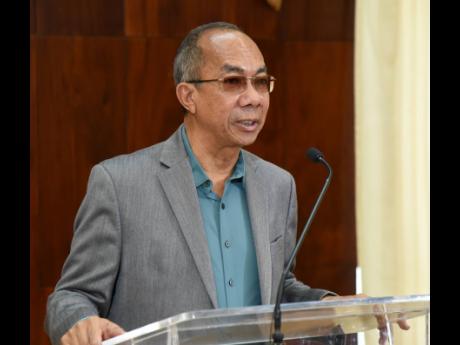 Recently, Jamaican politics has been indulging its favourite pastime, namely, majoring in the minor.

We the people have endured loud and cantankerous political squabbles (hyped up by media) about the square root of nothing. Take, for example, the extreme political angst recently expressed because a school in Westmoreland insisted that its female students wear uniform skirts no shorter than five inches above the ankle.

The consequent furore was instigated by unrelenting antagonists of school rules (especially grooming rules) who appear to believe that there should be no uniform code of dress or grooming for children in school.

Education Minister Fayval Williams gave a stout (and, in my opinion, sound) defence in Parliament of the need for school rules in the pursuit of discipline and urged parents who disagreed with any particular rule to “engage the process”, which would eventually include the ministry if no local-level satisfaction was achieved. I fully support Favyal’s parliamentary statement.

Then the issue was compounded by an inane response in a media interview from the school principal who seemed to suggest that a long skirt was a defence against sexual predators.

Finally, the “gotcha” crew had what it needed. A full-throated offence was launched against the principal, and when Fayval tried to politely support the principal’s right to her opinion (without necessarily agreeing with it),opposition politicians reverted to default mode by calling for her to resign.

This was the second opposition call for Fayval’s resignation in about a month. On August 20, one Wensworth Skeffery (that’s ‘SK-effery’) had earlier called for the minister to resign because of the “teacher migration” hullaballoo. His reason? “She has no clue about education.”

So when we ignore the illusory “sexual predators” rubbish, what exactly are we arguing about? Are we saying that a long skirt hinders a child’s ability to learn? Would a shorter skirt improve that fundamental objective?

A recent letter to the Gleaner editor began like this:

“I think that too much emphasis is being placed on school uniforms. I agree that students must be fully attired in uniforms with moderate lengths – an inch or two below the knees, but I take issue with the insistence that uniforms must be three and four inches below the knees.”

So there it is. The political storm in an opinionated teacup is brewing over whether a school uniform skirt should be two or three inches below the knee. This is where I’d normally tell a joke about the inch that saved the world, but I keep being reminded that this is a family newspaper. So I’ll let that one go.

Really? Seriously? Reams of newspaper columns, hours of expensive airtime, and thousands of cubic metres of political hot air have been wasted on THIS? A Cabinet minister whose sincere commitment to her job is undeniable is asked to resign over THIS?

Nobody is talking about the big picture. Nobody wants to admit that our curricula, our teacher training, and our teaching philosophy produce graduates unsuited for real life or for nation building. We’re obsessed with liberating girls’ skirts and students’ hair styles.

Then there’s Horace Chang. In the wake of rising societal brutality so heinous that it defies normal understanding and cries out for innovative responses (and maybe divine intervention) Horace, speaking at a groundbreaking ceremony for a police station in Westmoreland, reached backwards for good old-fashioned eye-for-an-eye philosophy and said:

“In the old days they used to criticise police for extrajudicial killing. At the same time, what they used to praise police for was when they formed some special squad and shoot down a bad man. So I hear that when they shot ‘Bulbie’, it was a big t’ing! Made the minister almost a hero! But we clip the police. They operate professionally. They are not out there shooting down people like that. Extrajudicial killings is (sic) a (sic) historical t’ing. They have had fatal shootings because man shoot gun after them. I’m not telling no policeman not to fire back. And I said it here in Westmoreland. I’m not sending no ambulance out there either.

“Any time a man tek up a gun against a police, I expect commissioner to train them - when him fire him mustn’t miss. Don’t want him to come give no trouble to hospital or home … and if him get hurt, him get hurt. Once he pull a gun, a police officer must be prepared to deal with him. I don’t even want him to give any trouble. You know you go to hospital it cost $10 million fi save him life, yu know. I not inna dat.”

Oops. To borrow shamelessly from the iconic Paul Keenes-Douglas, “Who tell him say so?”

The statement was immediately translated by perennially anxious-for-sensation media into an instruction to police to “shoot to kill”, which, although strictly inaccurate, is a fair interpretation of the remarks.

One “journalist” went so far as to ask PNP officers at a post-conference presser to comment on Chang’s “shoot on sight” instruction, which only exposes the lack of training in language or control of bias that is too widespread in today’s media.

It has been a feature of Jamaican political life that the National Security Ministry is where political careers go to die. There have been notable exceptions, the most recent being Peter Phillips. But prime ministers don’t usually place close political allies like Horace Chang in that post unless the problem has become so intractable and the will to deal with it so passionate that you can’t afford the luxury of appointing a political rival.

Horace Chang is obviously at the end of his tether after his strategies (SOEs) to deal with the viciousness of organised crime were obstructed by Opposition one-upmanship politics. He doesn’t recognise the possibility that the Opposition may have helped him by preventing voters from seeing the fullness of those strategies’ ineffectiveness. All he seems able to see is that his genuine efforts to stem crime are being frustrated, and blame for the horrifying results is being laid at his door.

So Horace Chang succumbed to an overdose of honest expression of honest feeling. That’s all. His mistake was to say in public what some former national security ministers have said to police in private. He may have gone overboard with the public nature of his “no hospital” admission, but those of us living in real Jamaica know the standard journey for (alleged) gunmen (allegedly) injured in “shoot-outs” with police has always been long and winding, costing plenty expensive petrol and trunk space. Political huffing and puffing won’t convince most that a heartfelt expression of frustration was somehow a heartless invitation to unprecedented lawlessness.

But, of course, loud wails went up from the Opposition and human-rights activists calling for Horace’s resignation. FOR WHAT? For representing, however clumsily and inappropriately, the view of the majority of Jamaicans, which is what he was ELECTED to do?

Not one political shedder of crocodile tears or earnest human-rights defender addressed the roots of the crime problem, which are the mass influx of guns into Jamaica from the USA (often through “legal” ports of entry); easy access by criminals to guns, including via the “legal” regulatory authority; or the apparently endemic and relentless corruption in the police force.

The truth is, you can “shoot to kill” as many as you like (or not), but until these fundamental issues are addressed, criminal customers for these guns will reproduce in multiples. Yet I didn’t hear one critic of Horace’s alleged misspeak mention any of THAT in passing.

So two senior Cabinet members, neither of which is accused of involvement in or facilitation of any corruption, are asked to resign or be sacked because they allegedly misspoke regarding areas of their portfolios. It’s time we understand the consequences to governance caused by our warm embrace of Westminster and the British Monarchical system.

Lookie here, folks. The PM has a pool of about 50 candidates (lucky to have so many) to fill his Cabinet that together with state ministers, numbers more than 20. Even a deck of cards has 52 cards to be shuffled. If he fires every minister who misspeaks or makes an honest error, who will replace that minister?

Since PMs are barred from selecting from the available pool of three million Jamaicans, it’s arrant nonsense to call for Cabinet resignations unless you suspect a minister of being involved in or facilitating corruption. Absent that, can we have a civilised conversation with ministers with whom we disagree but with whom many Jamaicans agree without knee-jerk calls for sackings?

P.S.: In last week’s column, my comment on Bruce Golding’s pleasure that the Charter of Rights had been insulated from Acts of Parliament was:

“This is ironic in light of recent JLP parliamentarians’ casual disregard for these provisions in too many instances, including NIDS; States of Public Emergency; and now, proposed mandatory minimum sentences and discriminatory bail refusals.”

Unfortunately, the passage appeared in The Sunday Gleaner in italics, which could have misled readers to believe I was still quoting Bruce. I apologise for any discomfort this printer’s error caused.