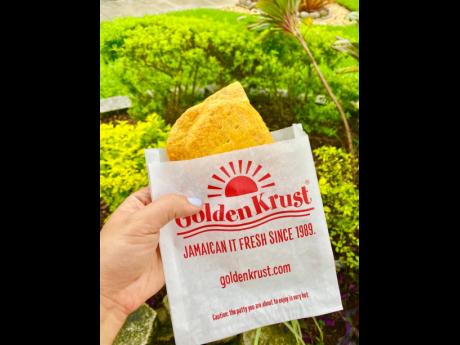 Contributed
The plant-based protein filling for the Golden Crust plant-based patty is flavoured with local seasonings like Scotch bonnet pepper and thyme, imported from Jamaica. 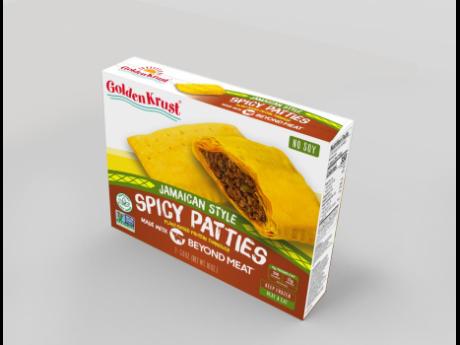 Contributed
Golden Krust plant-based patties are made with Beyond Meat.
1
2

When spicy filling meets perfected pastry, you know it’s time for a fresh-from-the-oven patty. The hot and enticing treat, indulged in as a snack or a full-fledged meal, resonates in the heart of many Jamaicans, from ‘yaad’ to abroad. It also possesses the tasty ability to convert foreigners and non-believers, too.

Golden Krust, champion of Jamaican patties internationally, has decided to expand its flavour profile with a new addition to the patty family: plant-based protein. Director of Marketing at Golden Krust Restaurants, Steven Clarke, said the initiative was conceptualised back in 2017 to facilitate the shift to healthier food choices and feed that demand by providing an alternative to meat.

“My Uncle Lowell, who passed away, was interested in trying this after a friend recommended it to him. So we actually went out to try a plant-based burger in the Lower East Side in the city and saw where this could work,” said Clarke.

He noted that the company saw the growth of the health market and how Beyond Meat, the Los Angeles-based producer of plant-based meat substitutes, was progressing as a business. “We saw that people were switching and trying to eat healthier. And, we thought that there was an opportunity to take up our traditional trademark 30-layer, flaky, golden crust and fill it with the next hottest trending food, which was plant-based protein,” he shared.

The plant-based protein is flavoured with local seasonings like Scotch bonnet pepper and thyme, imported from Jamaica.

President of Retail at Golden Krust, Haywood Hawthorne, weighed in by declaring, “We are proud to partner with Beyond Meat to produce a plant-based protein patty with all the heritage of our Jamaican family recipe. We are excited to share this innovation with consumers seeking plant-based protein options and still expect the authentic taste our fans love.”

Beyond Meat is equally thrilled by the partnership, with Tim Smith, vice-president of food service sales in North America, noting that the company appreciates Golden Krust’s trust in providing plant-based protein for its loyal and new customers.

Since the recent launch of the product, the reception, according to Clarke, has been phenomenal. American singer, rapper, songwriter, and flautist Lizzo had previously expressed her love for patties, so Golden Krust treated her to the Beyond Meat patty to try, and was blown away by her exciting review.

“The fact that she took the product, tried it, and was moved enough to share it on her stories is big. It’s a testament to the strength of the Golden Krust brand, but also, I think it shows how powerful our Jamaican culture is,” said Clarke.

The plant-based offering, which is a premium member of the ‘Better for You’ Jamaican patty line, is set to hit over 100 Golden Krust restaurants and more than 1,000 supermarkets. The plan is to target the foodies along the East Coast, but they see room to whet the appetites of those on the West Coast as well.