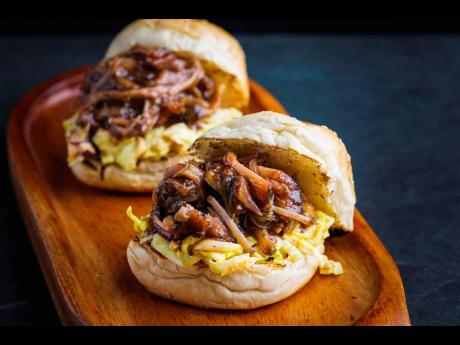 Contributed
The sweet and spicy slider is made with smokey pulled jerked pork in a robust Guinness BBQ sauce. 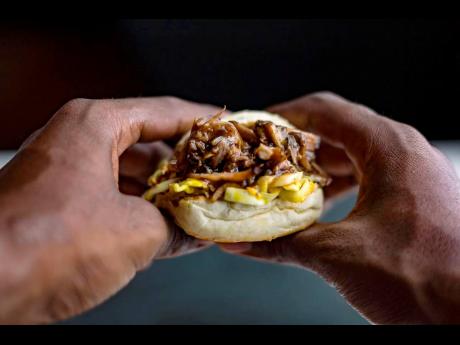 Sweet and spicy are just some of the words used to describe the Guinness BBQ Pulled Pork Slider.

In celebration of International Stout Day, the featured menu item has returned to the list at Usain Bolt’s Tracks & Records (UBTR) for today only, paired with steak fries and an ice-cold Guinness.

Initially developed for the restaurant’s Father’s Day menu, the Guinness BBQ Pulled Pork Slider was such a hit that they’ve decided to make it available at their Kingston and Montego Bay locations to commemorate Stout Day.

The slider is made with smokey pulled jerked pork in a robust Guinness BBQ sauce, topped with honey-mustard coleslaw.

Since 2011, the first Thursday of November has been dedicated to the celebration of International Stout Day in honour of the full-flavoured ale made from dark-roasted malt.

“This International Stout Day, we want to show some appreciation to our consumers for their overwhelming support over the years. Guinness lovers can look forward to specials at several participating bars, and some pretty good food and drink combos at their favourite restaurants. The appreciation continues for the entire month of November, with the chance to win a Bluetooth boom box through our supermarket activations,” said Nathan Nelms, Guinness brand manager.