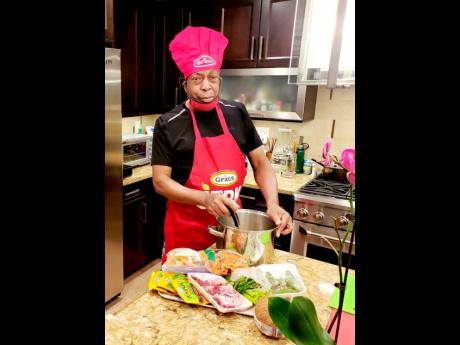 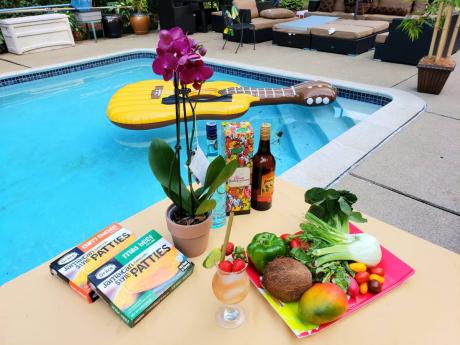 Contributed
Rodney setting up for a recent PIX Channel 11 TV food special on Caribbean cuisine from his backyard. 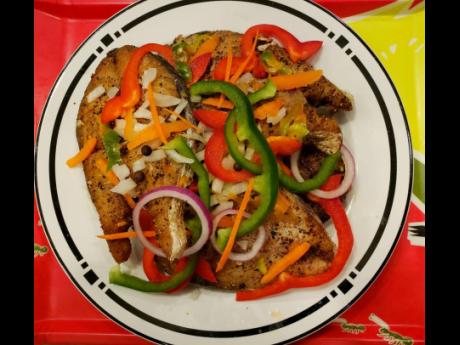 Contributed
The escovitched kingfish and a home-made pickle sauce. 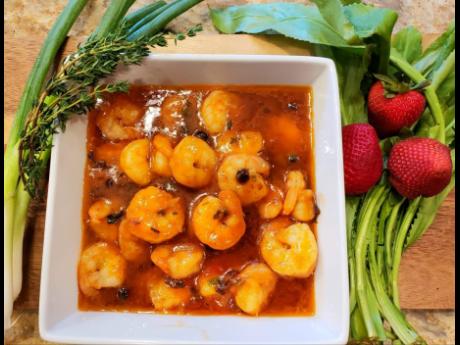 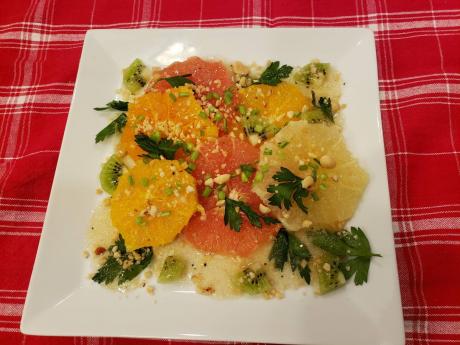 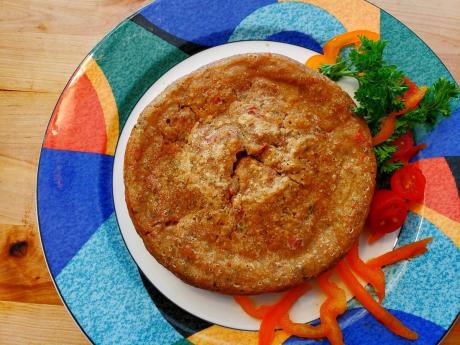 Dave Rodney is that guy who always looks so unbothered that he fits into the décor – any décor. He really defines ‘been there, done that’, but the exceptional thing is, far from being blasé, his attitude says that he’d do it all over again, with quite a bit of enthusiasm on top.

Rodney wears many hats, among them public relations guru, music producer, travel consultant and writer, concert promoter and chef. As a 20-year-old, he packed his bags and jetted off to France on a scholarship, and, as he tells Food, “I learnt much more than the language.” No stranger to delectable fare, his taste buds were inspired by the Mediterranean cuisine, and that was the continuation of a journey that had begun beside the coal pot and wood fires built by his grandmother, who was originally from Madagascar.

I was always around good food. My maternal grandmother in Savanna-la-Mar was from Madagascar in the Indian Ocean, and she was a great coal-stove and wood-fire cook. My mother cooked and baked. My brother would go to Whitehouse early mornings to buy fresh catch from the seaside that he would cook the same day for lunch, and my aunt in Port Antonio had a restaurant next to the Port Antonio Market on West Street. So growing up, great-tasting food was everywhere. At 20, I lived in the south of France and was introduced to Mediterranean cuisine. After returning to Jamaica, I worked for the Jamaica Tourist Board and spent a great deal of time in some of the island’s best hotels, where I learned a lot about Jamaican foods and also learned to eat omelettes, ackee and snails. And I learned a lot, too, from travelling around the world and exploring foods – from the Amazon Jungle in Brazil to Trinidad and Tobago and Guadeloupe, to Japan, Europe and Africa. You learn new things everywhere you go. And some of my best friends are chefs.

2. What is your favourite dish to prepare?

I do great soups, a wicked curry chicken, and a curried shrimp that’s to die for. I’m also very good with fish and roast beef. And recently, I did a sweet and sour shrimp that was amazing. But ... I’ve never cooked rice and peas, and I don’t know how to.

3. What is your favourite dish to eat?

I eat very little, but I love to entertain, so when I cook, it’s not for me. I love rice and peas; so flavourful that it needs no meat. I love crab too, any style.

4. Share with us your best and worst food experiences.

My best food experience was dining at a five-star restaurant in Tokyo called Roger Verge. The food was out of this world, and I later discovered why. Roger was one of the creators of what is known as ‘nouvelle French cuisine’. But guess what? Roger, a Frenchman, learned to cook at a hotel on Jamaica’s north coast. When he returned to France, he established some of the hottest restaurants around the world in the 1990s. I also can’t forget a Creole crayfish meal I had in a roadside shack while driving around the island of Guadeloupe.

I was with a group of visiting press from WBLS Radio in New York, and we were served dead lobster on Hellshire Beach. Luckily, I passed on the lobster and had to race them to the hospital. Most people don’t realise how dangerous lobster can be if it is not properly handled.

5. What dish would you prepare for someone with an adventurous palette?

6. How do you merge food, marketing and music?

In our culture, food is the altar at which we worship, even if it’s just for bread and wine. So great food enhances and amplifies every single thing we do. Except for weight loss!