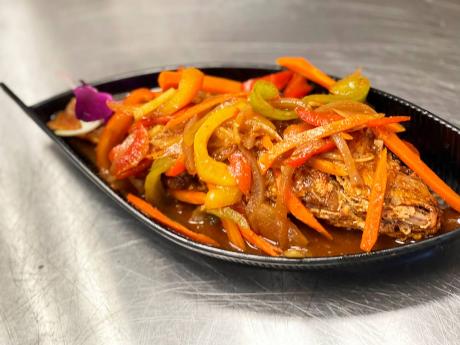 Contributed
You can bet on authentic flavour and win with this brown stew snapper from House of Dutch Pot Las Vegas. 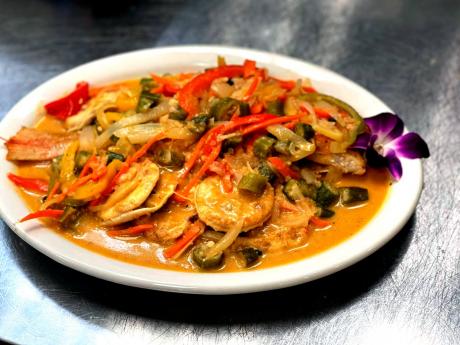 Contributed
This savour-to-the-bone steamed fish comes with all the fillings: okra, carrot and, of course, water crackers. 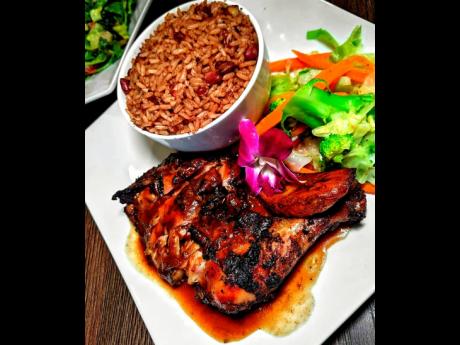 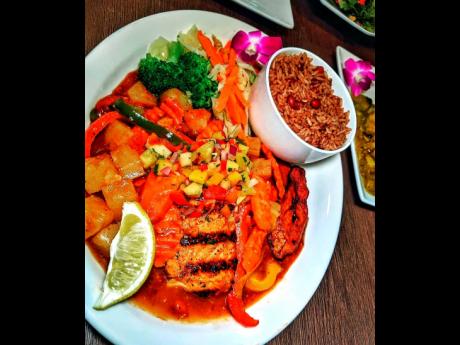 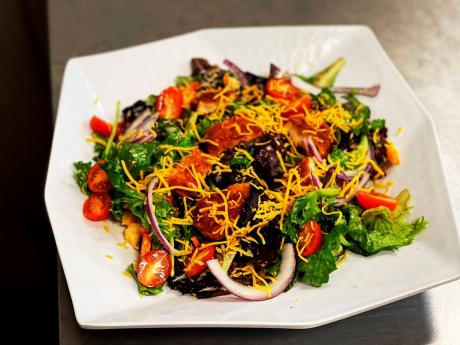 Contributed
This fried chicken salad explores the best of both worlds. 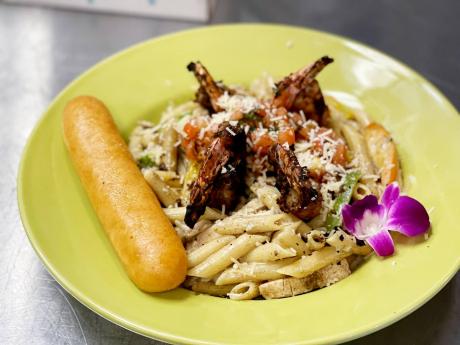 One of the many joys of visiting Las Vegas is experiencing the melting pot of flavour. But something was missing for a set of talented and proud Jamaicans, who joined the culinary scene to offer authentic Jamaican dishes. Now it’s official: you can bet on fiery taste and win with House of Dutch Pot.

Located 12 minutes away from the city’s hip strip, the ‘yard at abroad’ restaurant specialises in all of the local favourites: steamed fish with all the fillings like okra, carrot and, of course, crackers; fried fish with festival; oxtail rasta pasta or oxtail with rice and peas; peppered shrimp, garlic buttered shrimp, curried chicken, jerk chicken, fried chicken, as well as a wide range of salads and meatless options.

According to owner Junior Smith, since opening its doors on June 26, the reception has been welcoming and rewarding. “We pride ourselves on quality and great customer service. And people love it. I’ve been in management for over 15 years, so that’s very important to me.” Both he and his brother began this tasty adventure in New York. But their food history dates back much further.

“I first discovered my love for food at the age of four or five, but that was because my grandmother was always cooking. I learned all of that from her,” Smith told Food, as he recounts his days growing up in St Thomas. His parents were celebrated chefs, so he was born and raised to appreciate authentic herbs and spices. As the family migrated to the United States, the food lover didn’t leave his roots behind.

He and his brother started their cooking journey from their garage in New York, and received strong support from others who encouraged them to start a restaurant. The venture seemed like a viable option for the culinary school graduate. “We tried in New York, but the property tax and rental was too much,” he shared. Further, the field was saturated in the Big Apple. So they turned their sights to other states and took a gamble on the city with world-class entertainment.

“I told my brother that we needed to take a risk. There isn’t much Caribbean food available to the people. I look at Vegas as the next big city in America. And we wanted to link Jamaican cuisine to the West Coast,” he revealed. His mother, who is a certified baker, does all the fresh pastries, from bread pudding and potato pudding to carrot cake, so it’s a family initiative. Crediting the support to good marketing strategy over social media, Smith hopes to take the restaurant industry by storm and one day open franchises all over the city and other states.