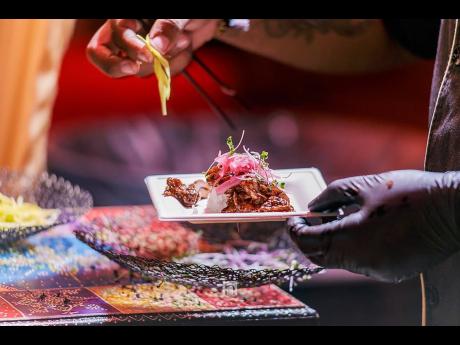 Contributed
In 2019, pre-pandemic, the Jamaica Food and Drink Festival (JFDF) presented Asian culinary event titled, Chopstix: Oriental with a Twist. The JFDF has been nominated for a Caribbean’s Best Culinary Festival Award by the 2021 World Culinary Awards. 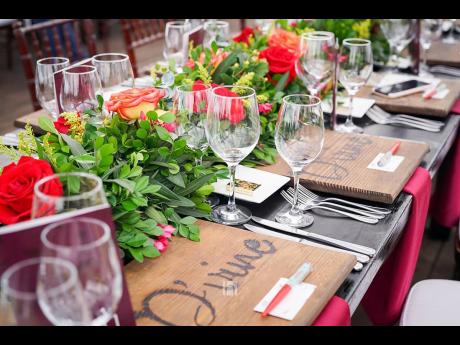 Contributed
The idyllic setting at the 2019 JFDF's Wine Dinner, D'Vine. 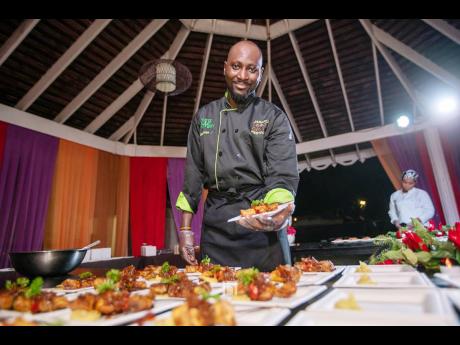 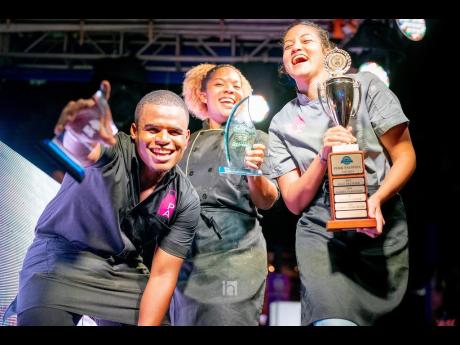 Contributed
From left: Timothy Skyers and Charissa Henry Skyers, and Brittany Ho of Pink Apron show off trophies and winning smiles after receiving the Top Hog prize at JFDF.
1
2
3
4

Organisers of the Jamaica Food and Drink Festival (JFDF) are calling on patrons to vote, vote, vote, as the annual foodie event recently picked up a nomination for the Caribbean's Best Culinary Festival Award.

The nomination was announced by the 2021 World Culinary Awards, and the JFDF is urging supporters to place their votes before the September 17 deadline.

The nominee with the most votes will be named the 2021 World Awards winner at a gala ceremony in Dubai on November 7. Other regional events contending for this award are Cayman Cookout (Cayman Islands), Extraordinary Eats (Anguilla), and St Barth Gourmet Festival (Saint Barthelemy).

In recognising the honour and prestige of this nomination, Minister of Tourism Edmund Bartlett congratulated the JFDF team. “I am extremely delighted to learn that the Jamaica Food and Drink Festival has been nominated for the Caribbean's Best Culinary Festival accolade by the World Culinary Awards 2021,” said Bartlett.

He continued, “It is truly proof of how beloved our food is around the world and how valuable gastronomy tourism can be to our destination. Jamaica is undoubtedly worthy of this recognition as our delectable cuisine beautifully represents the island's diverse culinary heritage and the spirit of the Jamaican people. I, therefore, congratulate the organisers of the Jamaica Food and Drink Festival on this achievement.”

An annual, week-long gastronomic celebration, the JFDF takes place during the last week in October and has grown significantly since its 2015 inception. Today the festival attracts visitors and international media alike and has become synonymous with culinary innovations offering everything from high-end wine pairing soirees and brunches in the cool Kingston hills to a family-style food market event in downtown Kingston.

Waldemar Cordero, head of marketing, Caribbean and Central America regions for Visa, the festival's title sponsor, said JFDF has maintained a "superior standard". “Over the years, Jamaica Food and Drink Festival has maintained a superior standard of culinary excellence and, as their partner, we at Visa would like to congratulate them on their well-deserved nomination for the Caribbean's Best Culinary Festival by the World Culinary Awards 2021. We will continue to support JFDF as they continue to strive towards gastronomic brilliance.”

According to Matthew Lyn, chairman of the JFDF, the team benchmarks global events to ensure that all executions are top-notch and that the team is living up to its mandate to make Jamaica 'the world's coolest food destination'.

The festival has accumulated a number of accolades in its short run, some of which include being designated a semi-finalist of the World Food Travel Association Food Trekking Awards 2019.