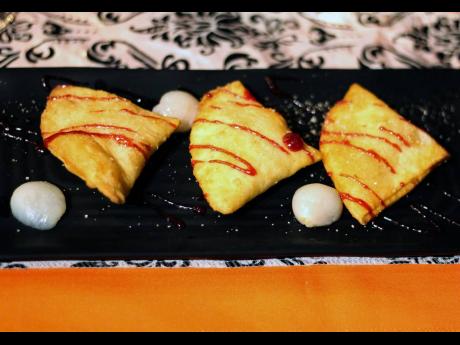 Stephanie Lyew
The decadent golden pastry filled with pieces of lychee and a tart cream cheese was a blend of familiar flavours. 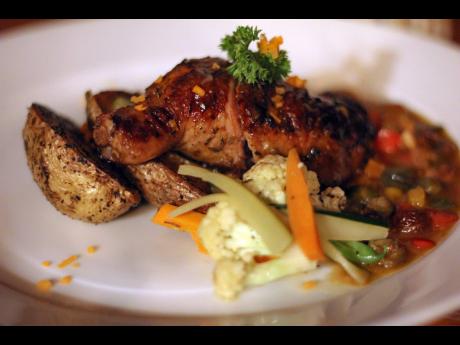 Stephanie Lyew
The combination of rum and raisins never misses, and it pairs well with this Chicken Agrodolce, which is Italian sweet and sour. 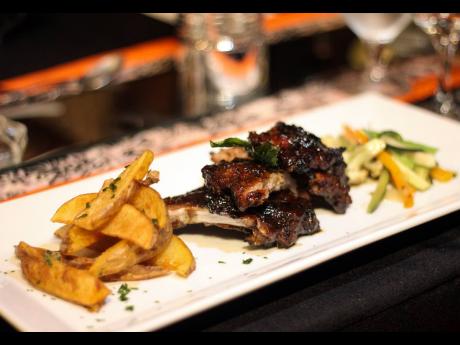 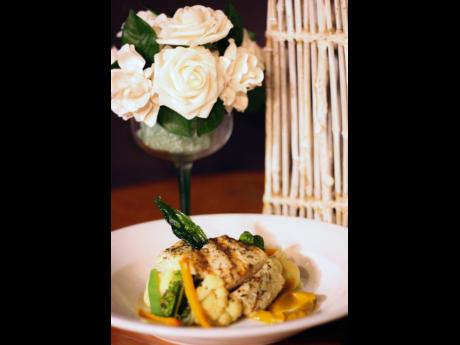 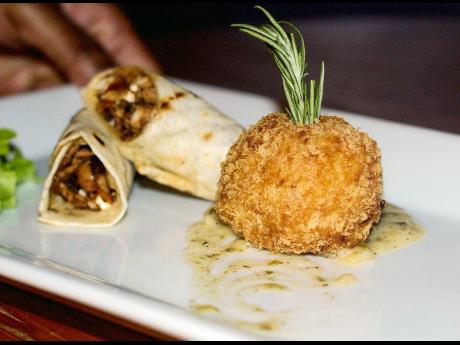 Stephanie Lyew
The Spicy Crab and Shrimp Croquette are a must-have for seafood lovers looking for something new to try. 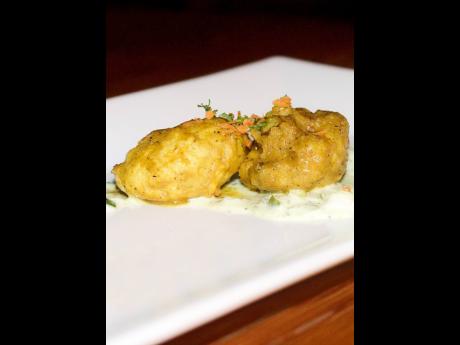 Stephanie Lyew
The cauliflower florets, named Choufleur l’Orange, were flavoured with a combination of citrus and curry. 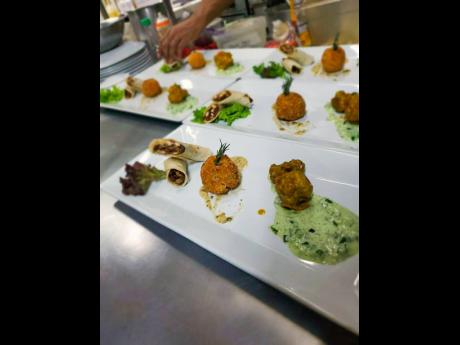 Stephanie Lyew
Cellar 8 appetisers are all lined up in a row and ready to go. 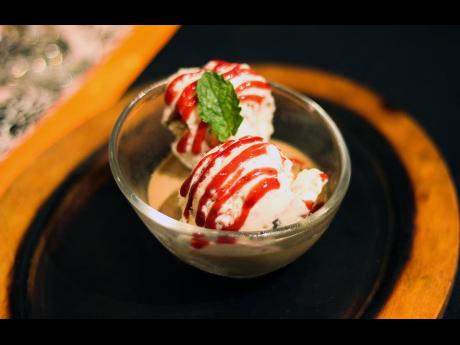 Stephanie Lyew
The Blackberry Chocolate Chip Gelato was smooth, sweetened just right and had those who ate their fill begging for more. 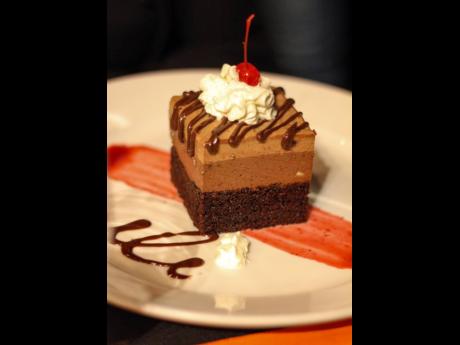 Stephanie Lyew
With the fudge chocolate cake, topped with milk and dark chocolate mousse, it’s no wonder it is called Death by Chocolate.
1
2
3
4
5
6
7
8
9
10

Cellar 8 is giving wine and food lovers everything but the vineyard with its latest selections. Collaborating with its new executive, Chef David Wellington, the bistro unveiled its new appetisers, entrées and desserts for the season, with ingredients that take taste buds back in time.

Guests were invited to the private tasting event, held last week Wednesday at Cellar 8’s loft, and got a first glimpse – and taste – of the retro Italian-inspired menu, showcased by Chef Wellington, who is highly trained in classic fine foods. He said that the revamping was done so that the menu could be better paired with wine. “Before, there were more new-aged foods such as fried foods or introducing flavours such as sorrel into the recipes. The new menu incorporates more sun-dried tomatoes, olives and mushrooms – going Italian, so to speak – and still being creative,” Chef Wellington told Food. He added, “We’re going back in time, working with traditional ingredients that pair well with wine so that we can upsell as a wine establishment and not just an upbeat restaurant with amazing food. We want to introduce more people to wines and show them how these wines are best had.”

The menu’s starters were the Choufleur l’Orange, which is deep-fried cauliflower in a curry and orange sauce served with cucumber raita (a cucumbers and yoghurt dip) which had a slightly tangy taste with a cooling effect on the mouth; chicken and sun-dried tomatoes rolls with raisins and the spicy crab and shrimp croquette.

In main courses, there was the option of Korean barbecue ribs and flame-grilled snapper in a pumpkin purée, spiced with Scotch bonnet pepper. To mimic the usual inclusion of figs in the Italian recipe, Chef Wellington substituted figs with guava. There was also Pasta Arriabata, a mixture of Chorizo and ground beef in the classic tomato and parsley sauce and the Chicken Agrodolce, a guest favourite because it was an exquisite melding of flavours leaving much to the imagination. It was a sweet and sour fusion of capers, roasted bell peppers, and, to top it all off, white-rum marinated raisins. Mmm!

“People need to come and taste this food. They will find it is healthier by far,” said Chef Wellington. “Also, I must highlight that the new menu features recipes made entirely with locally grown produce. We are trying to introduce a lot of vegan dishes as we see a lot more persons interested in that lifestyle,” he added.

Other culinary creations included the orgasmic desserts: the Death by Chocolate, Lychee Cream Cheese Puffs and Blackberry Chocolate Chip Gelato on rich chocolate mousse. These were made by Kelsé-Ann Watson, also new to the establishment, in the position of garde-manger and pastry chef.

The exclusive list of tasters for the new menu included food critic Adolph Raynor, social butterfly Mala Morrison, and sommelier Matthew Pragnell, who selected the organic Nuna wines from Mendoza in Argentina, which he did to avoid taking away from the food.

Cellar 8 was initially an evening to night restaurant, but that has changed. It has consistently pivoted over the past year and a half – from introducing a lunch menu to making kerbside pick-up available.

Nasma Chin, marketing consultant and one of the restaurant’s partners, said that although Cellar 8 has changed its menu a couple of times in the last three years, “a lot more people are becoming familiar with different tastes”. She said with the new chef, Cellar 8 is looking to provide “elevated cuisine”. “We were happy to launch the new menu with our guests, to hear their review of the food,” she continued.

Looking ahead, Cellar 8 wants to open another location, but the ideas are up in the air for now. “The restaurant industry has been hit hard; at Cellar 8, patrons’ safety is our number one priority, but in respecting the various changes, we continue to dig deep for ways to reinvent ourselves, that when people come here, they feel like they can leave their troubles outside. We have to thank persons from the neighbourhood that have been supporting us, they are the ones keeping us afloat, and we just want persons to know there is a warm environment here where they are always welcome,” Chin said.